Our taxes are going toward programs that mostly help higher-income households while there are a variety of other less costly carbon abatement methods. 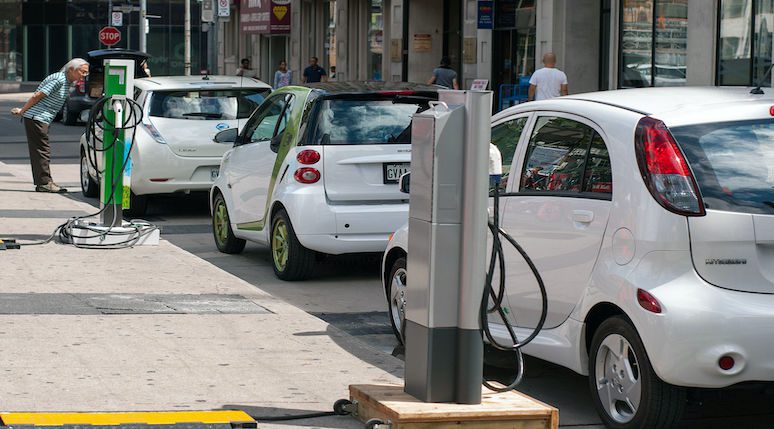 In the past three years, the federal government pumped more than $300-million into its Zero-Emissions Vehicles (iZEV) program, which offers Canadians up to $5,000 to help them buy electric vehicles (EVs).

Then, while other countries were beginning to phase out EV subsidies, the Liberals in last summer’s election campaign promised a further $1.5-billion over the next four years to help wean more Canadians from internal combustion engines.

On top of the federal money, there are also provincial subsidies ranging from zero in four provinces, including Ontario, to $8,000 in Quebec. Further incentives are also available for those buying household or commercial charging stations.

For all of the effort, Canada has not cracked the global Top-10 list for EV ownership per-capita, trailing such nations as Norway, Italy and Iceland.

The point is, government subsidies are not a cost-effective way to reduce greenhouse gas (GHG) emissions. And, given that the government pays for them out of general tax revenues, these subsidies aren’t even accessible to all Canadians.

EVs are expensive. In Canada, you will pay from $12,500 to $25,000 more than equivalent gas models. The data is clear: higher-income households account for a disproportionate amount of EVs purchased in Canada, making them also the primary beneficiaries of EV subsidies.

The good news is that the auto companies are introducing new lower-cost technologies and scaling up manufacturing production. Market competition could lead to cost parity between an EV and its gas model equivalent sometime between 2025 and 2030. Price equivalency, along with lower operating costs, will make owning an EV by lower-income households much easier. At present though, our tax dollars are going toward programs that mostly help higher-income households. This on its own is troubling.

Studies show that each time a new EV replaces a new gas-powered vehicle purchase, GHGs are reduced on average by 28.2 tonnes over the vehicle’s life. That includes the differences in carbon emitted during manufacturing and vehicle operation.

In the absence of subsidies, estimates are that EV sales will drop by half. So, for every extra EV sale that occurs as a result of the federal EV subsidy, the federal government spends $355 to reduce one tonne in GHGs. Including provincial subsidies, the cost of reducing one tonne of emissions rises to between $512 for Newfoundland to $964 for Quebec.

Should we consider EV subsidies as money well spent? After all, if one believes that climate change is a serious global threat, it is crucial that any emissions abatement policy should produce the greatest possible reduction in GHGs per dollar spent.

The federal government estimates that one tonne of GHG emissions incurs costs or damages of $50 to society. This is called the social cost of carbon. So, for every tonne of carbon emissions we can reduce, society saves or benefits by $50.

By this standard, the federal government spends $7 on its EV subsidies to save $1 in social carbon costs. When provincial programs are added in, the federal/provincial governments combined spend between $10 and $19, depending on the province, to save $1 in social carbon costs. The subsidy programs are very costly and inefficient.

For example, one tonne of methane has the same climate impact as approximately 25 tonnes of carbon dioxide. Methane can escape or leak from oil and natural gas facilities. Cost-effective policies could include offering tax credits to companies that develop better leak detection and repair systems or developing more comprehensive regulations covering methane emissions.

Jerome Gessaroli teaches at the British Columbia Institute of Technology and is a visiting fellow at the Macdonald-Laurier Institute.