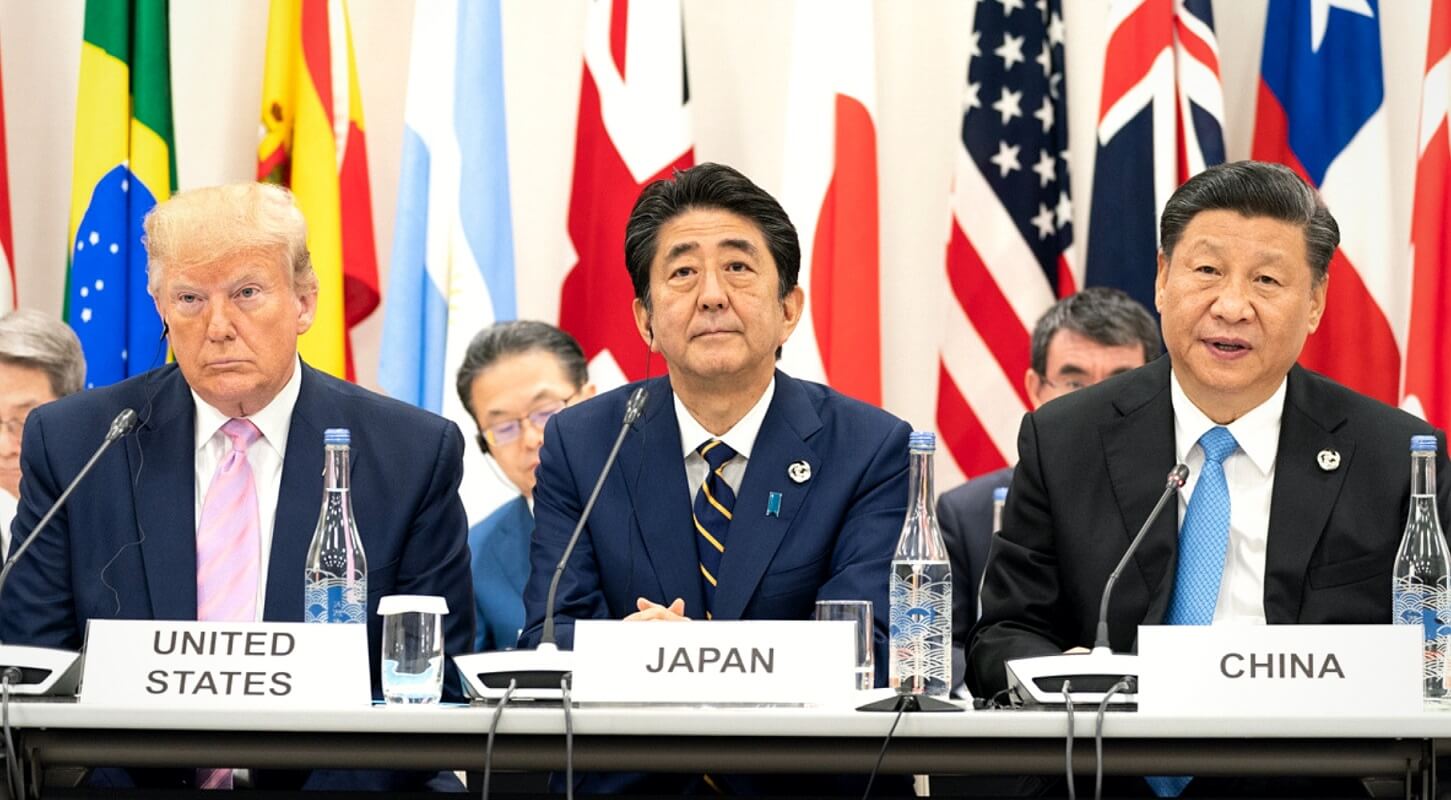 Last week, Japanese Prime Minister Shinzo Abe hosted Chinese President Xi Jinping for a bilateral summit in Osaka on the sidelines of the G-20 summit. World leaders frequently hold such meetings alongside international gatherings, but this one was special, particularly because it happened during Xi’s first visit to Japan since he took office in 2013. During the meeting, both sides praised the positive trajectory of ties between the two countries and made plans for Xi to visit Tokyo next spring.

At least as measured by visits, the trajectory is positive indeed. Xi’s meeting follows Abe’s own official state-level visit to Beijing last October, which came on the heels of a state-level visit to Japan in May by Chinese Premier Li Keqiang, during which the two sides agreed to memoranda of understanding on a range of issues, from social security to private sector cooperation on infrastructure development in third countries. Underlining the importance of reestablishing a pragmatic relationship with China, Abe even took the step of accompanying Li to Japan’s northern island of Hokkaido following official meetings in Tokyo.

All this positive feeling is remarkable given the vitriol that characterized the relationship just a few years ago, in the wake of Chinese moves starting in 2010 to challenge Japan’s sovereignty over the Senkaku Islands (also claimed by China and referred to as the Diaoyu Islands) in the East China Sea. Tensions reached a high point in 2012 when protestors in Shanghai burned Japanese cars in the street, causing Japanese multinationals such as Toyota to temporarily shutter their offices there. Another sore point was Abe’s decision to visit Yasukuni Shrine, a site dedicated to Japan’s war dead, including several Class A war criminals from World War II.

So what has changed? In structural terms, the answer is very little. On security matters, Japan and China are still at loggerheads over the Senkaku/Diaoyu and the Chinese vessels—a blend of commercial, fishing, coast guard, and naval—that continue to show up in Japan’s territorial waters surrounding the islands. Meanwhile, Japan continues to respond to China’s rapid military modernization and regional assertiveness by bolstering its own defense posture and readiness.

Just this past year, Japan’s released its latest National Defense Program Guidelines, which laid out the country’s defense priorities—largely deterring China—for the coming five years. In the accompanying budgetary plan, Tokyo pledged to procure an additional 45 F-35 fighter jets. (It already has 42.) Japan has also launched its first-ever amphibious brigade aimed at repelling any possible Chinese invasion of the country’s Nansei island chain, which includes the disputed Senkaku/Diaoyu. In a nutshell, Japan’s security and defense officials have no doubt that their primary challenge remains China, regardless of a simultaneous desire to stabilize political ties.

The economic realm is largely unchanged as well. Although Japan is looking to cooperate more with China, both in trade and investment, it is not acquiescing to China’s economic vision for the region. Namely, Tokyo remains critical—although in a softer tone than the United States—of Beijing’s signature Belt and Road Initiative (BRI). It continues to call for transparency, sustainability, and long-term viability and remains hesitant to cooperate with China directly, preferring instead to work with third-party countries or through its own initiatives, including the development fund it recently established with the United States and Australia. That preference falls in line with an important thematic change in Japan’s Free and Open Indo-Pacific vision, which has evolved from a security-heavy strategy, focused on enhancing defense and security partnerships in the region, to a more balanced approach that prioritizes economic supply chains and sustainable investment. Beijing meanwhile is content to move forward with its BRI projects despite criticism from the United States, Japan, and others.

What has changed, though, is the erosion of relations between the United States and China. U.S. President Donald Trump’s tough stance on China has, in part, forced Beijing to recalculate its approach to Japan. It is simply unsustainable for China to have adversarial relationships with both the United States and Japan at the same time. It has serious long-term conflicts with both but also relies on them as its top two destinations for trade. China remains Japan’s largest trade partner, and Japan is China’s second-largest export market after the United States. And so Beijing has taken steps to put things with Japan back on a stable playing field. Rather than holding firm to its previous insistence that the restoration of high-level diplomacy was preconditioned on Japanese concessions over the Senkaku/Diaoyu (a position Beijing clung to for many years following Japan’s purchase of three of the islands in 2012), China has backed down and realized that its isolation of Japan was ineffective. Beijing has turned down its public diplomacy offensive against Japan (which Tokyo has reciprocated) and returned to playing up mutually beneficial economic relations, despite political and security differences.

In short, pragmatism on both sides has restrained the ugly public diplomacy wars that defined the relationship in recent years. Tokyo and Beijing realize that stability in their political relationship is good economics. The incremental improvement in the relationship is significant, but it should also be placed in context.

Pro-Police Rally in Hong Kong - We’ve See This Before in Taiwan: J. Michael Cole in the Taiwan Sentinel