The Cenovus takeover of Husky is a sign of weakness in the oilpatch, not strength: Jack Mintz in the Financial Post 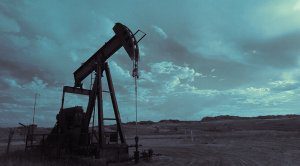 It follows a long line of foreign divestment from the oilpatch that now totals roughly $45 billion, writes Jack Mintz in the Financial Post. Below is an excerpt from the article, which can be read in full here.

In yesteryear, the Cenovus takeover would have been celebrated as a terrific outcome: a Canadian company achieving greater economies of scale and competitiveness and also becoming a leader in a foreign-dominated sector of the economy.

Back in 1975, Pierre Trudeau created a state-owned oil company, Petro-Canada, and set about subsidizing Canadian ownership in the oilpatch. His 1980 introduction of the National Energy Program, which suppressed Canada’s domestic oil price and transferred up to $100 billion from Alberta to the rest of Canada, also discouraged foreign investors from investing in the oilpatch, given the heavy-handedness of this public intervention. Central Canada generally approved even as Western alienation caught fire.
It took the 1981-83 recession and huge federal deficits to bring a political sea change in Canada. After the Mulroney government was elected in 1984, the National Energy Program was dismantled, Petro-Canada was privatized and foreign investors returned to Canada’s resource sector. After 1997, the oil industry boomed with the growth of oilsands production. Foreign investment reached a feverish pitch by 2014, just before Justin Trudeau’s election.But the Cenovus takeover of Husky is due to weakness in the oilpatch, not strength. Because Husky is owned by Li Ka-shing, it will officially show up as a transfer of money out of Canada or negative foreign direct investment. As such, it follows a long line of foreign divestment from the oilpatch that now totals roughly $45 billion, including divestments by Devon, ConocoPhillips, Norway’s Equinor, Chevron and Murphy Oil, just to name a few. Canadian companies have also been moving out: EnCana (now Ovintiv) moved its headquarters to Denver and companies like Enbridge and TCE acquired important assets in the United States and Mexico.

The new nuclear arms race that wasn’t: James Fergusson for Inside Policy