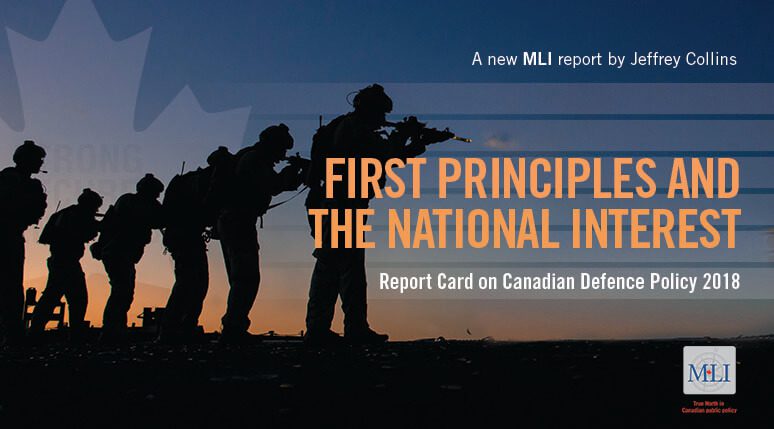 OTTAWA, ON (December 6, 2018): In a dangerous and changing world, getting Canada’s defence policy right is as important as ever. From Russia, to China, to North Korea, and more, Canada is facing global challenges for which Ottawa must be prepared.

With that in mind, MLI is pleased to release a new report by Jeffrey F. Collins titled First Principles and the National Interest: Report Card on Canadian Defence Policy 2018. MLI’s report card is the first study to broadly take the pulse of Canada’s defence policy since the last election and assess the government’s progress. It grades the Trudeau government’s approach to defence based on whether it has adhered to 26 expert recommendations across the themes of defence priorities and principles, the security environment, alliances, UN involvement, and future capabilities.

So far, the government has delivered on only eight of the recommended priorities.

“Given the absence of clear metrics and a thorough, independent assessment by the government,” Collins explains, “this report [offers] a rare, high-level overview of the actions that have – or have not – taken place since the 2015 election.”

Based on recommendations from a previous MLI paper, this report assesses each recommendation as either ‘complete,’ ‘ongoing,’ or ‘incomplete and prognosis poor.’ It finds that the Trudeau government has completed eight of the expert recommendations, 11 remain ongoing, and seven are incomplete with no indication that the government will resolve them.

For the recommendations that are completed, Collins argues that the government is keeping with long-standing defence policy practices in Canada. This includes prioritizing defence policy along domestic, continental, and international lines as well as responding to immediate allied operational concerns, such as in the Middle East and Eastern Europe.

“Chief among the eight completed recommendations are those actions that are in keeping with longstanding defence policy practices in Canada,” Collins writes. “Significantly, the Trudeau government has remained committed to those missions that have their origins in the Harper era. This continuity speaks to the structural pressures and realities facing Canada.”

Recommendations that remain ongoing generally have more to do with the impact of the Trump presidency and the growing uncertainty over America’s role in the world. “The emergence of great power rivalries and nativist US foreign policy are challenging the international norms relied upon for stability since 1945. For Canada, questions remain over US interest in maintaining NATO and the continental alliance represented by NORAD.”

Lastly, for the seven recommendations that are incomplete with poor prognoses, Collins argues that “procurement woes, domestic political sensitivity, and money,” are all playing a role.

“The unwillingness and inability for successive Canadian governments to replace the aging CF-18s is an endemic problem… Ballistic missile defence is another issue that remains unresolved for domestic political considerations despite the seriousness of the North Korean ballistic missile threat.”

To learn more about Canada’s policy performance on defence, check out the full paper here. The final scorecard may also be read on its own below.

Jeffrey F. Collins is a fellow at the Canadian Global Affairs Institute, as well as a research fellow with the Centre for the Study of Security and Development at Dalhousie University, and the University of Manitoba’s Centre for Defence and Security Studies. He received a PhD in Political Science from Carleton University in 2018 and a law degree from the University of Aberdeen in 2009 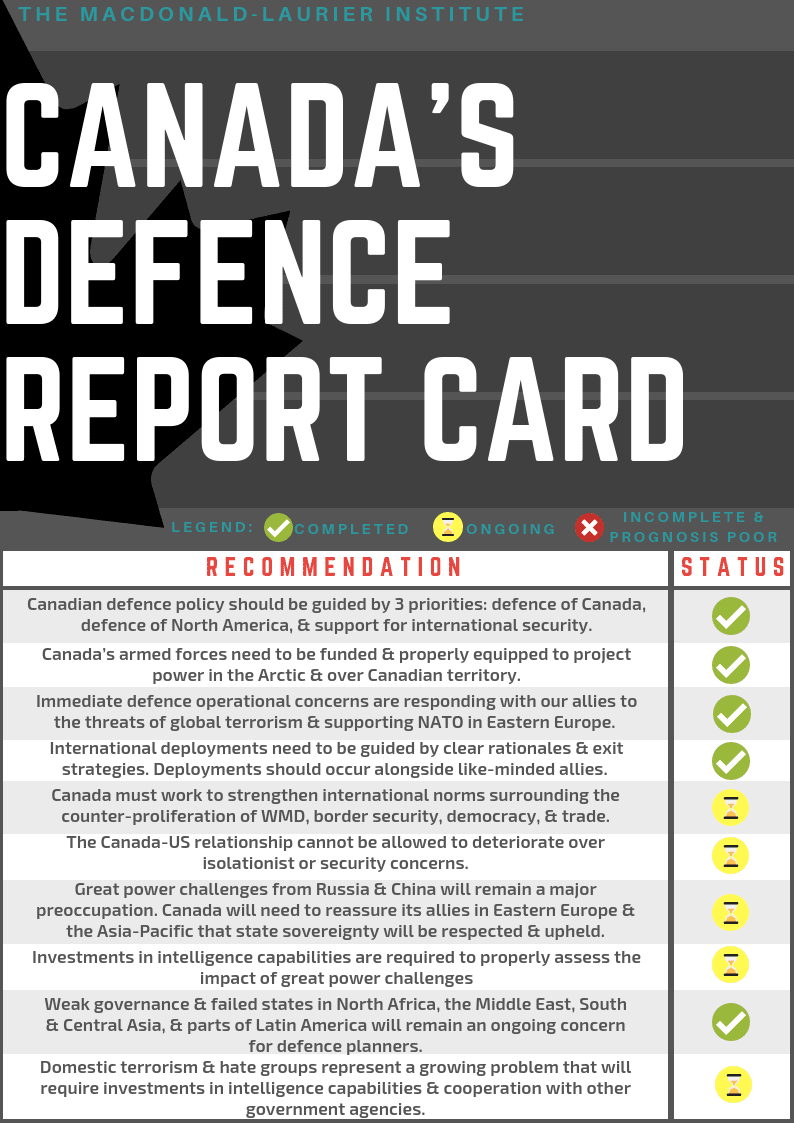 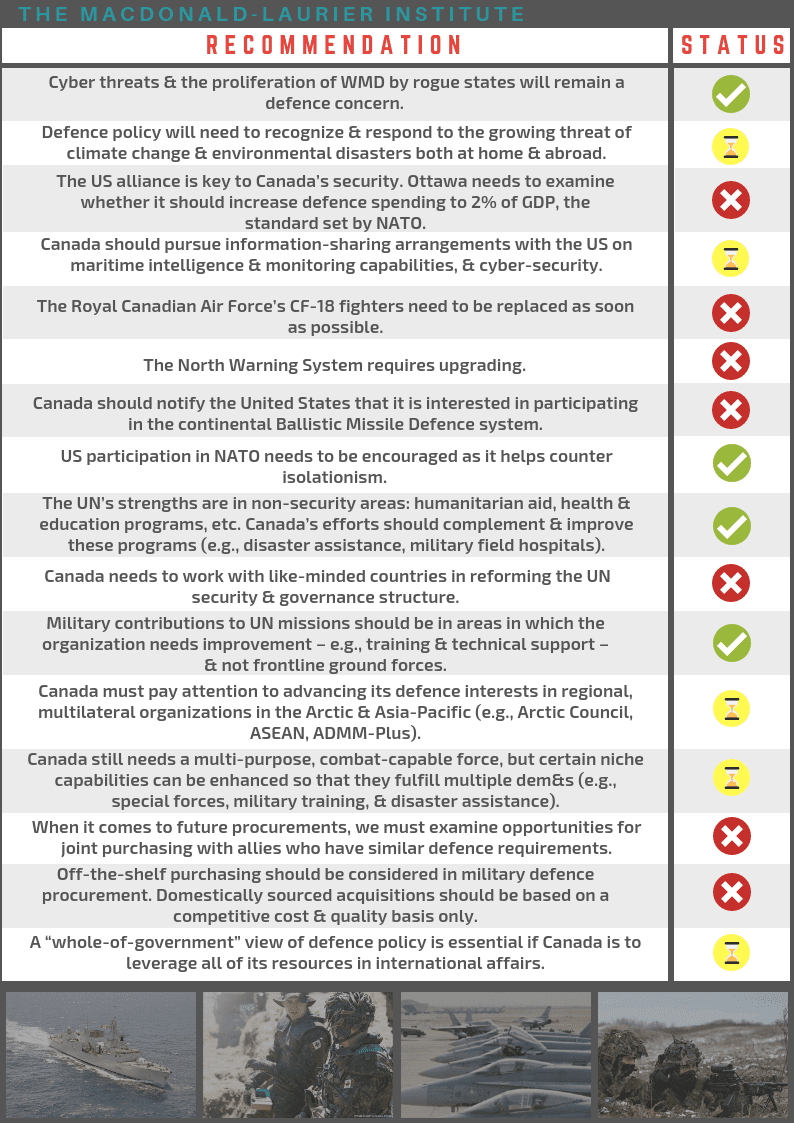