in Columns, Inside Policy, Latest News
Reading Time: 5 mins read
A A 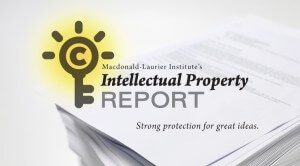 Patent issues have rarely been as interesting to the Supreme Court of Canada as they have been in recent years.

The court recently granted leave to AstraZeneca to hear its appeal of a finding of invalidity of its patent related to the NEXIUM product. This case suggests that Canada’s highest Court remains interested in settling patent law on what may seem like esoteric points. These concepts include what constitutes the “promise of the patent” and its relevance to the patentability criterion, the “utility” of a patent.

Critical patent issues have garnered attention over the past several years in Canada and internationally, because they touch on both industrial policy as well as health policy (given the relevance of patent exclusivity to provincial drug budgets). In deciding to hear the appeal, the Supreme Court presumably recognizes that what many may view as arcane Canadian standards for patentability, have significant practical implications for brand name and generic companies operating in Canada.

Intellectual property and patent protection matters to innovators; they define the business environment for companies willing to share their inventions with Canadians, disclosing their inventions as part of the patent “bargain”, and expecting, in return, exclusivity for a time limited period to recoup their investment in bringing the products derived from their patented ideas to market.

Generic drug companies have different interests; they stand to benefit substantially from invalidating patents on products before the end of their expected patent term that may be worth tens or hundreds of millions of dollars of sales annually to a generic company by bringing  a less expensive copy of the once-patented product to market.

The manner in which patent law has developed in the courts over the past several years has been disadvantageous, disproportionately, to the innovative pharmaceutical industry. Many Canadian patents that were granted on pharmaceutical inventions have been invalidated, years after they were granted but well before their expiry dates, by challenges from generic companies that the patents lacked “utility”.  This concept is a legal term which does not equate to the commonly understood notion of “usefulness”; it is an element of patentability which involves the application of court-made tests and standards. It is the development of those principles by case law that is unique to Canada, which has led to the current debate as to whether Canada’s law is in line with international standards, as it is impossible to predict how the patenting principles will be applied, and therefore, whether patents when granted will be found valid.

The trend of the courts invalidating patents led to Eli Lilly lodging a complaint in 2014 under the NAFTA dispute resolution processes, after patents on two of its top-selling products were invalidated. In that dispute, Lilly claims under the investor-state provisions for damages of $500 million, claiming that its rights have been violated under the expropriation and compensation provisions, minimum standards of treatment, and national treatment provisions of NAFTA.

In a statement released after the case was filed, Eli Lilly’s patent counsel, Doug Norman, said that the Canadian courts’ approach to assessing the promise of drug patents could deter companies from developing new drugs for sale in Canada.  “It’s impossible to know what specific ‘promise’ can be implied from an application, and how much data are needed to support it,” Norman said. “If this pattern persists, the already challenging business of medical innovation will become all the more difficult in Canada.”

On the other side of the debate, Public Citizen, a Washington D.C.-based watchdog organization, commented that the company’s so-called investor-state challenge “marks the first attempt by a patent-holding pharmaceutical corporation to use the extraordinary investor privileges provided by U.S. ‘trade’ agreements as a tool to push for greater monopoly patent protections, which increase the cost of medicines for consumers and governments.”  They have further commented that, “If Eli Lilly is successful in its claim for compensation, it “could expose Canada to a slew of investor-state attacks from other drug companies that have had patents invalidated because their patent applications failed to show or predict that the medicines would provide the promised benefits.”

The trade case has attracted international attention as it calls into question the potential for private companies to challenge the laws of a country through the use of dispute settlement provisions of trade agreements, which may have application beyond NAFTA to other agreements with similar provisions.

Eli Lilly’s claim is that the courts in Canada are applying the patent “promise doctrine” unfairly, requiring patentees to provide proof of a drug’s effectiveness as at the date of the patent application. It claims the bar for validity of a patent is set too high in Canada, and that it has, as a result, suffered financial losses “from the application in Canada of unique and burdensome patent utility standards which are inconsistent with international norms and Canada’s treaty obligations.”  While all countries are required to provide protection for inventions that are new, useful and unobvious, these standards are interpreted and applied at the national level.  For example, unlike Canada, in some other countries, evidence of “usefulness” that arises after the date a patent application is filed can suffice to meet the utility patentability criterion.

The Canadian government has defended the trade case, referring to Eli Lilly as a “disappointed litigant” that is now trying to turn the NAFTA panel into a “supranational court of appeal from reasoned, principled, and procedurally just domestic court decisions.”  The matter is set to be heard in May, 2016.

Concepts of patent validity similarly arise in the AstraZeneca appeal which is set to be heard by the Supreme Court. At issue in the AstraZeneca case is whether the patent for NEXIUM, used for “gastric acid, reflux esophagitis and related maladies”, delivered on the “promise”, which in this case was an improved therapeutic profile, claimed at the time the patent application was filed. The claimed invention in the patent was found by the Federal Court to meet certain other criteria of patentability, and in respect of “utility”, the court confirmed there is no particular level of utility that must be shown. However, if a patent promises a specific result, utility of the invention will be measured against that promise. In the analysis, the court ultimately held that the patent “promised more than it could provide … despite its many strengths, for this fatal flaw, the ‘653 patent for Nexium is invalid.”

The Federal Court of Appeal agreed with the lower court’s finding, holding that the Federal Court had directed itself to the correct legal tests applicable to claims construction, inventive concept and utility.

This is not the first utility case to capture the attention of the Supreme Court.  In January 2014, generic drug maker Apotex was granted leave to appeal a finding of validity of Sanofi’s patents on its Plavix product, a blood thinner; initially the Federal Court had found the patent invalid, but that had been reversed in Sanofi’s favour at the Court of Appeal. The Sanofi case was set to be heard on November 4, 2014, but was settled literally on the eve of the hearing.

With the granting of leave in the AstraZeneca case, the Supreme Court may actually get the opportunity to pronounce on these important issues. The eventual decision, taken together with the outcome of the NAFTA hearing, could signal the need for change to Canada’s law, at minimum, in terms of how courts should apply international norms of patentability, and whether a made-in-Canada approach to patent utility can, or should, survive.

Adrienne Blanchard is founder of Blanchard Law Office, and a practitioner in IP and life sciences law.

Want to boost innovation? Get government out of the way: Brian Lee Crowley in the Globe

Want to boost innovation? Get government out of the way: Brian Lee Crowley in the Globe