All this debt won’t be painless: Jack Mintz in the Financial Post 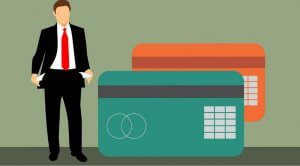 The pandemic-induced recession is busting public budgets throughout the world, both to fight the virus and to satisfy unprecedented demands for fiscal and liquidity measures. According to the latest IMF Fiscal Monitor, the fiscal and liquidity support that has been provided already exceeds what was done in the 2008 financial crisis. As of April 8, fiscal and liquidity measures add up to US$3.3 trillion and US$4.5 trillion, respectively, which sums to roughly nine per cent of world GDP. The most common spending measures have been transfers to firms, wage subsidies, unemployment benefits and direct income support for households. Typical revenue measures include tax and social security deferrals and tax relief.

The IMF predicts that Canada will be the second biggest budget-buster of all advanced countries. Our general government fiscal deficit is expected to be 11.8 per cent of GDP, surpassed only by the United States. Only oil-rich Norway is expected to run a fiscal surplus in 2020, though that will be down from its healthy surpluses of earlier years.

Norway is not the only country to have run surpluses prior to the cataclysmic economic downturn we are now facing. Germany, Cyprus, the Czech Republic, Hong Kong, Iceland, Korea, Luxembourg, Malta, Netherlands, New Zealand, Singapore, Slovenia, Sweden and Switzerland were all in the black on average over 2015-2019. Except Cyprus and Slovenia, they all also had gross debt burdens below 60 per cent of GDP in 2019, with the exact numbers ranging from 0.3 per cent of GDP in Hong Kong to 60 per cent in Germany. As a result of their responsible fiscal management these countries are in a better position to absorb the deficits they’re now incurring.

Although Canada has not had runaway deficits or debt since the past economic crisis, we should stop bragging about our public finances. The part of our debt that is about to mature and will have to be replaced by new financing amounts to more than 20 per cent of GDP (fifth highest among advanced countries, behind only Japan, the United States, Italy and Spain). Such a big debt rollover will expose us to more financial disruption. Although we have been running relatively modest federal, provincial and local public deficits up to this year our gross public debt is now expected to hit 110 per cent of GDP in 2020.

This is not anywhere close to the Japan and United States, with their safe haven currencies, but it is disappointing for a commodity-based economy. Canadian governments should have been running larger fiscal surpluses by using more of our commodity-based revenue to pay down debt, as Australia and Norway did over the past decade and half. On this score, Alberta and Newfoundland have been the biggest offenders.

In part, continuing Canadian deficits have been justified by claims the growth rate in taxes would surpass financing costs for decades to come, so the burden of the debt would not rise. In 2020, that is no longer the case. GDP growth and inflation rates are both expected to be negative and well below government bond rates. The IMF calculates interest rates on Canada bonds will be 5.8 percentage points above the nominal GDP growth rate in 2020, one of the highest gaps among advanced countries.

The good news is that growth should improve in 2021, especially with all the new fiscal and liquidity measures in place. If a vaccine or therapeutic drug is found, economic lockdowns will no longer be required, which will help restore economic confidence. With most of the financial measures being temporary, Canada’s all-government fiscal deficit should plummet to “just” 3.5 per cent of GDP in 2021.

We should hope for that relatively good outcome but also prepare for the worse. The economic upturn will be disappointing if health measures remain in place for some time and they could even tighten again if there is a resurgence in the pandemic in the fall. Moreover, the pandemic has taken hold in emerging and low-income countries, which will also slow global growth.

Commodity-exporting countries like Canada will face a prolonged period of low commodity prices as it takes time to absorb the inventories that were built up as production outstripped demand. For Canada, the rout has been greatest in the energy sector, which, even so, accounted for over 10 per cent of the country’s nominal GDP in 2019.

Nor should we forget that bad times can lead to social unrest. If fiscal measures are viewed as insufficient or there are cutbacks in fuel subsidies or pension benefits, protests could become common. There have already been protests against social and health restrictions in the United States, most notably last week in Lansing, Mich.

These risk factors could lead to higher budget deficits than expected. How far governments can pile up debt will depend on whether financial markets lose confidence and conclude their debt is no longer sustainable. Many Canadians remember that happening a quarter of a century ago when Canada had trouble selling its bonds in the international market. We are in a better starting point today but we need to be careful not to go too far down that road again.

Jack M. Mintz is a Distinguished Fellow at the Macdonald-Laurier Instittue and President’s Fellow, School of Public Policy, University of Calgary.

Don’t mess with the internet — especially at a time when we need it more than ever: Peter Menzies in the Financial Post