Canada can use Trump to attract top talent here: Vijay Sappani in the Star 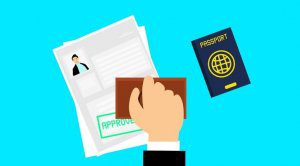 Canada is in the enviable position of being able to easily attract and retain the best and the brightest talent — in fact, they are lining up at our door, writes Vijay Sappani.

The recent extension of visa restrictions by President Trump presents Canada with a unique opportunity. Talented individuals from around the world will no longer have the U.S. as their destination for immigration. However, these very individuals (and their families) will be willing to move to Canada if those jobs are present here.

Canada is well-set to take advantage of this situation if it can attract U.S.-based companies to expand to Canada, something many are already publicly contemplating. If Canada can harness this flow of migrants who have been denied visa extensions, including most notably H1-B visas, we will gain a pool of extremely talented individuals who are already familiar with North America and can settle and integrate easily.

Over 75 per cent of the H1-B visa applicants in the U.S. are from India. India is the largest source of international students and immigrants to Canada. Canada and India are far more similar than it looks at first glance — both have a British political heritage, a federal structure of government, common law, multicultural traditions, and more. The success of Indo-Canadians in all walks of life further highlights how well they integrate.

Canada should explore a pilot fast-track work visa program for tech companies in the U.S. expanding or moving to Canada, in order to bring H1-B workers from India and elsewhere to Canada.

Many U.S. based companies are creating a permanent presence in tech hubs in Toronto, Kitchener-Waterloo, Vancouver, Montreal and Ottawa. For instance, companies like Uber have set up their engineering hub in Toronto. And with good reason — the area is home to or close to some of Canada’s top universities and start-up hubs.

To lure more tech companies to Canada from the U.S., the government should promote and prioritize setting up of technology zones like the Kitchener-Waterloo corridor, with incentives such as tax sops, funding grants, and open work visas. Canada needs a team with a special focus to attract companies and talent in expanding “Silicon Valley North” and now is the time to do it.

Maintaining current immigration levels is not just good rhetoric, it is also good economic sense. A 2019 study by Statistics Canada found that between 2003-2013, firms owned by immigrants “accounted for 25 per cent of the net jobs created” in the private sector, “while representing 17 per cent of the firms studied.”

The study further found that “average annual net job growth per firm was higher among immigrant-owned firms than among firms with Canadian-born owners, as was the likelihood of being a high-growth firm.”

Increasing legal immigration is a non-partisan issue. The number of individuals entering Canada over the past three decades under various classes has increased, and it has been good for Canada. Indeed, Canadian visa policies have made it easier for Canadian-educated students to remain in Canada and work and put them on the path to citizenship.

A 2019 study out of the U.S. found that “immigrants and the children of immigrants founded 45 per cent of U.S. Fortune 500 companies.” These companies employed 13.5 million people — “a population that would rank as the fifth largest state” in the U.S.

Another study found that 55 per cent of “U.S. start-up companies valued at over $1 billion (as of October 1, 2018)” had at least one immigrant founder. Immigrants from India and other countries, then, have been good for the U.S. With many headed north, Canada could have a big slice of the prosperity pie.

Vijay Sappani is a board member at the Macdonald-Laurier Institute. He came to Canada as an international student and recently founded a Canadian company that achieved over a billion-dollar valuation.