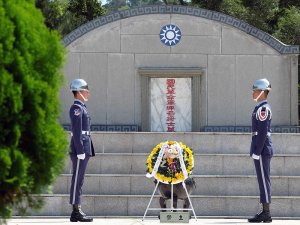 It’s time for Canada to join its allies in maintaining political and security ties to Taiwan, writes Eric Lerhe in the Toronto Sun.

The Trump administration has been rightly criticized for its often-confusing approach to foreign policy – with the president sometimes saying one thing, while the administration itself often moves in an entirely different direction. A good case in point is vis-a-vis Russia.

Yet, on one issue, there is a remarkable degree of consistency – and that is on Taiwan, where the administration has been keen to improve relations with the island nation.

Canada has also shown itself to be quite consistent in how it deals with Taiwan. However, while the U.S. has set itself on strengthening ties and expanding military engagement, Canada has settled for an overly cautious approach rooted in its rigid interpretation of the “one-China” policy. That policy says that there is only one China and Canada remains neutral on the People’s Republic of China claim of sovereignty over Taiwan and will not extend diplomatic recognition to it.

The basic foundation of this rigid approach was laid when Canada first recognized the People’s Republic as the sole government of China in 1970. Economic, cultural, and scientific links were maintained, but the same cannot be said of political relations.

Canadian official visits to Taiwan were to be conducted with the lowest possible ranking of officials and with the lowest public profile while the Taiwanese were not authorized to visit Canada on official or diplomatic business. Canada’s diplomats had consulted frequently with China on resolving Taiwan issues, which were unlikely to assist Taiwan’s case.

Of note, it took an additional 16-years for the government to set up a quasi-embassy in Taipei. By way of contrast, other countries, like Japan and the U.S., did so almost immediately.

Economic, cultural, and scientific links were maintained, but the same cannot be said of political relations.

Canada still operates under this highly constrained one-China policy. During my discussions with them, officials privately acknowledged that some of the rules may have been further tightened. Rather than restricting only ministerial visits, today’s interpretation is frequently that no Canadian official at all should venture to Taiwan.

The Foreign Affairs office dealing with Taiwan was even named the “Greater China Division,” a name even Beijing would have problems improving. Where Canadian conferences once had to get clearance for potential Taiwanese attendees, today, some officials would not go to a conference held anywhere if Taiwanese officials also attend.

Yet this interpretation is not written in stone. In 2017, Beijing had refused to allow the current Tsai government in Taiwan to attend the World Health Assembly, citing its pro-independence leanings. In response, Canada joined New Zealand to publicly voice support for Taiwan at the Assembly itself. Other countries soon followed suit, including Germany, Japan, Australia, and the U.S.

While not able to overcome those states hostile to Taiwan’s observer status, it was an important show of support for Taiwan and a rebuke of China. It was also a welcome break from Canada’s rigid application of its one-China policy.

Canada can do quite a lot more to strengthen its ties to Taiwan, including in the military and security sphere. After all, the 1970 Sino-Canadian agreement that formalized Canada’s recognition of the PRC says nothing against security cooperation with Taiwan. Both countries could benefit from cooperation on naval, procurement (especially submarines), and cyber and intelligence issues.

Our support for Taiwan at the World Health Assembly could also be expanded to other international bodies, such as the International Civil Aviation Organization, INTERPOL, and the UN Framework Convention on Climate Change. Canada could take the lead in supporting Taiwan’s inclusion into the Comprehensive and Progressive Trans-Pacific Partnership.

In the 21st century, Canada must be willing to reassess the wisdom of sticking to its rigid “one-China” policy and decades-long caution on all aspects of its very limited relationship with Taiwan. Indeed, the evidence is overwhelming that neither Canada’s nor anyone’s engagement effort is having any positive effect on China’s human rights or progress towards democracy.

Other countries maintain important political and security ties to Taiwan within the confines of a one-China policy, including France, Japan, and the U.S. It’s time for Canada to join them.

Eric Lerhe is a Munk Senior Fellow at the Macdonald-Laurier Institute, and author of the MLI study “Rethinking the Taiwan Question: How Canada can update its rigid ‘One-China’ policy for the 21st century.”