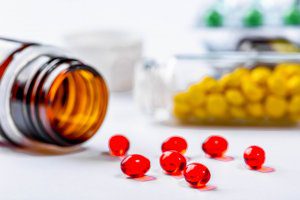 A radical change such as a single-payer model would necessarily put the current model’s strengths at risk, writes Sean Speer

We tend to root our political arguments in the language of empiricism. We’re reluctant to admit the extent to which our dispositions and sensibilities shape how we view policy and politics. Conceding a role for one’s temperament runs counter to modern society’s presumptions about reason and logic. It’s easier to believe that those with differing views don’t have the facts or simply don’t understand or are even operating in bad faith. The polarized debate about the recent Hoskins Panel report is a case in point.

There are, in my view, various substantive reasons that Canadian governments shouldn’t adopt the panel’s recommendation for a new, universal, and single-payer pharmacare model. It will impose significant and rising costs on Canadian governments and the notion that nationalizing drug insurance will generate system-wide savings seems highly implausible.

It will produce considerable disruption for the majority of Canadians who are currently satisfied with the cost of their coverage and access to drugs. And it will invariably lead to narrower drug coverage for most Canadians even as pharmaceutical innovation moves us in the direction of personalized medicine.

But what strikes me most about the Hoskins Panel’s report and the debate that has ensued is how much the case for or against the imposition of a single-payer model is shaped by differing dispositions. It ultimately comes down to different interpretations of the data and evidence related to the so-called “significant gaps” in our current model.

We don’t, by and large, disagree on the facts. Roughly 10 to 20 per cent of the population is uninsured or underinsured. Some number between 1 and 3 million have faced financial challenges acquiring the drugs that they need. Almost 1 million Canadians have needed to borrow in order to purchase drugs.

The panel sees these figures as an indictment of the current model. I see them as evidence that it’s working reasonably well at providing near-universal drug coverage.

The panel thinks the preponderance of evidence points in the direction of radical change. I think it should lead us to incremental change such as a redesigned Medical Expense Tax Credit to help uninsured households to obtain drug coverage.

We just see the data and evidence differently. And I don’t think we can underestimate the role that our different dispositions play in shaping these competing interpretations.

The question, of course, is: how can we reconcile these differing perspectives and render a collective judgment?

That’s the role of politics. Our political differences are typically overstated. Partisanship in Canada can seem more manufactured than substantive. Pharmacare may be different, however. There are real and irreconcilable differences at play.

It’s fortuitous therefore that the panel’s report was released in advance of October’s federal election. There will be an opportunity for these different positions to be debated, scrutinized, and ultimately adjudicated by voters during the campaign.

It seems to me that, in this exercise in democracy, the onus should mostly lie with those who advocate for radical change. Our current hybrid model of public and private drug insurance has evolved over decades and is broadly serving the vast majority of Canadians, even according to Hoskin Panel’s own report. It’s now part of collective bargaining and millions of people’s expectations about their workplace compensation and individual health care.

A radical change such as a single-payer model would necessarily put the current model’s strengths at risk in order to try to solve for its shortcomings.

The threshold for such a sweeping policy reform should be much higher in my view — especially given the downside risks related to fiscal costs, system disruption, and drug access described above.

We shouldn’t so incautiously discard the status quo in an elusive search for technocratic utopianism. Canadians’s health care is at stake.

That’s my opinion. We’ll discover over the coming months whether most Canadians agree.