Bolstering Canada’s presence beyond – not at – the border: Inside Policy March 2017 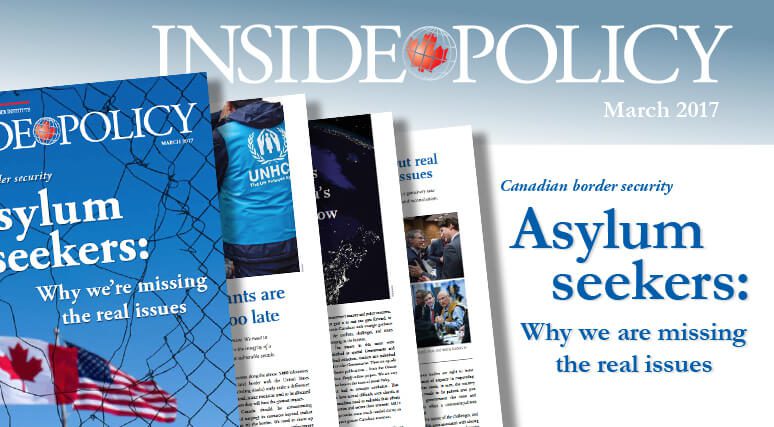 OTTAWA, March 27, 2017 – A string of highly-publicized illegal border crossings has blown the lid off a simmering debate about resources at Canada’s borders. 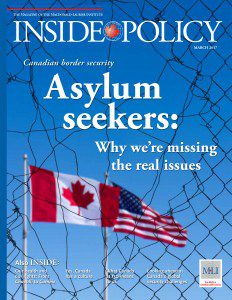 Do we have enough officers posted along the 49th parallel? Would a few more Mounties help stem the slight increase in refugee claimants?

But to Christian Leuprecht, MLI Munk Senior Fellow, these are the wrong questions to ask.

In the cover story for the March 2017 edition of Inside Policy, the magazine of the Macdonald-Laurier Institute, Leuprecht lays out an effective strategy for maintaining the integrity of Canada’s refugee system.

“Canada should be concentrating – and surging — its resources beyond – rather than at – the border”, writes Leuprecht. “We need to shore up intelligence and immigration enforcement capacity to ensure fair and equitable access to protection for the world’s most vulnerable people”.

To read the full edition of the magazine, click here.

The problem, says Leuprecht, is that by the time refugee claimants arrive at the border it is too late. Instead Canada should be bolstering its work with its allies to avert the flow of illegal migrants before they set out, and ensuring enough resources to enforcing the rules.

The stakes are high, says Leuprecht. Canada’s immigration and refugee policy exists on a delicate balance of welcoming people in greatest need of resettlement without letting in so many that the system is overwhelmed.

Speech on the Acquisition of the Northwest Territories, April 15, 1869 – George-Étienne Cartier

Speech on the Acquisition of the Northwest Territories, April 15, 1869 – George-Étienne Cartier