A year when Big Tech did better than Big Gov: Philip Cross in the Financial Post 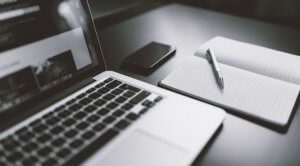 Compared with the business sector’s impressive mastery of new technologies, government responses were heavy-handed, lead-footed, and wrong-headed, writes Philip Cross in the Financial Post. Below is an excerpt from the article which can be read in full here.

2020 will forever be associated with the coronavirus pandemic. But its impact on the economy was much greater than on our health. Far fewer people were stricken by the virus than in many experts’ apocalyptic warnings, while its effect on incomes, jobs and government deficits was larger and likely will be longer-lasting than even the gloomiest economists forecast last spring.

The pandemic speeded the adoption of such technologies as tele-working from home and communicating and shopping online instead of in-person that proved their use and are therefore likely to be enduring. In contrast, there is already a backlash against specific government interventions during the crisis. The federal government boasts of having “had Canadians’ backs” with income support. Given how it not only replaced but, more than any other OECD nation, substantially enhanced household incomes, it had our backs but also our fronts, tops, bottoms and both sides.

And yet our governments failed to provide basic health services, such as safe long-term care for the elderly, rapid testing and comprehensive tracing, and the promised domestic capacity to produce vaccines. Unlike Asian nations, Canada did not learn from experience with the SARS virus in 2003. Testing per capita was less than half what it was in the U.S. and Europe. Tracing was ad hoc, despite its potential importance in avoiding blanket shutdowns by pinpointing which activities to curb.

Waning public willingness to follow basic preventive measures such as mask-wearing and social-distancing reflects, not just COVID fatigue, but also the ebbing moral authority of governments. The weakening social contract between governments and citizens fuelled much of the explosive second wave of the virus. Most obviously, Quebec Premier François Legault’s proposed “moral contract” with Quebeckers, under which people would curb social interactions in late fall in return for a relaxation of restrictions at Christmas, had to be rescinded as cases kept rising.

One carbon strategy is enough: Jack Mintz in the Financial Post

If Australia can shun China, Canada should, too: Brett Byers and Shuvaloy Majumdar in iPolitics

If Australia can shun China, Canada should, too: Brett Byers and Shuvaloy Majumdar in iPolitics