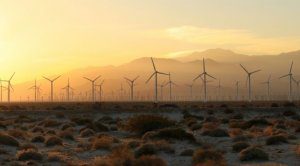 A recent Swiss vote was a sharp reminder that costly climate policies can stoke voter anger, writes Jack Mintz in the Financial Post. Below is an excerpt from the article, which can be read in full here.

Last month’s Swiss referendum on climate change and other environmental policies has received little attention in Canada – even though, as the BBC reported, “it was a huge shock.” The Swiss, stereotypically concerned about the beauty of their Alpine environment, rejected their government’s proposals to fulfil a 2015 commitment to reduce 1990 emission levels by 50 per cent by 2030.

So far, Switzerland has reduced its GHG emissions by 15 per cent from 53.8 MT (megatonnes) in 1990 to 45.8 MT in 2020. They still have a long way to go to reach their 2030 target of 28 MT, a target now much harder to hit given the referendum’s rejection of proposed climate policies.

The Swiss are devoted to direct democracy. If at least 50,000 citizens sign a petition or eight cantons request it, any federal law is subject to a national referendum. The climate referendum, based on a law passed by the Swiss Assembly that included levies on fuel and airline tickets, was rejected by 51.6 per cent of voters. Two other environmental proposals to outlaw artificial pesticides and provide subsidies to farmers using fewer chemicals were rejected by fully 61 per cent of voters. Voters didn’t veto everything: referenda on COVID relief and police hiring to counter terrorism got strong support.

All parties except the People’s Party backed the new climate measures so why did the Swiss reject it? As Bill Clinton would say “it’s the economy, stupid.” Voters were concerned about economic recovery in a world in which Switzerland is responsible for only 0.1 per cent of greenhouse gas emissions.

Canada needs a genuinely federal police force to make good on its firearms mandate: Christian Leuprecht and Dave Cassels in the Hill Times