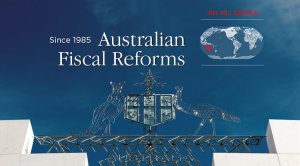 Peter Costello makes the case for strong fiscal policy, based on his own personal experience as Australia’s former Treasurer. This is the foreword to the MLI Lessons from the Anglosphere series paper: Australian Fiscal Reforms since 1985, by Robert Carling.

Most policy-makers would agree that in times of recession it is natural and beneficial for a Government to run a Budget deficit. After all, in a recession people are thrown out of work and tax collections decline. People out of work draw down on the social safety net, and expenditures increase. As an economy grows out of recession this process should reverse – these natural stabilizers should unwind and improve the Government’s financial position, bringing the Budget back to balance.

But what do you do if an economy, years out of recession, is growing strongly and the Budget continues to haemorrhage? If a Government is running deficits in years of plenty, imagine how those deficits will magnify if the economy goes into downturn. If a Government is borrowing in good times, then it will be borrowing much more in lean times. A country that is perpetually borrowing – throughout the economic cycle – is asking for trouble. And it will come, eventually.

This was the challenge I faced when I became Australian Treasurer in early 1996.

We had been through a recession in 1991. The Budget went into deep deficit. As economic growth took off, the Government promised it would bring the Budget back into balance. After several years of strong growth, the Government forecasted a Budget surplus in 1995 and all the following years of projections. But it was a very liberal and creative accounting regime. When I took office there was no surplus, we were facing our seventh consecutive Budget deficit, at around 2 percent of GDP. Without corrective action these deficits would have continued into the 2000s.

In my first Budget Speech I put it like this:

Our predecessors had Australia on a path of deficit and debt to the next century. Make no mistake, this path would only make future choices harder, future possibilities bleaker and rob Australians of the future opportunities they deserve.  Our Government could not stand back and ignore the problem.  Although we did not create it.  We will take responsibility to fix it.

We set out a two-year plan to balance the Budget and to do it principally on the expenditure side. Over two years we cut expenditure by 1.7 percent of GDP, and revenue increased 0.4 percent of GDP. Cutting expenditure was not popular. But we called on the public to come on the journey with us and promised it would, in due course, produce results.

We tried to share the burden equitably. We asked all sectors to make their contribution.

Apart from defence, which was already badly run down, no area of spending was quarantined from spending reduction. We tried to share the burden equitably. We asked all sectors to make their contribution.

One of the key things that helped was a clear explanation of the nature of the problem. People will not support difficult and tough measures just for the sake of it. They might support them if they think they are necessary. But you will have to convince them that they are necessary, and convince them that they will solve a real problem. A doctor has to diagnose a patient before the patient can understand what the treatment is all about and co-operate with it. And, of course, the treatment has to be the right one to cure the illness.

Our point was that if the Government was rapidly running up debt in the good times it would find itself awfully exposed in the bad times. Younger Australians saddled with debts run up by their parents were going to inherit less opportunity. Their taxes would be higher – not to buy services for themselves and their own generation – but to pay the bills their parents had never bothered to fund. It would be a very bad form of inter-generational transfer for those who took the services in our generation to bequeath the taxes to pay for them to the next.

And so we set out our goal – to balance the Budget on average over the course of the economic cycle. This meant that when the economy was growing strongly the Budget would be in surplus and we would pay down debt. If we could get the Budget in balance and debt under control, the Government wouldn’t need as much tax-it could cut taxes. If taxes were reduced the economy would grow stronger and the virtuous cycle continue.

We set ourselves the task of balancing the Budget in our first term of government. In our second term we set ourselves the task of reforming and lowering tax. We introduced a GST, and abolished seven pre-existing indirect taxes. We cut Income Tax, Company tax, and Capital Gains tax. By our fourth term we had repaid the Commonwealth Government’s debt in net terms. We established a Sovereign Wealth Fund- the Future Fund- to invest future Government surpluses.

During this period of Budget repair, Australia’s sovereign credit rating was upgraded twice to its current AAA-level.

Over the twelve Budgets I delivered, there were ten surpluses. And then, in 2007, our Government was voted out of office. We had been in office nearly twelve years. The public thought it was time for a change. Maybe they thought balanced budgets and tax cuts would continue to deliver themselves.

As a result of that stimulus, the 2009 the Australian Budget went back into deficit. Although Governments of both political persuasion have promised to rectify the situation, it has remained there ever since. We have had ten Budget deficits since the massive fiscal stimulus that nicely match the ten previous surpluses. All the debt that was paid off when I was Treasurer has been borrowed back again.

People often ask whether it was worth paying off the debt given that subsequent Governments have gone out and borrowed it all back.

The argument for strong fiscal policy has to be mounted again in each election and in each generation.

The only answer I can give is to say: just imagine where we would be if we hadn’t paid off that debt?  Sure, subsequent Governments have piled on debt, but if we hadn’t got the Commonwealth debt free, they would have piled debt on pre-existing debt rather than debt against a strong asset position.

Even today Australian Government net debt is much lower than comparable companies.  Our fiscal journey over the last ten years has been bad.  But our starting point was extremely strong.  It was the starting point that gave us the ability to weather the 2008 storm.

We still have a lot of other things to show from the strong fiscal management of previous years. We have a system of transparency in financial reporting that is second to none. This is prescribed by law under the Charter of Budget Honesty. As I have said, our Balance Sheet is comparatively strong because we went debt-free from 2006. Although memories dim, the public remembers the days of balanced Budgets not as a horror time, but as a period of great success. Most Australian politicians still pay lip-service to the policy of balancing the Budget over the course of the economic cycle. And we have a Future Fund.

No Government can expect to bind its successors. The argument for strong fiscal policy has to be mounted again in each election and in each generation. But successful prior experience should encourage those now engaged in that argument, that the public will support a well-designed program and it can be successful.

The Honourable Peter Costello was the Treasurer of the Commonwealth of Australia, 1996-2007.

Fishing for answers: How an East Coast resurgence could navigate rough waters

Fixing Indigenous governance: Why the civil service is a basic essential for Indigenous sovereignty