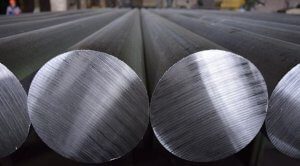 Perhaps Congress will provide relief by amending the 1962 Trade Expansion Act to specify that “national security” tariffs are not to be imposed on a treaty ally such as Canada? If not, expect the aluminum dispute to keep lumbering along, writes Christopher Sands.

United States Trade Representative Robert Lighthizer told the Senate Finance Committee on June 7 that the Trump administration is concerned about Canadian aluminum export volumes affecting domestic prices, and was considering the re-imposition of “national security” tariffs under section 232 of the 1962 Trade Expansion Act.

A 2019 agreement to lift tariffs on Canadian aluminum and steel allowed for a snap back of these tariffs under certain conditions. But it cleared the way for a more comprehensive trade deal, the United States-Mexico-Canada Agreement (USMCA) that took effect July 1. There are strong parallels with softwood lumber and the Canada–US Free Trade Agreement (CUFTA) of 30 years ago.

In 1986, Canadian Prime Minister Brian Mulroney and U.S. President Ronald Reagan agreed to negotiate a free trade agreement that would sweep away most of Canada’s barriers to U.S. investment and eliminate tariffs as well. A stumbling block soon emerged in the form of a trade dispute over Canadian softwood lumber exports to the United States.

Then the U.S. Department of Commerce in 1986 imposed a 15 percent tariff on Canadian softwood imports. Commerce officials held that the system of allocating logging rights in Canada was an indirect subsidy, and so the duty was imposed to level the playing field for U.S. producers.

Fearing that the ill will generated by the softwood dispute would poison the broader trade talks, U.S. and Canadian trade negotiators worked to settle the softwood dispute first. A deal was struck under which Canada added a tax on lumber exported to the United States that would have the same price impact as the U.S. countervailing duty but keep that revenue in Canada.

Negotiators returned to the bilateral trade agreement and concluded a deal in October 1987. Facing public anxiety about whether the agreement would tie Canada too closely to the United States, Mulroney called an election to get a popular mandate to ratify the agreement in November 1988. Mulroney’s party lost seats but retained a majority, and the CUFTA took effect January 1, 1989.

By 1991, Canada had withdrawn from the 1986 softwood agreement. The two countries have been fighting over softwood lumber ever since. Last May, a NAFTA panel upheld the current U.S. duties on Canadian lumber exports.

President Trump campaigned on ending NAFTA, and in August 2017 negotiators for the United States, Canada and Mexico began new trade talks. On March 23, 2018 the United States imposed tariffs on aluminum and steel from Canada and Mexico under the 1962 Trade Expansion Act’s Section 232 provisions for tariffs to safeguard U.S. national security. Negotiators for the three countries concluded the USMCA on September 30, 2018. But the tariffs made legislative approval politically difficult for Canada and Mexico because the deal did not automatically lift them.

In May 2019, the United States agreed to suspend 232 tariffs on aluminum and steel from Canada and Mexico. The Mexican Congress gave legislative approval to the USMCA in June 2019, followed by the U.S. Congress in January 2020 and the Canadian Parliament in March 2020.

As the USMCA era begins, the U.S. threat to reimpose aluminum tariffs on Canada is a reminder that it is often better to resolve trade disputes over commodities in a comprehensive agreement, where trade-offs with other sectors can be made. In any commodity market, price fluctuations are expected and are not necessarily evidence of unfair trade. But that volatility can make commodity trade disputes devilishly difficult to settle.

By failing to agree to end the U.S. tariffs on steel and aluminum as part of the comprehensive USMCA, Ambassador Lighthizer may have left us with another 30-year trade headache. Perhaps Congress will provide relief by amending the 1962 Trade Expansion Act to specify that “national security” tariffs are not to be imposed on a treaty ally such as Canada? If not, expect the aluminum dispute to keep lumbering along.