in Chris Sankey, Columns, In the Media, Indigenous Affairs Program, Inside Policy, Latest News
Reading Time: 6 mins read
A A 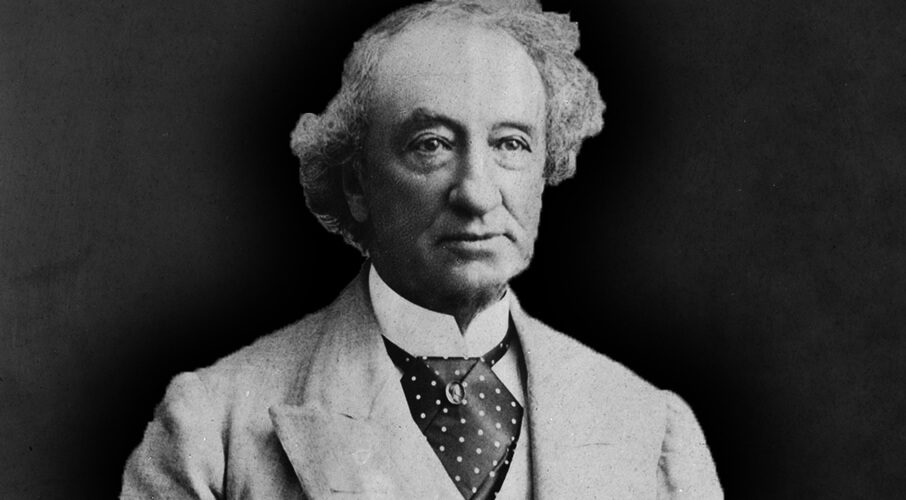 I do not know you, John A. Macdonald, writes Chris Sankey. I know the suffering caused by your policies, and those of many others since your time. I believe that tearing down your statue is not going to resolve the issues that still plague Indigenous communities. But wait until you see what we can do once we’re out from under the thumb of government.

This article has also been republished in the National Post.

The recent discovery of the remains of hundreds of children on abandoned residential school grounds has traumatized Indigenous people and may have finally gotten through to Canadians the horrors of residential schools. Thousands of us share the burden from these schools. I am myself an intergenerational survivor. The revelations about the unmarked graves triggered me in ways I have not felt in years.

I often wonder what I would say to you if I met you today. I often wonder if my feelings towards you would be hate, anger or resentment. Most of my life I had no idea who you were and what you represented. To be honest, I only ever learned about you later in life.  In high school, teachers praised you. Non-Indigenous students admired you. I, on the other hand, really did not care to pay attention to your life’s work. What I do know is you were behind one of the most damning acts against Indigenous peoples in Canadian history.

Over the past year and a half, Canada has been experiencing another burst of controversy about you, Canada’s first Prime Minister. Although you undoubtedly laid the foundations for modern-day Canada, it came at a significant cost to our lives and forever changed the history of our people.

You set in motion some of the strictest elements of Canadian Indigenous policy: The Indian Residential Schools, which introduced a nationwide program of assimilation in 1883 that was, essentially, sub-contracted to the Christian churches. I do not think you ever understood what your educational policies did to us.

We have learned about more than just deliberate acts to assimilate Indigenous children. There was also negligence on behalf of government staff and criminal acts by priests and teachers who worked from one school to another. Let us be honest here. The Catholic Church has done more damage to children than any other religion on the planet. Pope Francis’s recent speech and poor excuse for an apology was nothing short of a prayer for himself.

In 1920, 30 years after your death, under the Indian Act, it became mandatory for every Indigenous child to attend a residential school or an Indian Day School. The pass system made it illegal for Indigenous people to leave the reserve. If we did, we could be stripped of our Indian status.

The government reportedly often kept rations for Indigenous peoples low enough to ensure constant hunger and discourage the expectation of “gratuitous assistance” from Ottawa. And let us not forget the infamous Indian Agent, who were the government’s representatives on First Nations reserves. Some of them are alive today.  These Individuals seemed to believe they were God.

Many Indigenous families did not realize that your primary objective was to make room for the European settlers, commercial agriculture and railways, all in the name of the economic development of the new country of Canada.

As I say, much of this was set in motion under you, Sir John A., but so much more happened after you were gone.

As I sit and ponder your legacy, I am reminded that Mackenzie King was PM for 20 years.  Why isn’t anyone attacking him? Sir Wilfrid Laurier was no better. Let’s not forget Alexander Mackenzie, John Abbott, John Thompson, Mackenzie Bowell, Charles Tupper, Robert Borden, Arthur Meighen, RB Bennett, Louis St-Laurent, John Diefenbaker, Lester B. Pearson, Pierre Trudeau, John Turner, Brian Mulroney, Kim Campbell and Jean Chrétien. Let us not forget the countless members of Parliament and staff who knew what was happening.  After all, staff wrote reports on the schools.

I name these Prime Ministers because they could have stopped residential schools but did not. Jean Chrétien was Prime Minister for three years before the last residential school closed in 1996. Surely, attending this school in such a supposedly modern and enlightened time as the 1990s would have struck sorrow and anger in the hearts of Indigenous students. Imagine the pain of merely sitting in the very seats where so many of their family members had been attacked culturally and, in way too many cases, physically and sexually. Intergenerational trauma is layered on top of the crisis that faced the children.

Nobody in their right mind would have ever agreed to these schools once we found out what the real intent was. But the reality is that there was a mix of Liberal and Conservative Prime Ministers during the residential school era.  So why are we so focused on you and your actions, Sir John A., which you must admit were grievously wrong? I do not care for you as you caused my people so much pain, but I need to find it in my heart to forgive you.

Instead of tearing down statues, we should demolish the Indigenous Services Canada building where so many of these policies were written up and enacted. In fact, let’s turn these buildings into condominiums to house the less fortunate and let the government pay rent to the rightful title holders of the land where the buildings sit today.

Let’s look at the approach to Indigenous relations that persist today. You cannot tell me that the current Prime Minister and his MPs are keeping track of all their staff’s dealings with Indigenous communities. There was no accountability then.  There is still no accountability now.  All too often politicians, political staffers and government officials continue to treat our communities like crap. Yes, I said it. And do not try to tell Canadians otherwise.  All of us Indigenous people experienced it and felt it.  We continue to get treated poorly by the system.

I’m sure that what you envisioned for Canadians and for First Nations was by and large what you thought was right, and that you wanted good things for Indigenous peoples. You wrote to Ojibwa leader Peter Jones, “I hope to see some day the Indian race represented by one of themselves on the floor of the House of Commons.” That vision came true, but it took far too long.

But, John A., I am afraid that I must make this personal. Almost all my family attended residential schools. I am survivor of intergenerational trauma where the very teachings from these schools nearly killed me, my family and community. I have lost friends to suicide. I knew children who committed suicide. I’ve had a lot of loss in my life for one reason or another. My life was ravaged with drugs and alcohol as I tried desperately to bury the past, all the while keeping a smile on my face for the public.

The thought of suicide crossed my mind more times than I care to admit. In fact, I attempted to take my own life. If it were not for my children, the sport of basketball and my best friend, I probably would not be here today. I had multiple relationships fail, because of the anger and pain I lived with for so long.

I lost a father, who previous adopted me and took me as one of his own, who loved me dearly, but later took his own life with a hunting rifle while I was home. I had a stepparent who for years mistreated me and a mother who suffered physical violence and who would eventually die of cancer. The emotional disconnect from my parents and stepparent was prevalent. The shame I lived with all these years undoubtedly put me on a roller coaster ride for which I was not prepared.

I faced racism and ignorance, but I am still here. I grew up in poverty but was grateful for what I had. I do not hate my country. I have no ill feelings. I don’t feel sorry for myself and I do not hate anyone, but the next time you hear comments such as: “but you didn’t attend these schools” or “It was in the past, so get over it,” remember, just because you do not see me homeless and walking the street (I was often a pay cheque away from that) does not mean I was not impacted by the residential school system.

I swore if I ever fought through these experiences and memories, I would go to great lengths to protect my children, build a better life for me and my family, and help others when I can. I have done all of these things and more than I expected, and I am proud that I worked through the pain and hardship.

I do not know you, John A. Macdonald. I owe you nothing. But I do know is this: tearing down your statue is not going to solve our problems. It only perpetuates division. I would rather see your statue stay so that my kids will know the history. I would like to see more monuments erected of our Indigenous champions who fought for us and memorials to the Indigenous peoples who proved so resilient. That is how we build relationships. That is how we reconcile our differences. If we do not start working together, we will always point fingers at one another.

I would not cancel you, John A., but I would cancel the Indian Act, the Ottawa bureaucracy, and the legacy of paternalism and cultural superiority that held us down for so long. John A., wait until you see what First Nations, Métis and Inuit do when we get out from under the thumb of government and eliminate the painful legacy that you left behind.

Chris Sankey is a prominent Indigenous business leader, a senior fellow at the Macdonald-Laurier Institute and a former elected Councillor for the Lax Kw’alaams Band.