That ’70s Show – the stagflation rerun: Jack Mintz in the Financial Post 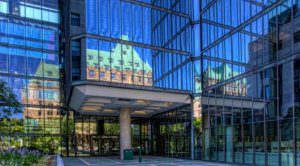 If interest rates rise sharply, we won’t be ‘building back better.’ We won’t be building back, period, writes Jack Mintz in the Financial Post. Below is an excerpt from the article, which can be read in full here.

Welcome to stagflation — for now. Compared to pre-pandemic January 2020, both unemployment and year-over-year inflation are up two percentage points. When prices and unemployment are rising at the same time, that’s stagflation.

Stagflation is typically the result of supply shock. On October 19, 1973, the Organization for Petroleum Exporting Countries (OPEC) stopped exporting oil to the United States and its allies in reaction to U.S. support for Israel during the Yom Kippur war. The embargo led to a quadrupling of oil prices and an economic slowdown in 1974 and 1975. Despite rising unemployment, U.S. inflation rose from six per cent in 1973 to an average of 9.5 per cent the next two years. Stagnant growth plus inflation equalled “stagflation.’

The recession of 2020 was also the result of a supply shock. People were told to stay home and many businesses were closed. The unemployment rate shot up to over 14 per cent in both Canada and the U.S. That would normally depress household incomes and therefore consumer demand, but governments came to the rescue, providing deficit-financed income relief to households and businesses. Aggregate household income actually rose by roughly a tenth in 2020 in both Canada and the U.S. despite a steep drop in employment income. Saving rates rose sharply as locked-down households had few spending options.

At first, the consumer price index fell but as health restrictions were lifted economies began to bounce back. By this spring, unemployment had fallen rapidly though it remains close to six per cent in the U.S. and eight per cent in Canada, well above the pre-pandemic levels of 3.5 and 5.6 per cent, respectively. With stored-up savings now available for consumers to spend, U.S. prices have risen by 5.8 per cent (annualized) over the last six months and by 4.1 per cent since Jan. 1, 2020. As reported Wednesday, Canada’s inflation rate picked up to 3.6 per cent (year-over year) in May and has been running at an annualized 4.0 per cent since January. That compares to inflation of 1.7 per cent in 2019. By all counts we have stagflation.

Canada should lead on Magnitsky sanctions over Tigray: Maria Reisdorf and Sarah Teich in the Hill Times