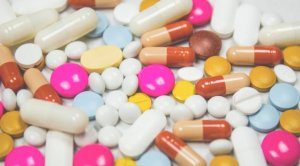 The PMPRB has abused its independence. The functional purpose of the PMPRB is no longer relevant, write Nigel Rawson and Brett Skinner in the Hill Times.

Since its establishment in 1987, the Patented Medicine Prices Review Board (PMPRB), a quasi-judicial federal tribunal, has regulated prices of patented medicines. In 2017, the Liberal federal government announced it was going to reduce the prices of new medicines by introducing new PMPRB regulations.

Over the last four years, the biopharmaceutical industry, patient groups and others have voiced strong opposition to the proposed changes. As more detail was provided, the concern and hostility has increased. The PMPRB, which previously was little-known even by the parliamentarians to whom it reports, has received much scrutiny of late.

Having been postponed twice, the new regulations are due to be implemented on July 1, 2021. The latest delay was allegedly to allow more time for manufacturers to adjust to the changes during the COVID-19 pandemic. The real reason for the latest postponement is likely Federal Court and Quebec Superior Court decisions striking down the PMPRB’s new requirement for manufacturers to report details of confidential rebates offered to insurers.

In 2020, after failing to engage Ottawa, multiple global drug developers determined they had no alternative but to go to court to fight the new price controls. Quebec has now joined the opposition and is intervening in an appeal arguing that the Patent Act is not a tool for price regulation and that the new rules trespass into provincial jurisdiction

Why the profound concern from multiple stakeholders? The PMPRB claims prices will only be reduced modestly, whereas independent estimates from case studies and other evaluations indicate the required price reductions will be large and at a level unsustainable for manufacturers. This will lead to drug developers reducing investment in research, development, and manufacturing in Canada and delaying launching innovative medicines or deciding not to launch them here at all.

The PMPRB is clearly annoyed by opposition to the regulation changes. According to an internal document made public by an access to information request from Conservative MP Tom Kmiec, the PMPRB believes “opponents of the reforms … are spreading disinformation through organized public relations campaigns.” To combat “the industry’s ongoing disinformation campaign,” the PMPRB developed its own communication plan.

It will leverage social media accounts of the PMPRB, its chairperson and its senior staff, as well as webinars, videos, kits for Members of Parliament, and outreach to supportive stakeholders of the reforms (this appears to be code for anti-industry activists. A total of $56,000 of taxpayers’ money has been allocated for these activities. The communication plan highlights how the PMPRB views the industry it regulates when it states “they are knowingly disseminating false information.”

The PMPRB is also targeting patient groups. The Best Medicines Coalition (BMC), a national alliance of 29 patient organizations with a goal of equitable and consistent access for Canadians to safe and effective medicines that improve patient outcomes, wrote to Prime Minister Justin Trudeau in May concerned that the communication plan calls into question the PMPRB’s impartiality, objectivity and capability to perform its responsibilities as a regulator and conduct productive discussions with patient groups. BMC believes the content and tone seriously undermine Ottawa’s attempts to integrate patients’ concerns into the new regulatory regime, creating an environment of distrust.

Responding to BMC’s letter, the PMPRB’s chairperson stated he is ultimately responsible for all aspects of the board’s operations, including its communication plan, which he and the other board members vetted and approved. He is extremely disappointed by the level of vitriol and invective directed at the board and its public servant staff in social media and elsewhere by members of the patient advocacy community and requests BMC members to treat the PMPRB and its staff with the same respect they wish to be shown.

It’s extremely difficult to respect an organization that regards the industry it regulates and the patients it claims to be protecting with such disdain. For example, the access to information request also brought to light an email from the PMPRB’s director of policy and economic analysis to her colleagues stating that “industry has been sucking Canada for decades.”

As employees of a federal regulatory agency, PMPRB senior staff and board members are expected to be politically neutral. Elected officials make policy. Public servants are there only to advise and implement decisions made by politicians. Yet, it was the PMPRB that self-initiated the “updating” of its own regulatory framework in 2015. This was followed by staff-led crafting of its new regulations. The PMPRB then published several internally-drafted discussion papers justifying the changes with exaggerated and misleading claims about a health-care sustainability crisis caused by the prices of patented medicines. The Board has hosted several consultations in which it totally ignored evidence that disputed its interpretation of the facts, challenged its assumptions, or contradicted its policy logic. Now it wants to spend taxpayers’ money on a communication campaign to drive its agenda with parliamentarians.

The PMPRB has abused its independence. The functional purpose of the PMPRB is no longer relevant. Public and private insurers have the capacity to negotiate substantial discounts below regulated prices. In fact, Ontario’s auditor general reported that the province’s public drug plan obtained rebated prices averaging 36 per cent below the maximum allowed by the PMPRB for patented medicines.

It’s time for Parliament to revoke the PMPRB’s mandate.

That ’70s Show – the stagflation rerun: Jack Mintz in the Financial Post