What the Indo-Pacific sees in Ukraine: Stephen Nagy in the Pacific Forum

Russia’s invasion of Ukraine is the canary in the coal mine for many Indo-Pacific stakeholders. 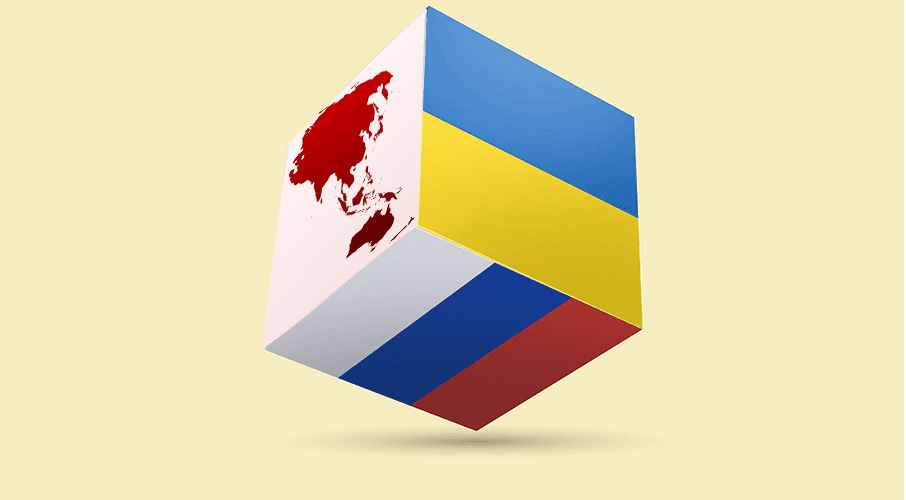 The capitals of the Indo-Pacific are closely watching the invasion of Ukraine. From Tokyo to Taipei, Hanoi to Canberra, and Bangkok to Beijing, Russia’s invasion presents a lucid lesson as to the tactics China could use in any forced re-unification of Taiwan, such as gray zone operations, lawfare, fake news, military might, and posturing.

But the Indo-Pacific faces numerous other areas where a Russian-style takeover with Chinese characteristics could happen. In the East China Sea, the Senkaku Islands face nearly daily incursions and challenges to Japanese sovereignty through lawfare tactics such as adoption of a Chinese Coast Guard Law in January 2021.

According to Lyle Goldstein, the Taiwan Strait remains ripe for invasion and in the South China Sea the Philippines has experienced Chinese swarming gray zone operations such as the April 2021 Whitsun Reef incident, as well as Chinaexplicitly rejecting the Permanent Court of Arbitration 2016 decisions against China’s claims. Today, China holds a set of artificial islands it has militarized, supposedly as an outpost for the delivery of emergency aid and humanitarian aid to Southeast Asian friends.

What the Indo-Pacific sees

Three concerns have emerged from Russia’s invasion. The first has to do with US security guarantees at the bilateral level. After the hasty withdrawal from Afghanistan, concerns have resurfaced as to whether the United States will come to the aid of Japan over the Senkaku Islands or Taiwan in the event Beijing seeks to unify it with the mainland.

Similarly, in the South China Sea critical sea lanes of communication, the major arteries of trade and import/export of energy are potentially at risk if China decides to engage in a forced acquisition of these territories.

Stakeholders in the region worry that a Russian-style contingency in the East China Sea, South China Sea, or Taiwan Strait would fundamentally collapse the regional security architecture, placing invaluable sea lines of communication and the First and Second Island Chain in the hands of authoritarian China, a regime with an established track record of economic coercion and weaponization of supply chains.

The second area of concern for Indo-Pacific stakeholders is the response of the United States and the international community. Stakeholders closely observe the tools that will be applied to penalize, discipline, and push back against Russia’s expansionism.

They should appreciate that the European Union has taken a collective stance including the EU’s first batch of Russia sanctions targeting 351 lawmakers, high-ranking officials, and banks. Germany has taken forceful actions by putting Nord Stream 2 on hold, and the United States has coalesced and strengthened NATO unity in the face of Russia’s belligerence. This includes comprehensive and collective sanctions such as “sweeping financial sanctions and stringent export controls that will have profound impact on Russia’s economy, financial system, and access to cutting-edge technology.”

The question for many Indo-Pacific states is: Will this be sustained? Will it be escalated, and will deterrence capabilities be deployed to prevent further expansion of Russian influence into Eastern Europe? And, perhaps most importantly, will this pay dividends?

This is critical for Tokyo, Taipei, Canberra, and Southeast Asian countries. They view enhanced deterrence capabilities as essential for pushing back against aggressive Chinese behavior in their region. This includes deterrence systems to “prevent low-intensity crisis scenarios like the landing of Chinese fishing crews or maritime law-enforcement officials on the Senkaku Islands,” according to Iwama Yoko and Murano Masashi.

In Japan’s case, Iwama and Murano also stresses the importance of enhancing the “MSDF’s capabilities to swiftly negate any Chinese efforts at escalation, thereby underpinning its national capability to handle situations arising in the gray zone.”

The logic of Indo-Pacific stakeholders is that anything less than substantial investment in deterrence and costly punitive measures against the Putin regime would result in Beijing drawing false conclusions about the resolve of the United States and its allies, and thus an end to the US Indo-Pacific Strategy.

The hope for capitals in the Indo-Pacific is that a robust defence of Ukraine will not distract the United States from sustained engagement at all levels in the region. In addition, they hope that confronting Russia will mean that the United States and its allies can draw lessons from Russia’s invasion, including the need to maximize deterrence capabilities within the Indo-Pacific. Ideally this will be integrated with economic sanctions as well as a blocking of potential aggressors’ ability to use the financial system and sea lanes of communications freely—key elements to maintain China’s economic prosperity.

Third, and relatedly, capitals in this region will watch for a shift of resources away from the Indo-Pacific and towards Ukraine. The Biden administration has been adamant that it will not intervene militarily in the conflict (notwithstanding the at least 7,000 troops that have been sent to “ reassure skittish NATO allies in Eastern Europe”). Capitals within this region will look at the investments NATO and the United States place in Poland, Hungary, and other countries vulnerable to Russian incursions or tactics including the weaponization of refugees.

They will be also look for a concrete example of resources directed at the Indo-Pacific. This includes a United States Indo-Pacific Economic Framework that not only competes with Chinese initiatives but offers new initiatives and frameworks for integrating the region. That includes inculcating a rules-based order, transparency, and good governance in the region to deal with emerging regional challenges.

While Indo-Pacific capitals are concerned about the US position in the region, some like Japan will not wait for the United States to respond while others will vacillate in silence. They will likely begin their own bilateral and multilateral initiatives to strengthen deterrence capabilities. This will include more proactive cooperation in the Quadrilateral Security Dialogue (“Quad”) at many of the contested areas within the Indo-Pacific.

This proactive diplomacy will not only translate into Quad partners providing for their own maritime security but also into bringing in other partners into a Quad-plus formation to ensure that the Quad remains a nimble institution that can deal with ad-hoc regional problems.

AUKUS-based deterrence capabilities will likely accelerate within the region. Many Indo-Pacific stakeholders will welcome this. We are also likely to see contingency strategies to deal with challenges across the Taiwan Strait as well as South China Sea and the East China Sea. Tokyo has been at the forefront of this shift, articulating Japan’s security concerns over Taiwan, and with former Prime Minister Abe Shinzo stressing that a Taiwan security dilemma is a Japan security dilemma.

Indo-Pacific stakeholders, including China, will look at the failures and successes of Russia, but also the United States and its allies. China will look for cracks in the US-NATO armor, seeking leverage to pursue its geopolitical objectives across the Taiwan Strait and East and South China Seas. They will look for weaknesses in the Biden administration and commitment to sanctions, including removing Russia from the SWIFT system, which will have economic implications for the United States and the partners. One consequence, for instance, could be the acceleration of China’s attempts to adopt a digital currency to deploy throughout the Belt and Road Initiative (BRI) network of countries and potentially insulate China from future sanctions.

Indo-Pacific stakeholders will also look to the strategies that the European Union and the United States develop to deal with the energy shortages and increases in energy prices as Russia will likely weaponize energy resources to pressure EU countries to step back from sanctions.

Working together, Canada and the United States may provide some energy relief in the short to mid-term, until the European Union further diversifies away from Russia as its primary energy supplier.

Russia’s invasion of Ukraine is the canary in the coal mine for many Indo-Pacific stakeholders. A forceful, collective, and effective response to Russia’s belligerence would do much to accrue the confidence of the United States allies and partners in the Indo-Pacific.

Dr. Stephen Nagy is a senior fellow at the MacDonald-Laurier Institute.