in Columns, Inside Policy, Latest News
Reading Time: 4 mins read
A A 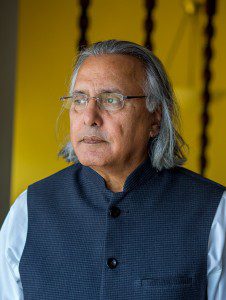 Ujjal Dosanjh says there is much to celebrate – but also much work left to be done – as Canada celebrates 150 years since Confederation in 2017.

Dosanjh is one of the panelists for the Confederation Dinner, MLI’s celebration of Confederation taking place on Feb. 16, 2017 at the Canadian Museum of History in Gatineau, QC.

I celebrate Canada for opening its doors and promise to millions like me. An immigrant from India, I arrived in Canada in May 1968. Just the previous year Canada had celebrated its Centennial capped by Expo 67. I had been in the United Kingdom for over three years and left for Canada shortly after Enoch Powell made his anti-immigrant Rivers of Blood speech. Since then I have happily journeyed along with Canada the last one-third of Canada’s last 150 years. Canada has been good to me. It has made me feel at home. It is full of promise and potential as a model country for the world.

For me, Canada 150 (marking the 150th anniversary of the country as a Confederation) is also about celebrating our land with its ancient peoples that have been around from time immemorial –much longer than 150 years. It is about looking ahead, not backwards; it is about understanding the past: its accomplishments and failures, equalities and inequalities, justice and injustices, the opportunities availed and missed, the prosperity created and the still evident poverty. It is not about quarrelling with the past 150 years; it is about debating the future 150.

A brief look in the rear view mirror shows we have made a mess of the indigenous peoples’ lives and it is taking us far too long to undo the damage. We need to move more quickly so that indigenous inequality, poverty and the racism they face is no longer an issue at the end of the next 10-15 years–not the next 150. By Canada 200 it would be wonderful to have had at least one–if not more– indigenous prime minister. The mistreatment of indigenous people will continue to stare us in the face until there is complete equality, reconciliation and rebuilding of a robust indigenous presence in every aspect of Canadian life.

For me Canada 150 is about making Canada, in the years ahead, an even more perfect confederation — a more just, egalitarian, prosperous and inclusive society.

While we celebrate the huge strides on equality for women, we still have far to go. Canada is a world leader on fairness and equality on LGBTQ issues but much more remains to be done. We have come a long way from the Chinese Head Tax, the Komagata Maru, the internment of Japanese Canadians and the persecution of the German, Ukrainian and Italian Canadians during the Second World War. We have recognised that in 1939 Canada was wrong to turn away the St Louis from our East coast with 907 Jews from Europe on board, forcing them to return to Europe, where 245 of them would perish in concentration camps. But the lessons of that historic wrong were forgotten in our treatment of the ship full of Sri Lankan Tamils running away from terror and civil war arriving on our shores 70 years later in 2010. We need to remind ourselves of our history, remember it as we continue to move forward on the path to progress in race relations to build more social solidarity in diversity.

We need to reduce our dependence on the extraction and sale of raw natural resources. A more robust manufacturing base is a must for Canada. Creation of wealth must be enhanced along with our response to the environmental changes occurring worldwide.

Poverty in Canada is a stark reality, our enduring shame. UNICEF Canada’s recent report on child poverty placed Canada 26th out of 35 rich nations for child well-being, putting us “at the back of the pack”. Child poverty is nothing but the poverty among the parents and the guardians of those children–simply put: poverty. The wealth gap in Canada is shocking. Two billionaires control the same amount of wealth as the poorest 40 per cent Canadians: not much better than the entire world where the eight richest men control as much wealth as the poorest half of the world. A rich and caring country such as ours has no excuse for the degree of poverty or the huge wealth gap. Such poverty and disparity in a relatively affluent country should set the alarm bells ringing — to not fall silent until a fairer, more equitable and poverty free society is created.

Much remains for us to worry about, contend with and accomplish; Canada 150 reminds us that our pursuit of a more perfect Canada must continue.

On the international front many traditional assumptions about trade, foreign policy, international alliances and allegiances are under stress. The election of Donald Trump, his questioning of NATO’s relevance and trade deals, the Brexit vote and the ascendant right in parts of Europe including France are just some of the challenges that will require careful stewardship of our country and its relationships with the world.

As we confront the challenges ahead, we mustn’t ever the lose sight of the essence of the Canadian Project: to create the most prosperous, egalitarian, just and inclusive society and help build a more caring and peaceful world. The Canadian Project is not perfect, at least not yet. Much remains for us to worry about, contend with and accomplish; Canada 150 reminds us that our pursuit of a more perfect Canada must continue.

Ujjal Dosanjh was born in a small village in Punjab, India, went on to became Premier of British Columbia, a federal cabinet minister, and an outspoken opponent of Sikh extremism.