Using Indigenous peoples as political pawns in resource development is simply wrong: JP Gladu in the Globe and Mail 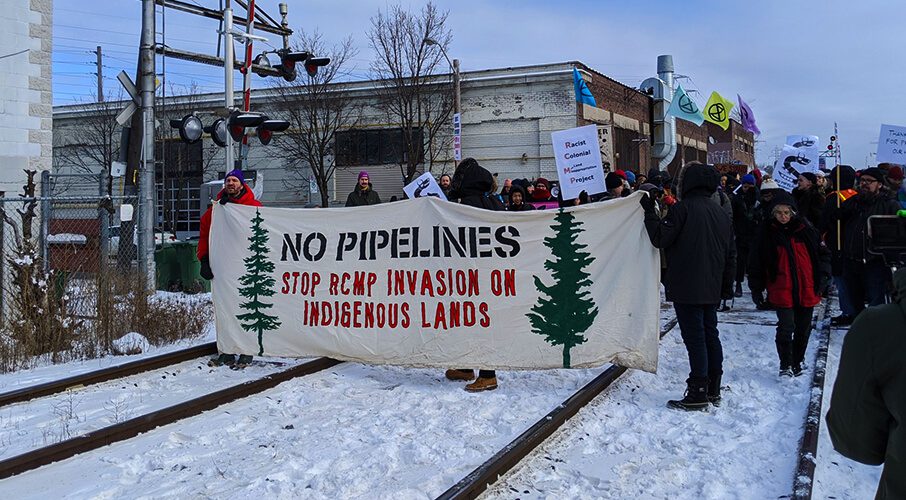 Resource development, from forestry to mining to oil and gas to fishing, is often the best, and for many nations, the only, transformative economic opportunity that can allow us to be self-determining again, writes JP Gladu.

The situation within the Wet’suwet’en Nation is complex. I understand that a majority of that community supports the Coastal GasLink pipeline and LNG development if done in an environmentally responsible manner and with fair economic benefits and opportunities. But I am Anishinaabe. It is not my place to speak for or about the Wet’suwet’en people and their internal issues. I am deeply troubled by how their community has been used to advance a particular agenda. The last thing I want is to cause further division and conflict.

But I do want to make sure the Canadian public appreciates the unintended consequences that constant and systematic protesting against resource development in Indigenous territories has on all of us.

There were many decades when resources were taken from our communities without any consideration, let alone benefit, for our people. In fact, our territories suffered from terrible environmental effects, in many cases taking away our ability to hunt, fish, gather and enjoy the land.

We are not in that same situation any more, owing to the hard work, advocacy and legal battles led by many incredible First Nation, Métis and Inuit leaders, as well as allies that care deeply about the environment and Indigenous rights. There is now a duty to consult and accommodate us when any development that affects our Aboriginal and treaty rights takes place in our traditional territories. While there is still lots of room for improvement, hundreds of our communities have used this as an opportunity to negotiate jobs, contracts, royalties and equity positions in resource development projects.

It’s my opinion – based on the work I have done with my own nation, as the former president and CEO of the Canadian Council for Aboriginal Business, the executive director of the Indigenous Resource Network and as a board member of both Indigenous owned and public companies – that resource development, from forestry to mining to oil and gas to fishing, is often the best, and for many nations, the only, transformative economic opportunity that can allow us to be self-determining again.

Unfortunately, Indigenous engagement in the resource industry has become seen as a political act rather than an economic one. Development in our territories, regardless of whether it has strong community support or not, attracts protests and negative headlines. It is used to push the political agendas of people who are not from our territories.

And that means that even though we are independent nations with a right, protected under the United Nations Declaration on the Rights of Indigenous Peoples (UNDRIP), to economic development, we have many additional barriers to attracting investment. That matters because our communities are pushing hard to have equity positions and partnerships in major projects. We are becoming the owners now. But because of the politicization of our participation in the economy, the costs of loans and financing are often so high in order to account for the delays, cancellations and legal battles that are likely to follow, that the project becomes uncompetitive. I know of billions of dollars of investment and revenue that have been lost to First Nations and Métis communities because resource projects have failed to go ahead due to the political risk.

We can’t go on like this. Our nations’ economic opportunities can’t be reduced to a pawn in Canada’s political battles. By paying attention to the extremists on either side we are ignoring the vast majority of Canadians and Indigenous peoples who support responsible resource development, and agree that a fair share of the benefits should go to our nations.

I must also question why our communities need 100 per cent support for any project to be deemed credible. We are not a monolith; of course as in any culture, we too have disagreements. Why are we held to an unreasonable and quite frankly unattainable standard when our current federal system can see a government make decisions on behalf of our entire country with often sub 50 per cent support?

It seems like the will of the majority is too easily overlooked and disregarded if it doesn’t fit the right narrative. I hope Canadians consider the long-term implications of that attitude: of telling Indigenous leaders that they are illegitimate, or Indigenous business owners that they are sellouts, if they benefit from the resources obtained from their own territories. The same resources that have made this country rich even as our people were kept poor.

JP Gladu is Anishinaabe from Sand Point First Nation and the executive director of the Indigenous Resource Network. He is also a Senior Fellow at the Macdonald-Laurier Institute.