The unemployment rate is low. So what?: MLI report by Philip Cross 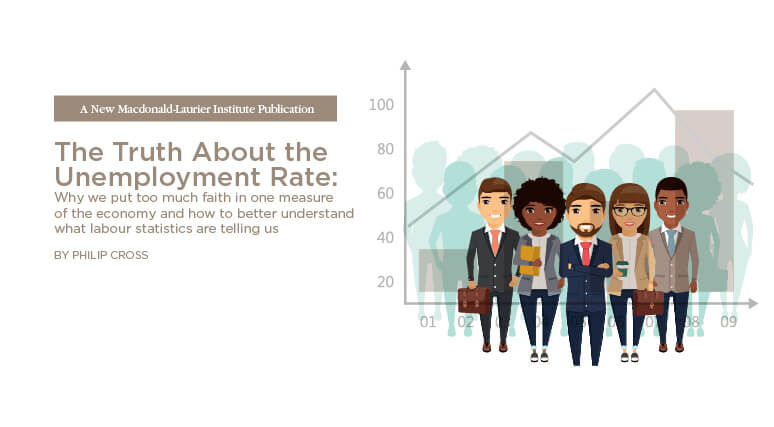 Cross, author of the new MLI report: “The Truth About the Unemployment Rate” notes that the unemployment rate in Canada is currently the lowest it has been since 1976 when records began. “At the same time”, says Cross “both the federal and provincial governments are running large deficits, citing the need for fiscal stimulus, and a wide range of other economic indicators remain lacklustre. Clearly there is a disconnection here.”

In recent years, the unemployment rate has become an incomplete and misleading reflection of how the labour market and the economy are faring. While unemployment is low, our aging population is leading to more people retiring from the labour force at the same time as youths are also withdrawing because their job opportunities are squeezed by a weak economy and government policies. Faced with often bleak job prospects, many are simply staying in school. With fewer older and younger people in the labour force, the unemployment rate is bound to be lower, but this isn’t necessarily good news for the economy.

After considering a wide range of measures, Cross finds the best alternative to the unemployment rate is the employment rate for workers in their prime, between 25 and 54 years of age. This group has had relatively stable labour force participation rates since 2000, is closely related to the overall business cycle, and is less susceptible to demographic forces.

The latest reading of the employment rate for workers in their prime was 82.5 percent holding a job in March 2018. While this represents a relatively high level by historical standards, equalling the peak set in early 2008 before the recession, it has declined slightly from its recent high of 82.7 in December 2017. This is a reflection of how growth has slowed in recent months, even as the unemployment rate has remained near all-time lows.

Following this paper, the Macdonald-Laurier Institute will be issuing a regular analysis that goes beyond the superficial unemployment numbers to see what the trends are really telling us about the nature of work, job precariousness, disruption in the labour economy, and Canadians’ prosperity in the future.

Philip Cross is a Munk Senior Fellow with the Macdonald-Laurier Institute. He is former chief economic analyst with Statistics Canada.

To arrange an interview with Philip Cross please contact: