The U.S. outsources control of drug prices to Canada: weird! Richard Owens in the Financial Post 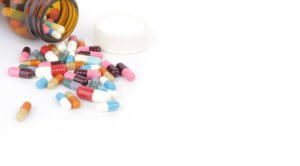 Having us do the dirty work of price controls on the U.S.’s behalf is bizarre and pathetic — and dangerous, writes Richard Owens in the Financial Post. Below is an excerpt from the article which can be read in full here.

Canada and the U.S. are in a bizarre war on drug prices.

By executive order, the Trump administration authorized the states to make large-scale drug purchases from Canada for their Medicaid plans, which provide health care to poor people. Florida and New Mexico have submitted reimportation plans for Food and Drug Administration (FDA) approval, a prerequisite to beginning purchases. Colorado is well on its way and others are expected to follow. Florida spends US$28 billion each year on drugs for Medicaid and reckons purchasing from Canada will save it US$80 million to US$150 million in its first year — enough to make the effort worthwhile though hardly a material portion of the overall budget. But the politics of exerting pressure to reform drug pricing may drive the process as much as short-term savings.

Importing even U.S.-made drugs from Canada saves money because of Canada’s essentially confiscatory drug price controls. Patented drugs in Canada are forced by law to be sold at discounts that average 20 per cent. Proposed new rules will be much worse. Implementation of these new rules has been postponed three times now, in part because of the process of consultation and legal challenges, but also because of the catastrophic impact they will have on drug availability in Canada. The Liberals don’t have the good sense and compassion to abandon them, perhaps because the NDP supports them. Fear of these imminent new rules is nonetheless already worsening access to drugs. The government even felt it had to exempt COVID vaccines from the destructive impacts of price controls — impacts it blithely maintains don’t occur.

Several parties, including PhRMA, which represents the innovative biopharmaceutical industry, have sued the U.S. Department of Health and Human Services and the FDA to overturn drug reimportation. Canadians should be rooting for them to win. At the end of January, the U.S. government filed for a 60-day delay to respond to the suit. Will the new administration oppose it? That remains to be seen, but it probably will. It has previously expressed support for drug reimportation. The Democratic party supports it. In 2017 Sen. Bernie Sanders introduced a wildly complex and coercive bill that would have even forced U.S. companies to export to Canada, so their product could be more cheaply reimported. That bill died, however, a victim of the common sense that should have kept it from being drafted in the first place.