Trudeau uses the nuclear option — without justification: Aaron Wudrick in the Toronto Sun 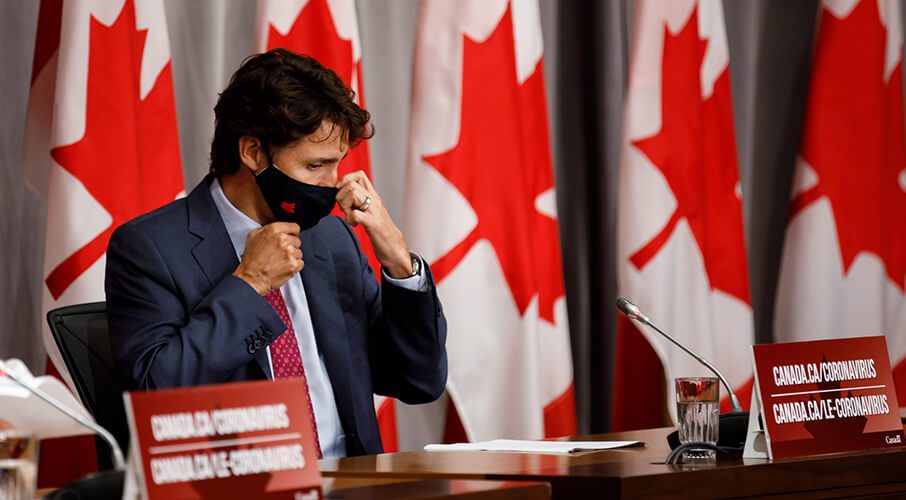 Canadians should be deeply concerned about the Trudeau government’s decision to invoke the Emergencies Act in response to the continuing Freedom Convoy protest, writes Aaron Wudrick in the Toronto Sun.

Canadians should be deeply concerned about the Trudeau government’s decision to invoke the Emergencies Act in response to the continuing Freedom Convoy protests, which have been encamped in front of Parliament Hill and within the downtown core of Ottawa for nearly three weeks.

It’s an unprecedented move: the Emergencies Act is a piece of legislation intended for use only in the most extreme situations. In fact, it has never been used since it became law in 1988 as the successor law to the infamous War Measures Act, which was invoked by Prime Minister Justin Trudeau’s father, Pierre.

During the October Crisis of 1970, it resulted in the arrest of nearly 500 people who were rounded up and detained without access to legal counsel. At the time, the elder Trudeau was criticized by civil liberties groups for his heavy-handed approach.

But as controversial as Trudeau Sr’s decision was in 1970, at least it came in the wake of two kidnappings, the mobilization of the Canadian military into Montreal, and several attempts at negotiation. Using the law was justified as necessary to crack down on a recognized terrorist organization with both a history of violence (including the bombing of the Montreal Stock Exchange in 1969) and an explicit objective of Quebec independence — a clear and unequivocal threat to Canada’s territorial integrity and constitutional order.

Today, it is hard to see how the federal government or the country faces any analogous threat.

Indeed, the impact of the Freedom Convoy is largely limited to a radius of a few city blocks around Parliament Hill.

This undoubtedly is a major annoyance and inconvenience for those who live nearby, but it is a big stretch to argue that it meets the high threshold contained in the act for justifying use of such enormous power, which includes the ability to temporarily suspend other laws, limit freedom of assembly and freedom of movement, and even compel people to act in support of government objectives.

Defenders of invoking the Act insist that its preamble, which explicitly states that the law remains subject to the Canadian Charter of Rights and Freedoms, ensures that it cannot be used to violate civil liberties.

The use of the Act is intended for crises where there are no other options on the table.

Yet until it decided to invoke the Act, the federal government — along with their provincial and municipal counterparts — failed to do very much at all to attempt to disperse the Ottawa protest, making it hard for them to claim they have exhausted all alternatives.

Effectively, Trudeau has gone straight to the nuclear option.

It didn’t have to be this way: the actions of law enforcement in effectively and peacefully dispersing other related protests, including at the Ambassador Bridge in Windsor, and a border crossing in Coutts, Alta., suggests that police already have the tools they need to enforce the law.

The Emergencies Act is not a convenient panic button for prime ministers to push when they need political cover. The failure of local police to enforce city bylaws in downtown Ottawa does not constitute a national emergency.

A multi-week traffic jam snarling the streets around Parliament Hill does not represent a mortal threat to our territorial integrity. And the inability of three levels of government to figure out the logistical quandary of towing away a bunch of trucks does not constitute a mortal threat to Canada’s sovereignty.

It remains possible that the Trudeau government has evidence, such as intelligence reports, of a credible national security threat within the Freedom Convoy sufficient to justify invoking this extraordinary law.

If they have such evidence, they should immediately make it clear publicly. But absent such a threat, the invocation of the Act represents an embarrassing failure of leadership and a terrible precedent that should alarm all Canadians.

Aaron Wudrick is the Director of Domestic Policy at the Macdonald-Laurier Institute.

The Danger of Politicizing the Policing of Protests: Ryan Alford for Inside Policy

The Danger of Politicizing the Policing of Protests: Ryan Alford for Inside Policy