Time for a serious conversation about radical Islam: Raheel Raza in the Huffington Post

in Columns, In the Media, Latest News, Raheel Raza
Reading Time: 3 mins read
A A 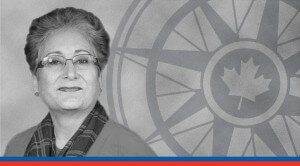 The 15th anniversary of the Sept. 11 terrorist attacks is an ideal time for a discussion about the serious threat radical Islam poses, writes MLI Munk Senior Fellow Raheel Raza.

September 11, 2016 marks fifteen years since the horrific terror attacks that brought down the twin towers, killed thousands of Americans and struck at the heart of America.

It was “the day that changed everything” — Including for Muslims like me.

On that day, there was tremendous concern that American non-Muslims, bent on revenge, might target Muslims, burn down our mosques and even lynch us.

Fifteen years later, there is plenty of “lynching” going on in America. But instead of Muslims getting lynched, politically correct enforcers are “lynching” those, like myself, who dare to speak out against radical Islam.

Today, in a post-9/11 America, if you utter a word of criticism — not just about Islam, but even about radical Islam — if you simply give terrorists credit for the attacks that they loudly and proudly take credit for, or if you even mention some of the radical things that radical Islamists say and believe — you will be branded as a racist and an Islamophobe.

When they called 9/11 “the day that changed everything,” little did we know what that change would look like.

Even I — a Pakistani-born, practicing Muslim woman — have been called a racist and an Islamophobe, because I was featured in the Clarion Project film “By The Numbers — The Untold Story of Muslim Opinions And Demographics,” and because I dared to go on HBO’s Real Time With Bill Maher to have an open, honest conversation about the threat of radical Islam and how it impacts us all.

When they called 9/11 “the day that changed everything,” little did we know what that change would look like.

A sad and worrying legacy of 9/11 is the emergence of a virulent strain of political correctness, and a war on America’s free speech rights, waged by the likes of CAIR (the Council on American-Islamic Relations) and the “Islamophobia industry” backed by millions of petro dollars.

They have weaponized political correctness in a fifteen year war to scare Americans away from using common sense and exercising their right to free speech. They want to stop us from having an honest conversation about radical Islam by calling us racists, bigots and even Nazis. But they would never call radical Islamists those names. That would be Islamophobic. Instead, they paint them as the victims, even while terror attacks continue in America: most recently in San Bernardino and Orlando. Such is the upside-down world we live in, fifteen years after 9/11.

We should recognize the breadth and depth of this radical ideology, which is to destroy the West and its values.

As a Muslim woman who left a truly bigoted and intolerant society to exercise my free speech rights in America, I find it morally debilitating to hear the apologists on the regressive left make excuses about the rise of radical Islam — or worse — to try to shut down debate.

We should not be afraid of debate. We should be afraid of a murderous ideology that inspires people to fly planes into buildings, shoot gays in nightclubs, burn women’s faces with acid and behead Christians. And we should recognize the breadth and depth of this radical ideology, which is to destroy the West and its values.

Fifteen years after 9/11, let’s at least have the courage to have a conversation about radical Islam. Maybe then, we can tackle the issue head on and find ways to defeat it together.

Mandating cheap drug access will only make it more difficult to help the world’s poor: Sean Speer and Richard Owens in Inside Policy

Mandating cheap drug access will only make it more difficult to help the world’s poor: Sean Speer and Richard Owens in Inside Policy