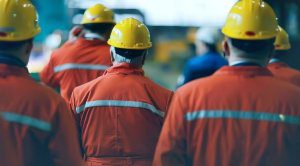 In some cases that means wages are rising, but there are other more creative offerings on the table as well. According to a survey of Canadian companies released in July by the staffing firm Robert Half, goodies used to attract would-be workers now include signing bonuses, longer vacations and fancier job titles. What we are also seeing, particularly for workers below the signing-bonus level, is that tuition reimbursement is becoming a more popular perk and that it is being offered with the possibility that more education will mean better prospects within the organization.

The splashiest headlines on this has come from the United States, where retailer Target Corp. has recently followed companies such as Chipotle and Starbucks, saying it will cover tuition, fees and textbooks to full-time and part-time workers who pursue an undergraduate degree. Other companies have launched programs to provide in-house training for those who meet some minimum benchmarks. If their plans come together, the companies will presumably be creating loyal, stable, educated work forces, which would be a win for them. For the workers, whether or not pursuing education puts them on a fast-track to the C-Suite, their prospects will certainly be better than had they stayed in their original jobs and waited for automation to take its toll.

Another trend in favour of workers is a slow but distinct movement away from “credentialism” in hiring. Credentialism, or the use of academic or other formal qualifications as a kind of shorthand to measure someone’s ability, is well-entrenched and in many cases works well enough as a system, or at least it has in past decades. Although the trend has not been quite as intense in Canada as in the United States, the practice has led to a desperate attempt by high-school graduates to get into universities or colleges upon high-school graduation – and who can blame them? Just on the unemployment rates alone, the value of an education is clear: As of 2020, Canadian workers with less than a high-school education had an unemployment rate of close to 12 per cent as compared with 6.2 per cent for those with a university education, according to Statistics Canada. This statistic has been skewed because the pandemic has hit lower-wage workers hardest, but that only reinforces the vulnerability of those without advanced education to the buffeting of the economic cycle.

Now, however, it seems that some companies are putting value on more than just conventional education. As well as a swath of online platforms that offer training, the past few years have seen the growth of “coding boot camps” that offer quick, intensive training to students and then often quick employment by tech employers. An analysis of LinkedIn data by Switchup, a website that ranks these programs, looked at the alumni of 370 boot camps either based in the U.S. or offering remote learning options, finding that several had higher percentages of alumni employed in the Big Five tech giants than did Harvard’s computer science program.

If any of this makes it sound like we are moving to the good old days, when a worker without advanced, formal education could join a company and make their way up, the reality is a bit different. First, that bit of nostalgia never applied to everyone anyway, rather just to those who were deemed to be a good fit with the prevailing culture. Second, the risk from automation is still there for the vast majority of workers as robots learn how to do everything from stuff French fries into bags to perform basic financial analysis. No credential is going to completely protect any worker from change, which suggests that training will also adapt and change as the economy moves with the pandemic and its aftermath.

That businesses are valuing more than just formal educational pathways is, of course, not about altruism, but rather about companies finding ways to meet their own future labour market needs. For the average worker, whatever their educational achievements, things may indeed become more difficult. There will be little to hide behind in terms of credentials in a future that is all about ability. For those that are willing to continuously adapt and retrain, however, the opportunities might be better than the big picture would suggest.

Ep. 71 – Fighting Back Against Global Hostage-Taking with Sarah Teich and Ai-Men Lau

Ep. 71 - Fighting Back Against Global Hostage-Taking with Sarah Teich and Ai-Men Lau