It is still possible to avoid a heightened and dangerous worldwide crisis and to ensure peace, security and stability in Europe, writes Eugene Czolij. The difference between the two possibilities is the political will of democratically elected governments. 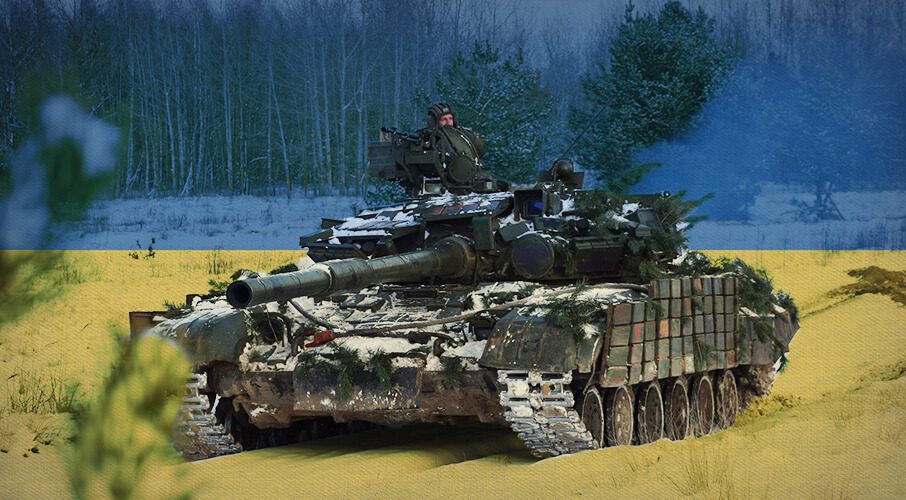 This article initially appeared in the Kyiv Independent.

With Russia’s ruthless and unprovoked invasion of Ukraine in the early morning hours of 24 February 2022, Vladimir Putin has brazenly challenged the West.

Ukraine is courageously holding the fort at a high cost of human lives, both military and civilian, as well as an inestimable destruction of property. Ukraine’s territorial defenсe units are successfully resisting Russia’s invading army. The supply of defensive lethal weapons by Ukraine’s allies has certainly contributed to this.

As for the West, it must act now or pay a much higher price later.

Two days before Russia’s vicious military attack against the whole of Ukraine, Putin angrily delivered an unequivocally clear message to the West by stating: “I will explain, that the US strategic planning documents […] stipulate an option of the so-called pre-emptive strike on enemy’s missile systems. And we know who the main enemy for the US and NATO is. It is Russia. NATO documents officially, straightforwardly declare Russia as the main threat for Euro-Atlantic security. And Ukraine will serve as a foothold for such a strike.”

Putin is obviously delusional that the West – more precisely the US and NATO – intend to strike Russia. Moreover, Putin is utterly obsessed with Ukraine and convinced that Ukraine is the key component to the revival of a Russian empire. Indeed, approximately two months ago, on December 17, 2021, Russia delivered a half-veiled ultimatum to NATO and the US on how to avoid a military response from the Kremlin: accept two divisive draft Yalta-style “security” agreements; namely, commit not to admit Ukraine into NATO and to withdraw NATO troops and armaments from 14 out of 30 NATO member states. This would effectively dismantle NATO and re-establish a Russian sphere of influence on the territory of the former Eastern Bloc countries.

Putin’s ultimatum makes clear both his insatiable imperialist ambitions and that he intends to go much further westward than Ukraine. The West must decide now whether to let Russia start a domino effect beginning with Ukraine, or help Ukraine succeed in defending its territorial integrity and stop any further westward military advance by Russia.

Time is of the essence.

Ukraine closed its airspace and urgently needs support to enforce this and save civilian lives from Russian fighter jets, drones and missiles violating its no-fly zone. It also needs additional effective defensive lethal weapons and fuel, as well as economic and humanitarian aid. As for Russia, it must be fully isolated without access to any sources of funding that contribute to Putin’s war chest. This should include a full trade embargo against Russia, its removal from the SWIFT international banking system and the freezing of assets of Russia’s leadership.

Such sanctions must be immediate and coordinated by the US, the EU, the UK and Canada. It is still possible to avoid a heightened and dangerous worldwide crisis and to ensure peace, security and stability in Europe. The difference between the two possibilities is the political will of democratically elected governments.