The use and abuse of minority voices for the sake of narrative: Gabriel Louër for Inside Policy

True diversity can only exist when the distinctions that exist between entities are conserved. And it is up to us as individuals to foster that diversity. 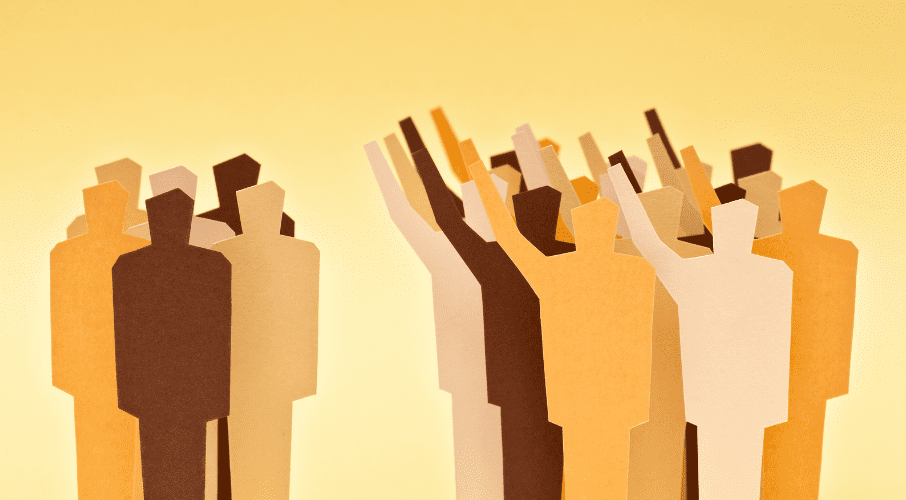 A narrative about persons of colour in Canada is being promoted by ideologues who do not have our best interests at heart. For them, despite what they might say, we as people of colour have been reduced to nothing more than pawns for their own agendas. Our sense of agency has been stripped by the rampant paternalism of the ruling narrative and its proponents. In their alleged advocacy for the interests of minorities, only one vision is permissible – and it is one that accords with their interests.

Those who stray from the narrative are mere abnormalities not to be taken seriously or, even worse, ridiculed and ostracized. All of this results not in genuine concern for the well-being or prosperity of people of colour, but rather vacuous and fraudulent messaging that is purely rhetorical.

Touching upon personal experience and several stories by other Canadians from minority backgrounds, I hope to show the inherent contradictions present within the dominant narrative and to expose its various flaws. Moreover, I wish to present my own vision going forward – one that I believe is healthier, genuine, and will foster true diversity and allow for fruitful dialogue.

Discussions concerning people of colour and their relationship to society at large occur largely on a superficial level. For instance, consider the story of Pat Kambhampati, a professor of chemistry at McGill University originally from India. A National Post article states that “his application for a $450,000 grant this month from the Natural Sciences and Engineering Research Council of Canada (NSERC) was turned down because, the council said, ‘the Equity, Diversity and Inclusion considerations in the application were deemed insufficient.’”

Why exactly was the professor’s grant application deemed insufficient? The answer is that he decided that individuals should be assessed on an individual basis. That is, by the content of their character, not the colour of their skin. How is it possible that a professor hailing from India could be considered “not diverse enough”? The truth is that it is not about diversity, but narrative – one that posits, quite ironically, that all people of colour are one and the same. For the narrative of diversity, there is no grey, only black and white.

In addition to his grant rejection, Kambhampati spoke about his encounters with students who are critical of his stance: “‘I actually get called a racist constantly by white university students who believe that prejudice plus power equals racism. And as a result (they say), I have internalized racism. So, if you are a minority who thinks that the racism of the woke left is overstated they say you have internalized racism.’” In a sane world, a cohort of white students dictating what a person of colour has to think would be considered racism, but this is considered just and righteous.

This is a narrative that I have encountered personally. As a person of colour, having heterodox opinions on certain issues, no matter how trivial, has consequences. Because of this, many young people, myself included, have had to restrain ourselves from expressing our true beliefs. These are not elements of a culture that is democratic, free and diverse. This is a culture that is repressive, intolerant, and homogeneous. This narrative reinforces everything it proclaims to be against.

At its core there is an interesting philosophy to this narrative – one based on being reactive rather than proactive. For example, consider the case of the Toronto District School Board and their cancellation of guest speaker Nadia Murad. Murad is the winner of the 2018 Nobel Peace Prize and was sold into sexual slavery by ISIS militants; fortunately she lived courageously to tell the tale.  According to an article, she was disinvited to speak because her book was deemed offensive by the school board superintendent. In contrast to this ridiculous episode, consider the effects of school closures during the pandemic, which have significantly hindered the education of young Canadians, particularly the most vulnerable such as newcomers and minorities.[1]

The people who are willing to ban books in our schools are nowhere to be found when it comes to proactively raising the standards of education for students. For them, the plight of injustice is merely an opportunity to signal virtuosity to their peers. This is a disgrace and we as individuals must confront it.

It’s time for those of us who do not share the majority opinion to accept the potential for consequences if we speak our minds. In my view, it is better to live a life of social ostracization than to live a life of self-repression, where you never have the opportunity to say what you truly think. Moreover, for those of us who complain about the problems of this narrative, we must realize that if we do not confront it, we are only allowing the problem to persist.

In the name of diversity, our society has bred a culture of conformity. True diversity can only exist when the distinctions that exist between entities are conserved. And it is up to us as individuals to foster that diversity.

Gabriel Louër is a philosophy student at the University of Winnipeg. This article is the second-place winning submission for the 2021 Speak for Ourselves Essay Competition.

Winner of the 2021 Speak for Ourselves Essay Competition: Am I Enough? Meghrig Milkon for Inside Policy

Winner of the 2021 Speak for Ourselves Essay Competition: Am I Enough? Meghrig Milkon for Inside Policy