Nuclear power is roaring back and the world’s richest uranium deposits are found in the Athabasca basin of northern Saskatchewan. 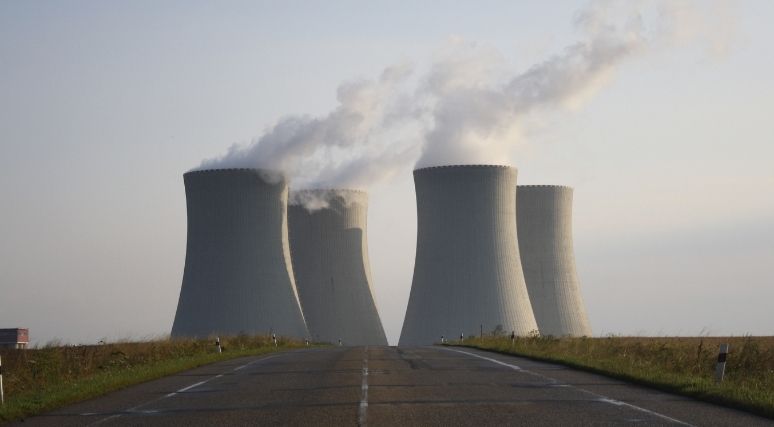 This article originally appeared in the Ottawa Citizen.

As the world grapples with the need for low-carbon energy sources, nuclear power is making a comeback. The Chernobyl disaster in 1984 and the Fukushima Daiichi accident in 2011 dealt near-fatal blows to the sector. But our concurrent energy, security and climate crises are changing hearts and minds, and a nuclear renaissance is on the horizon. Canada has all the tools to be a leader in this new era. Will it use them?

Even before Russia invaded Ukraine, Europe was looking for alternatives to fossil fuels in support of its climate goals. The high cost and intermittency of wind and solar, and the energy crisis it provoked in the Fall, helped push nuclear back to the forefront after years in the wilderness. The Fukushima nuclear power plant meltdown, triggered by an earthquake and a tsunami, had previously prompted former chancellor Angela Merkel to announce a nuclear exit for Germany. The European Union remained divided for years on whether nuclear power had a role in the continent’s energy mix. With the urgent need to get off Russian natural gas, this is now a settled question.

Nuclear power is roaring back, with new reactors or extensions of older ones announced weekly. According to the World Nuclear Association, about 100 power reactors are on order or planned, and more than 300 more are proposed. Nuclear’s promise of low carbon, baseload power, and increasingly competitive price with fossil fuels is too good to pass up.

The safety concerns of nuclear-hesitant environmentalists have never been grounded in reality. From mining to milling to power generation, all the way to waste management, the industry is incredibly well-regulated and remarkably effective in accident prevention. Indeed, nuclear power is much like air travel: the fear of accidents is not tied to the sterling safety record of the industry overall.

Enter Canada. The world’s richest uranium deposits are found in the Athabasca basin of northern Saskatchewan, an area the size of Iceland populated primarily by Dene people. The crown jewel is the Cigar Lake mine, 700 km north of Saskatoon, which is not only the highest-grade uranium mine in the world at an astonishing U3O8 concentration of 15.9 per cent, but also the most valuable mine on the planet, by tonne of ore, for any metal. In total there are five uranium operations and about a dozen exploration companies in the region. (Just a few hundred kilometres west is the Athabasca oil sands and its 167 billion barrels of oil, making the region one of the most globally significant in an energy hungry world).

The total market cap for the uranium sector — the book value of all publicly traded uranium miners put together — is about $37 billion. This is astonishingly small for a product that provides 10 per cent of the world’s electricity. But with demand for uranium now exceeding supply, and new sanctions on Russian enriched uranium, allies are calling to ask how they can get more of our product. The prospects for Canadian uranium are bullish.

But that’s not the only opportunity that awaits. Saskatchewan, Ontario, New Brunswick and Alberta have just released a strategic plan to position Canada as an exporter of small modular reactor (SMR) technology. SMRs are smaller than conventional nuclear reactors (300MW or less) and are meant to be manufactured at a plant and then assembled on site — thus the “modular” – and therefore cheaper and easier to build. They are designed to be safer and can also be deployed in remote and off-grid sites, making them perfect to replace diesel generation in northern communities, or to power the process of separating bitumen from sand in an emissionless manner, moving the oilsands closer to their net-zero goals. Dozens of prototypes are now being designed and built around the world, but Canada has a competitive edge with its world-class uranium reserves.

This is where the federal government comes in. Environment and Climate Change Minister Steven Guilbeault is known to personally disdain nuclear energy. When he issued $5 billion in green bonds in March to finance projects that support the government’s climate and environmental objectives, he bewilderingly excluded nuclear energy. This blindsided the nuclear industry. But other corners of the government have been more supportive, and the federal budget this month earmarked $120 million to support research and regulation of SMRs.

The tide is turning in the Liberal caucus, as it has across the western world in the past six months. Nuclear energy is quickly evolving from misfit to darling. Few nations stand to gain as much strategically, economically and environmentally from a nuclear renaissance as Canada. The government’s messaging needs to start reflecting this.

Heather Exner-Pirot is a Senior Policy Analyst at the Macdonald-Laurier Institute.

A modern Conservatism for a modern Canada