The many shades of deterrence in Ukraine: Alex Wilner in the Hill Times

Deterrence can’t work if the aggressor expects continued punishment even after it acquiesces to demands. Under these conditions Russia will have no reason to end the war. 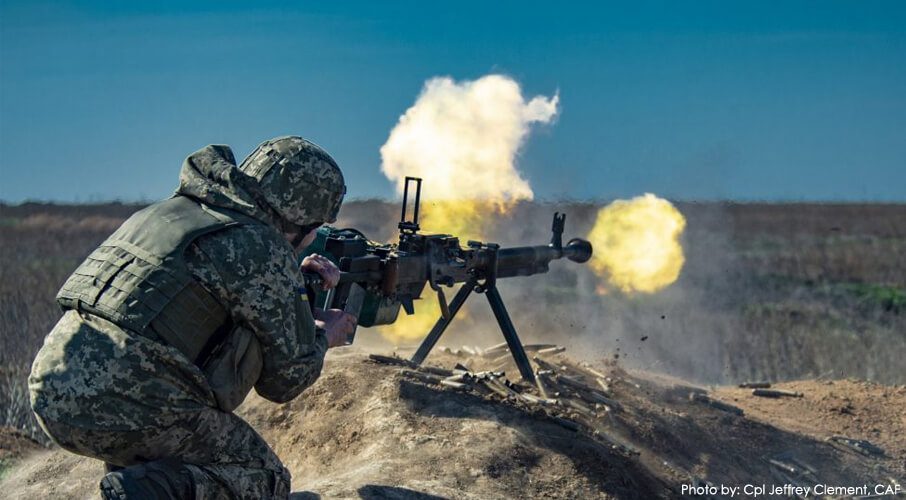 This article originally appeared in the Hill Times.

Deterrence entails the use of threats to manipulate an adversary’s behaviour. The concept has been around a long while. Even the Romans understood that “if you want peace, make ready for war.” In Ukraine, Canada and its allies have been given a crash course on its contemporary application. So far, the balance sheet isn’t great.

Despite months of allied warnings and the mustering of a grand coalition in support of Ukraine, Russian President Vladimir Putin was unfazed. While an introspection is needed to understand what more might have been done to deter hostilities, that Putin felt comfortable upending the global order by launching Europe’s greatest war in more than 70 years suggests a deterrence failure of epic proportions.

That doesn’t mean, however, that the West should give up on deterrence. Rather, it means that the type of deterrence we use and the goals we pursue should shift in concert with the evolving conflict. In Ukraine, the West now has two deterrent objectives.

First, we’re trying to shape how Russia prosecutes its war. We failed to deter Russia’s onslaught, but that doesn’t mean we can’t try to change its behaviour during the conflict. Intra-war deterrence takes place within a military engagement. It works by forcing an adversary to weigh the costs and benefits of its continued action, and by delineating new red lines that curtail certain behaviour within the war.

Today the West is doing both. Every day that Ukraine continues to stand is an additional cost to Putin. We’re denying him the type of victory he expected (and still needs) by funneling Kyiv lethal weapons, intelligence, and other forms of support. We’re also leveraging punishments, adding costs to Russia’s war through economic sanctions, trade embargoes, and diplomatic censure. And we’re attempting to delimit how Russia pursues its military objective by threatening prosecution for war crimes.

These costs are piling up in the form of missing Russian soldiers and destroyed materiel. The Kremlin’s control over domestic narratives is slipping. Russia’s reputation is in tatters. Putin is a pariah, isolated and friendless. The cumulative objective is to convince Russia that the cost of continuing the war outweigh the benefits. We want to compel Putin to consider and accept a ceasefire.

There’s a catch to practising this type of deterrence, however. The West must reciprocate Russia’s drawdown. Deterrence can’t work if the aggressor expects continued punishment even after it acquiesces to demands—under these conditions Russia will have no reason to end the war. If Putin ceases his offensive the West will have to drop some of its punishments in kind, by ending sanctions, releasing assets, resuming trade, renewing other activities with Russia, and possibly, forgoing prosecutions.

Second, the West is trying to deter regional escalation. Our goal is to convince Russia not to expand its war beyond Ukraine’s borders. In doing so we’re practising extended deterrence, best defined as protecting an ally from external attack. The concept is enshrined within NATO. The U.S. provides a security guarantee—backed by nuclear weapons—to European allies by promising to come to their assistance.

Unfortunately, practising extended deterrence will become increasingly complex as the war evolves. The West is already planning for a Ukrainian insurgency. This will require establishing logistic routes through NATO territory in Poland, Romania, Slovakia, or Hungary. Kyiv’s government-in-exile will need a European host and intelligence to plan guerrilla operations. And local insurgents and Western volunteers may seek European safe havens. In response, Russia’s military could pursue insurgents into NATO territory. Its spies could conduct clandestine operations, cyberattacks, and assassinations of Ukrainian leaders within Europe. Worse, Putin may interpret Western support for the insurgency as escalation, justifying retaliation. We need to adapt our extended deterrence for these emerging scenarios.

The mood in Europe is dire. Lithuanian President Gitanas Nauseda warned that Russia’s “reckless aggression” could lead to World War III because “deterrence is no longer enough.” But before we part with deterrence, let’s revisit its logic and apply it where we can and must.

Alex Wilner is an associate professor of international affairs at Carleton University. His latest book on deterrence is Deterrence by Denial (Cambria Press, 2021).

Beijing and the inconvenient truth about the Russian business pull-out: Stephen Nagy in the Japan Times