In view of their obligations under the Budapest Memorandum, it is incumbent on the US and the UK to help Ukraine effectively defend its territorial integrity 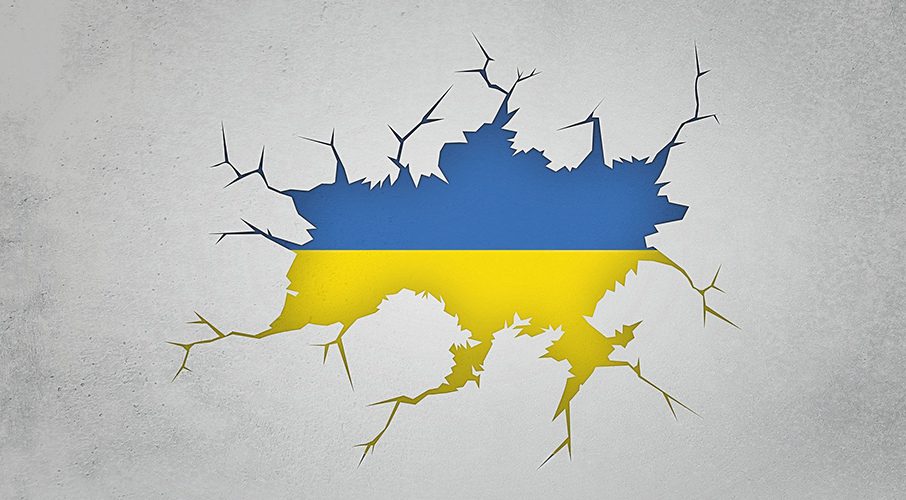 This article originally appeared in the Kyiv Independent. This article was initially published before Russia launched its unprovoked, unjustifiable, and wholly aggressive assault on Ukraine and its people.

On 5 December 1994, at an OSCE conference in Budapest, Ukraine, the United States of America, the Russian Federation and the United Kingdom of Great Britain and Northern Ireland signed a Memorandum on Security Assurances in connection with Ukraine’s accession to the Treaty on the Non-Proliferation of Nuclear Weapons (the Budapest Memorandum).

Most importantly, in consideration for Ukraine’s accession to the Treaty on the Non-Proliferation of Nuclear Weapons, the US, the UK and Russia affirmed in the Budapest Memorandum: (a) their commitment to Ukraine to respect the independence and sovereignty and the existing borders of Ukraine; (b) their obligation to refrain from the threat or use of force against the territorial integrity or political independence of Ukraine, and that none of their weapons will ever be used against Ukraine except in self defence or otherwise in accordance with the Charter of the United Nations; and (c) their commitment to Ukraine to refrain from economic coercion designed to subordinate to their own interest the exercise by Ukraine of the rights inherent in its sovereignty and thus to secure advantages of any kind.

Since the signing of the Budapest Memorandum, Ukraine has met its obligations under the Budapest Memorandum by turning over the world’s third-largest nuclear arsenal; Russia has blatantly breached its obligations under the Budapest Memorandum by invading Crimea and parts of eastern Ukraine, as well as by escalating its military aggression against Ukraine, namely by shelling residential areas (including a kindergarten and a school yard) of several towns on the eastern border of Ukraine, recognizing as independent regions the Russia-controlled Luhansk and Donetsk so-called “people’s republics” and deploying Russian troops to carry out “peacekeeping functions” in eastern Ukraine, the whole also in clear contravention of the Charter of the United Nations, the Helsinki Final Act and the Minsk Agreements; while the US and the UK consider their commitment to be limited largely because they provided “assurances” (English text of the Budapest Memorandum) and not “guarantees” (as per the Ukrainian text of the Budapest Memorandum, which also states that it was: “Signed in four copies having equal validity in the English, Russian and Ukrainian languages”).

After the President of Ukraine invoked the Budapest Memorandum during his speech at the Munich Security Conference on 19 February 2022, Germany’s Ambassador to Ukraine reacted the very next day on the TV channel “Ukraine-24” by stating that the Budapest Memorandum is not legally binding under international law. It is rather peculiar that, in a time of such acute tensions, the ambassador of a non-signatory country would have been one of the first to react and contradict the head of state of a Budapest Memorandum signatory country, not to mention the victim of Russia’s unlawful military aggression, on the binding nature of this international agreement.

On that count, it is worthwhile to note that, according to Article 2 of the 1969 Vienna Convention on the Law of Treaties, the Budapest Memorandum is a “treaty” since it is “an international agreement concluded between States in written form and governed by international law, whether embodied in a single instrument or in two or more related instruments and whatever its particular designation.”

Moreover, the 1969 Vienna Convention on the Law of Treaties provides that:

1. A treaty shall be interpreted in good faith in accordance with the ordinary meaning to be given to the terms of the treaty in their context and in the light of its object and purpose.

4. Except where a particular text prevails in accordance with paragraph 1, when a comparison of the authentic texts discloses a difference of meaning which the application of articles 31 and 32 does not remove, the meaning which best reconciles the texts, having regard to the object and purpose of the treaty, shall be adopted.

In addition, when interpreting any agreement, the most important element to consider is the intent of the signing parties.

In this case, the US, the UK and Russia were pressing Ukraine to rid itself of its powerful nuclear arsenal and committed “to respect the Independence and Sovereignty and the existing borders of Ukraine” while Ukraine relied on these real commitments to enter into the Budapest Memorandum and fulfill its obligations thereunder.

Everyone knew at the time that Ukraine was not in the least concerned that the US or the UK would ever threaten or use force against the territorial integrity of Ukraine. The signatures of the US President and the UK Prime Minister on that multilateral agreement were meant to ensure that Ukraine could turn to and expect effective support from the US and the UK to prevent any violation of the Budapest Memorandum by Russia. Indeed, the Budapest Memorandum was signed only three years following Ukraine’s proclamation of its renewed independence following three centuries of merciless Russian colonization, domination and exploitation both at the hands of the Russian empire and within the Soviet gulag of nations known as the Soviet Union.

In view of their obligations under the Budapest Memorandum, it is incumbent on the US and the UK to help Ukraine effectively defend its territorial integrity by providing Ukraine the necessary defensive lethal weapons (including to strengthen Ukraine’s air defense systems) and economic support, as well as by escalating sanctions against Russia (including to cut Russia off from the SWIFT international banking payment system, maintain the suspension of the certification process for the Nord Stream 2 pipeline and freeze the assets of Russia’s leadership) until Russia de-occupies Ukraine and withdraws its massive military build-up along Ukraine’s borders.

By taking such concrete actions, the US and the UK will not only demonstrate that they honor their international treaty commitments, but also serve their own interests of ensuring security and stability of Europe.