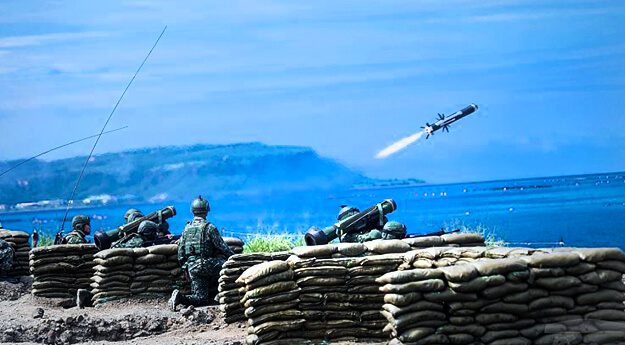 The Chinese leadership has made it clear that resolution of the question of Taiwan’s status by force is still in the cards. This remains a possibility even though Beijing ostensibly views this option as a last resort and the People’s Liberation Army (PLA) may not yet have sufficient capabilities and confidence to invade Taiwan. As a result, it is incumbent upon Taipei to ensure it has the wherewithal to deter, and if necessary to counter, China’s increasingly impressive amphibious capabilities, which will be a crucial component in any attempt by the PLA to invade Taiwan.

Despite improvements in recent years, the Taiwanese military has yet to fully embrace the potential for an asymmetrical response to the threat of an amphibious assault by China and remains. Moreover, on the whole, Taiwan remains committed to a traditional posture even though the widening imbalance of power across the strait is making that approach increasingly untenable.

As with military forces worldwide, resistance to change and a lack of imagination has undermined the willingness of Taiwanese military planners to fully embrace recent scientific developments in the fields of artificial intelligence (AI), ubiquitous remote-sensing and automation. Amid a rapid expansion in Chinese military power over the past two decades, Taipei has recognized it can no longer afford to compete with the PLA Navy on a boat-for-boat basis. Indeed, Taiwan has accordingly shifted much of its strategy away from large surface combatants in favor of smaller, radar-evasive fast-attack missile vessels and anti-ship cruise missiles.

Still, far too much of Taiwan’s anti-landing strategy continues to rely on manned intervention and counter-landing operations launched on Taiwan’s side of the median line that separates the Taiwan Strait. At best, the improvements that have occurred so far have come in the form of newer versions of old military platforms—artillery, tanks, missiles and navy vessels. Given the quantitative imbalance in manpower, materiel and annual defense spending, unless Taipei embarks on a radical shift in its counter-landing strategy, Taiwan is essentially doomed to failure at some point in the future. To succeed in deterrence, the Taiwanese Army, Navy and Air Force must shift away from a high-cost, human-centric defense posture and fully employ the advantages made possible by scientific advances. Where possible, Taipei should abandon legacy platforms and instead seek to develop or acquire swarms of low-cost, dispersible and automated weapons systems as part of a faster, less predictable and more effective anti-access “kill chain” in the Taiwan Strait.

At present, Taiwan’s main array of systems which would be deployed to ward off an amphibious assault by the PLA comprises two combat-capable submarines, land and sea-based anti-ship cruise missiles (the Hsiung Feng 2 and 3), multiple-rocket launcher systems (the RT-2000), artillery, tanks and a variety of man-launched anti-armor Javelin and TOW missiles. Taiwan also fields a limited counterforce capability to strike at targets, such as naval bases, in China, with air-launched cluster munitions and coastal suppression torpedoes.

As a sign of Taiwan’s continued attachment to a traditional counter-landing posture, Taiwan is now close to purchasing $2 billion-plus in arms from the U.S. as part of apackage that will include 108 M1A2 Abrams main battle tanks, as well as 409 FGM-148 Javelin missiles and 1,240 BGM-71 TOW anti-tank missiles. Given the terrain in Taiwan, the only real purpose for the otherwise impressive M1A2 will be to array-deploy it along the coastline facing an advancing PLA Navy. As with other heavy road-mobile platforms currently in Taiwan’s arsenal, the M1A2 battle tanks would be highly vulnerable to PLA missile and rocket attacks, as well as air assault by the PLA Air Force.

Instead of investing in manned vehicles and heavy armor—or minimally, as a complement to those initially—Taiwan would be much better served by minimizing the presence of soldiers in coastal areas. Instead, Taipei must let automated systems do the job of pushing back a PLA invader. Rather than tanks defending the Taiwan side of the Taiwan Strait, Taiwan should deploy swarms of armed automated sea vessels equipped with multiple-sensors and assisted by unmanned vehicles providing intelligence and data for target acquisition. Produced at low cost, many of those automated vessels should also have the ability to engage in “suicide attacks” against much larger and costly PLAN targets. (Recent reports indicate that the PLAN, which like other branches of the PLA has embraced AI to a far greater extent than most competitors worldwide, is in the process of developing automatic robotic submarines that can conduct reconnaissance, mine placement and even suicide attacks against enemy vessels.)

Besides swarms of robotic surface combatants, the Taiwanese Navy could also explore the possibility of developing its own automated miniature submarines as well as drone mines with autonomous propulsion and remote sensors. “Deployed” in Taiwan’s outlying islands as well as along its coastlines in undisclosed locations, “fire-and-forget” drone mines would be re-directionable and hard to detect, providing Taiwan with a formidable and low-cost anti-access/area-denial capability. An additional advantage would be that no mine-laying vessel or aircraft, slow and inherently vulnerable to attack, would be needed to lay them at sea. Unlike “dumb” mines, their robotic, intelligent counterpart could also be deactivated or commanded back to base after the threat of hostilities has receded, thus greatly reducing the likelihood of accidents.

In the air, “suicide” drones could also be deployed to swarm and launch attacks against approaching sea vessels. At the 2017 Taipei Aerospace & Defense Technology Exhibition (TADTE), the National Chungshan Institute of Science and Technology (NCSIST) unveiled an anti-radiation drone that bore a striking resemblance to the Israeli-made IAI “Harop.” While anti-radiation drones are designed to target enemy radar and air-defense systems in the first line of attack, similar drones could be developed to serve as a low-cost “death from above” dive-bomber to be used in a counter-landing operation.

Greater investment should also be made in automated coastal defense systems, such as the “Tan An” Coastal Defense Rocket System (CDRS) developed by the NCSIST. The “Tan An” CDRS is a turret-mounted rotational unmanned system that can be deployed onshore and at critical locations on outlying islands for counter-landing operations. The fixed-emplacement CDRS, which is controlled remotely, operates at a maximum range of 1.2 km and comprises 12×7 rocket launchers for concentrated fire. Though fixed, such systems could eventually be rendered mobile, and their loss would be affordable to the Taiwanese military.

Automation and miniaturization should also be applied to existing systems, such as the road-mobile launchers currently in service for the HF-2 and HF-3 anti-ship missiles. These could also be used for the HF-2E land attack cruise missile (LACM), whose range is now rumored to have been extended, meaning it can now deliver a 500-kilogram package from 650 kilometers to as much as 1,500 kilometers. The Taiwanese military is reported to be mass producing as many as 245 HF-2E LACMs. Military analysts have pointed out, however, that the trucks that are currently used for the road-mobile HF launchers are too heavy and hard to disperse. Smaller, easier to dissimulate and more dispersible platforms, therefore, should be developed or acquired by foreign manufacturers to increase the survivability of this system. As with other platforms, fully automated versions could also be developed.

Whether Taiwan makes the necessary transition to a military that fully embraces AI and automation will be a test of its leadership and Taipei’s ability to convince change-resistant military institutions of the need to let go of legacy projects and strategies. As efforts elsewhere have shown, doing so has proven to be more difficult than expected. But there is no other option for Taiwan. Given the odds against it, not to mention the difficulty in attracting sufficient soldiers and Taipei’s inability to match Beijing’s spending on defense, it is truly a matter of adapt or die.

Rather than stick to old practices, Taiwan should draw from its impressive pool of talent in the fields of AI and automation to create a military for the twenty-first century, one that is tailor-made to meet the only real contingency that threatens its survival—that of a PLA amphibious assault. All of this can be achieved arguably for a fraction of the cost that Taiwan will pay for its ongoing Indigenous Defense Submarine program or the acquisition of high-profile platforms from foreign defense contractors that, while impressive, are also merely technical improvements on existing platforms that were designed to fight not the wars of the future, but rather past ones.