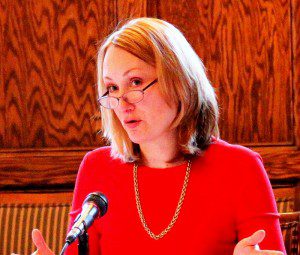 On March 3, 2015, Dawson Strategic in partnership with the Macdonald-Laurier Institute (MLI) hosted the second of two meetings on the issue of contraband tobacco. Building on the previous meeting held in Ottawa in November 2014, this meeting convened a broad group of interested stakeholders from government, business, academia, and First Nations.

The objective of the meeting was to raise awareness of the seriousness of the contraband tobacco problem in Ontario and provide concrete policy solutions to provincial policymakers.  The timing of the event fit well, in advance of the Government of Ontario’s March 2015 budget, given the government’s stated desire to recoup significant lost tobacco tax revenues.

The meeting opened with an invocation from Akwesasne Council Chief Steve Thomas. After, Marc Sharett (Director, Program Policy & Analytics Branch, Ontario Ministry of Economic Development and Trade) provided remarks on the Government of Ontario’s position on the issue and the “incremental steps” the government has taken to tackle contraband tobacco.  MPP Toby Barrett provided unplanned remarks to the audience, emphasizing the severity of the problem in his riding, Haldimand-Norfolk and that the legitimate industry “can’t compete with contraband”.  He urged the Ontario government to take serious action on the issue. 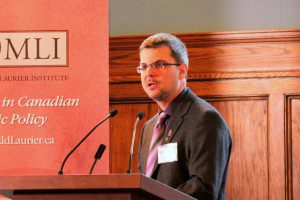 Afterwards, Dr. Laura Dawson introduced the panel of experts.  They each gave a 10-minute overview of their positions on the topic, following which Dr. Dawson posed a series of questions to each panelist.  The panel consisted of:

The session concluded with Q&A from the audience, which was lively and engaging.  The meeting was chaired by MLI’s Managing Director, Brian Lee Crowley.

Key Messages from the Panel Discussion

The panelists emphasized several high-level messages throughout their remarks, including:

Leuprecht was interviewed on the Global News program Focus Ontario, CBC Radio One in Windsor and Radio-Canada.

There are also video interviews with Leuprecht and Kheiriddin available on YouTube.

Beleaguered finances put Quebec at a crossroads: Crowley in the Globe

Beleaguered finances put Quebec at a crossroads: Crowley in the Globe