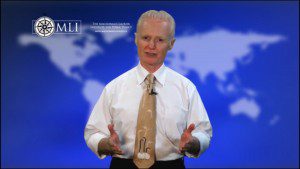 Ideas for reform of Canada’s expensive and underperforming health care system are emerging from unlikely places, MLI Managing Director Brian Lee Crowley said in an interview with Danielle Smith on Am 770 in Calgary.

Take Saskatchewan, for example. Even the province where Canada’s publicly-funded medicare system was born, says Crowley, has managed to cut costs and deliver better care through the use of private clinics.

“I think what’s driving many governments is not ideology but the dollars and cents of trying to balance the budget”, says Crowley.

The Macdonald-Laurier Institute recently released the third in its series of videos on health care. It looks at ideas for reforming Canada’s health care system from close to home and around the world in places like Sweden, Korea, Japan and Taiwan.

It is part of MLI’s Medicare’s Midlife Crisis series.

Are deficit critics sounding a false alarm?: Sean Speer in Inside Policy

Mr. Trudeau goes to Washington: Sean Speer in Inside Policy

Mr. Trudeau goes to Washington: Sean Speer in Inside Policy