Rush to expand MAiD turns policy-making on its head: Harvey Schipper and Harry Swain in the Vancouver Sun 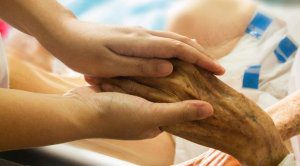 There is something troubling, even dangerous, about the way MAiD is evolving in Canada, and that is the absence of evidence, write Harvey Schipper and Harry Swain.

There is something troubling, even dangerous, about the way medical assistance in dying (MAiD) is evolving in Canada, and that is the absence of evidence.

It has now been five years since the Supreme Court’s decision in the Carter case caused the federal government to pass assisted dying legislation, adopting a careful definition of what should be allowed. The legislation was explicit that future amendments would depend on the evidence of the first few years, and promised a review in 2020.

We have now had about 13,000 “successful” cases. For each, the relevant evidence should include at least a medical history, analysis of the nature of the suffering and attempts to relieve it, documentation of procedural steps, and impacts on friends and loved ones — but it doesn’t.

In addition, we have an unrecorded number of cases where MAiD has been withheld, and we have no records of why or what the consequences have been. Beyond the suffering individuals themselves, we have only anecdotes about the effects on their families, close friends and communities.

We have no evidence on which to base change in the law in any direction.

We are thus faced with a Quebec court decision, Truchon, which demands Parliament drop the criterion of “reasonably foreseeable death” immediately. It is to be followed by the promised parliamentary review this fall, leading presumably to further changes.

At the very least the government could have appealed for time to consolidate these two reviews. But they did not, thus ensuring by default a piecemeal process.

Whether two processes or one, government inaction on data collection means that we will forgo a disciplined examination of the facts. This turns policy-making on its head. In every other field, from pipelines to seatbelts, from new airplanes to new medicines, the onus is on the advocate to provide clear, scientific evidence that the idea is safe — neither painful to the user nor distressing to the community.

It is entirely plausible that access to MAiD has, on balance, increased suffering and led to premature, unconsented death among those with grievous illness, as well as traumatic effects on the community. How might this be so?

Consider the events in the Louis Brier Home in B.C. where MAiD was administered to a consenting resident by an outside physician in direct contravention of the policy of the institution. Brier was built by and for Holocaust survivors, for whom the notion of MAiD was anathema. There was enduring turmoil and angst thereafter. Safe does not mean just for the person who will use an innovation.

We hear broadly from those disabled that the experience of Archie Rolland in Quebec — where supports for a severe neurodegenerative disease that had held him stable for a long time were withdrawn without his consent — caused deep concern and fear. After a long period of futile appeal, he sought and received MAiD. His life ended earlier than he wished.

Roger Foley had a similar disease and experience. Officials at his hospital in London, Ontario, had not found a suitable long-term facility for him, and repeatedly pressured him to accept MAiD as an alternative. Foley released a recording of his experience to suspend what might otherwise be our disbelief. Were Archie Rolland and Roger Foley made safer?

What about the dying lawyer in Toronto who was asked, on virtually a daily basis, and over his repeated objection, whether he was ready for MAiD. He and his family suffered because of that. Are we sure we have training, evaluation and oversight measures sufficient to make sure that MAiD is a last resort? Hardly.

What do we make of the repeated, first-person accounts of people with psychological or neurological illness who would have sought MAiD had it been available at the time, only to recover and reflect on the terrible loss of their life that might have happened? The simple fact is we are not very good at predicting outcomes in many serious diseases.

Bluntly put, people will be put to death based on our ignorance. We won’t hear from them because they are dead. We may hear from their families though, as in the recent case where a young woman was admitted to a suicide unit, and over her family’s deep objection was provided MAiD.

Around 20 years ago the senior author of this piece was taking care of a number of patients with a relatively rare leukemia, CML. The natural history was of progressive decline over about five years. Life would not be good: repeated transfusions, bleeding, fatigue. Though the issue never came up because MAiD was nowhere on the horizon, one can imagine some of those patients would have considered it.  Then suddenly a new drug appeared. Overnight the lifespan of these patients came to match that of the population as a whole. There were some manageable side effects, but morbidity and mortality all but disappeared.

The cases which drove Rodrigues, Carter and Truchon and others like them are indeed compelling. However, so are the stories of Foley, Rolland, the CML patients, and those whose lives of intermittent, even prolonged severe depression are now resolved. If anecdote is to be the way we make our laws, both sides of this unnecessarily polarized debate could easily match case for case, heartstring for heartstring.

So far the focus has been mostly on those suffering individuals who wish for death. A proper balance needs also to consider the consequences for friends, loved ones and the community at large, especially the vulnerable. It is the responsibility of those advocating change to demonstrate that, all things considered and on the basis of real evidence, change would be for the better.

No solution will satisfy all Canadians. No matter the circumstance, some will find MAiD morally offensive. Others will resonate with those whose suffering cannot, apparently, be relieved, with MAiD as their right as autonomous human beings. However, if any level of comfort is to be obtained, it must be because the processes we establish give confidence that we know what we are doing. At the moment we lack that, and ill-considered expansion will not make it better.

Harvey Schipper is professor of medicine and adjunct professor of law at the University of Toronto. Harry Swain is a former federal deputy minister.

Canada’s economic freefall might be over, but the recession is far from done: MLI’s Leading Economic Indicator

The future of the Oil and Gas in the post-COVID Economy: Ken Coates on the John Gormley Show

The future of the Oil and Gas in the post-COVID Economy: Ken Coates on the John Gormley Show