History is chock full of rulers who ran into trouble trying to pick the pockets of too many people: Jack Mintz in the Financial Post 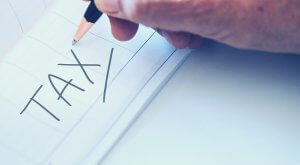 As we recover from the pandemic, our politicians might think it’s open season for taxation, writes Jack Mintz in the Financial Post. Below is an excerpt from the article, which can be read in full here.

If there’s one thing that’s booming in Canada, it’s government revenues. According to the latest IMF statistics, our federal, provincial, and local governments will raise close to $1 trillion in taxes, user fees and other revenues this year. This tidy sum accounts for 41.8 per cent of Canada’s economic output. Just six years ago, in 2015, governments collected a fifth less – about $800 billion – or 40 per cent of GDP.

Since 1981, Canadian governments have soaked up roughly that much of the economy to support their activities. Each man, woman and child is now paying $27,000 in taxes, fees and other revenues to governments. For a family of four, that’s over $100,000 on average. Yet some special interest groups pushing for more spending think taxes aren’t high enough – we need to tax businesses or the rich more to “build back better.” Even a centre-ish think-tank like the C.D. Howe Institute recommends a hike to the GST and capital gains taxes to deal with Canada’s yawning deficits.

Those keen to raise taxes should read a new book by Mick Keen of the IMF and Joel Slemrod of the University of Michigan. Entitled Rebellion, Rascals, and Revenue: Tax Follies and Wisdom through the Ages, its historical accounts suggest various creative ways to tax Canadians, including levies on dogs, cows, salt or windows. Canadian governments could even sell off honours, as France used to, covering 20 per cent of its war debt service costs this way until the French Revolution. Our governments do already “tax stupidity” – Voltaire’s encapsulation of lotteries, which typically pay out less than what people spend on tickets.