Religion is under assault in China. But Canada may not have the moral high ground it needs to defend it: David Mulroney in the Globe and Mail 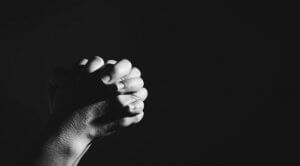 But what is certainly clear is that Canadians are unlikely to champion religious freedom in China, or anywhere, if we don’t respect it everywhere – Canada included, writes David Mulroney in the Globe and Mail. The following essay is adapted from a presentation to the Cardus Religious Freedom Institute’s online seminar, “Mao vs. God: State Control of Churches in China under Xi.”

When I arrived in China as ambassador in the late summer of 2009, I came armed with a personal belief that supporting religious freedom in the country would be a central objective of the human-rights program at the embassy. I was encouraged in this by the very welcome priority that the government of the day brought to the issue, which made it clear that religious freedom is a Canadian value and a human right enshrined in the Universal Declaration of Human Rights – one that belongs to everyone, everywhere.

This policy clarity upset some people in the department who were unhappy about the inclusion of religious belief among the human rights that they were being called to defend. They criticized support for religious freedom as an unfair and partisan intervention on behalf of one of two perspectives that deserved equal respect from an impartial Canada. The other perspective was typically described as the “freedom not to believe.” It was as if we were trying to impose on countries like China a specific religious perspective, rather than simply trying to ensure that people in China weren’t tortured or imprisoned simply for having a religious perspective.

Having seen how ruthlessly China suppresses both faith and the faithful, I’ve never been particularly worried about whether the freedom not to believe is imperilled there.

My work supporting religious freedom in China exposed me to a form of Chinese diplomacy that was, at times, even more combative than it is now. I saw how tense and insecure officials in China were when it came to matters relating to faith, and how little understanding – much less sympathy – Communist bureaucrats have for matters of the spirit. This profound gulf in understanding and experience, widened by decades of anti-religious propaganda, has bred ignorance, intolerance and even fear of religion.

I had to struggle tenaciously to visit even a few temples and monasteries when I was finally and grudgingly allowed access to Tibet. When I visited Xinjiang, in China’s far west, I was followed for an entire day by a car full of thugs. This effort at intimidation was triggered by my meeting, without first seeking permission, with members of China’s Ismaili Muslim community, who are cut off from their spiritual leader, the Aga Khan. I was given a public dressing-down by my Chinese government handler when I insisted on keeping my appointment at a Catholic seminary that was being harassed by Communist Party officials. I avoided such theatrics when I later attended a service at a Protestant house church, but only because I didn’t bother to seek permission beforehand, since I knew it wouldn’t have been granted anyway.

I endured a number of lectures from officials from the State Administration of Religious Affairs (SARA) – long-winded “opening” statements that often absorbed 55 of the 60 minutes allotted for our meeting. These sessions only served to reinforce my sense that the professional formation of Chinese officials renders them incapable of understanding religion as anything other than a superstition, but one that has sufficient motivating power to be a threat to the party.

This perception is reinforced if the religion in question is Christianity, despite roots in China that are 1,000 years old. Often, Christianity is referred to as foreign, colonial and sinister. Yet Christian missionaries played a role in introducing health care, education and other modern social services in China in a period extending from the late 19th century to the beginning of the Communist era in 1949. Canadian missionaries helped establish universities and medical schools, and cared for those injured in natural disasters and from violence inflicted by warlords and the invading Japanese. They even helped organize resistance to the cruel practice of foot binding, something that had been inflicted on generations of young Chinese women.

While China’s official antagonism to religion has been fairly consistent, its approach has not been uniform over time. The anti-religious extremism of the Cultural Revolution was followed by a gradual increase in tolerance broadly across many aspects of Chinese life, particularly in the 1990s and early 2000s. The notable and tragic exception was the party’s bloody 1999 campaign against Falun Gong, a spiritual practice whose growing popularity caused communist officials to initiate a violent crackdown and propaganda campaign that led to waves of persecution, arrests, and reported torture and death.

A major rationale behind Beijing’s decision to relax controls on religion was its belief that it needed foreign support to power its economic revolution. But when Western countries were laid low by the economic crisis of 2008, that belief was dramatically diminished. After that recession, former Chinese president Hu Jintao’s administration became notable for its growing hostility to religion. This was tragically illustrated by a brutal government response to demonstrations in Tibet in 2008, and in the wake of communal violence in Xinjiang in 2009. Unrest in both places was triggered by legitimate local fears of religious and cultural assimilation; in both cases, the crackdowns targeted belief and believers.

When I visited Xinjiang, just after those 2009 riots, I was appalled by the formidable Chinese military presence: a ring of armed troops and military vehicles surrounding the great Id Kah Mosque in Kashgar. When I visited Tibet, I encountered menacing armed patrols forcing their way against the flow of pilgrims circling the Jokhang Temple, the holiest site in Tibetan Buddhism.

Religious persecution has only deepened and darkened today under Xi Jinping. Even as the decades-long assault on Tibet continues, and as Christian churches topple, China is showing us something new in Xinjiang: the awesome power of the 21st-century surveillance state. It is chilling in its scope, ambition and efficiency, as Muslim holy places, scripture, music, cultural practices and even traditions of family life are methodically eradicated, while Xinjiang is itself transformed into a vast prison camp. China is effectively writing the textbook for religious persecution in the 21st century.

Not surprisingly, China’s response to COVID-19 has also created new opportunities for surveillance and control of religious institutions. According to The Globe and Mail, Beijing has effectively enlisted faith leaders in a broader campaign to promote the party’s patriotic agenda.

Party-cultivated fervour for Mr. Xi has verged on the religious. He has been inserted into religious liturgy and iconography in Xinjiang and elsewhere, mirroring his growing cult of personality in the broader party and society. Not so long ago, a more moderate party – one that was embracing consensus-based decision-making and a predictable, peaceful process for leadership transition – had tolerated a degree of ambiguity about who occupies the holy of holies in churches, mosques and temples. But as Mr. Xi consolidates his unquestioned personal authority, the pressure grows to enshrine him in the mysterious space at the pinnacle of each religion – the place reserved for God alone.

There is almost certainly an overseas dimension to Mr. Xi’s efforts to suppress religious freedom. The party seeks to infiltrate and corrupt any activity, cause or belief system, at home or abroad, that attracts target communities. When shared religious belief brings members of the Chinese diaspora, or Tibetans, or Uyghurs together in Canada, it offers the party an opportunity for infiltration, for surveillance, for influence operations and for intimidation. And our government fails these groups by being less than resolute when it comes to speaking up about religious persecution in China.

Part of the reason is bad diplomacy, plain and simple. There is a pervasive notion in Ottawa circles that you can advance a cause by not speaking honestly about it – that China will somehow moderate its behaviour in exchange for our silence, rather than shrewdly equating our silence with consent. But the silent treatment never works with China: It only emboldens Beijing.

Indeed, it is precisely this colossally naïve diplomacy that is at the heart of the Vatican’s disastrous but recently renewed agreement with China, in which the Catholic Church has obtained modest concessions relating to the appointment of bishops and, in return, has remained silent about China’s human-rights abuses, including attacks on the religious freedom of Chinese Catholics and other believers.

But there is more to Canada’s disinclination to speak out. I believe our present government has been indifferent, at best, when it comes to religious freedom here at home.

In 2016, Justin Trudeau’s Liberal government eliminated Global Affairs’ Office of Religious Freedom, a standalone initiative created by Stephen Harper’s Conservatives in 2013 to monitor religious persecution around the world. That announcement was delivered with a hint of secular disapproval: “We believe that human rights are better defended when they are considered, universal, indivisible, interdependent and interrelated, as set out in the Vienna Declaration,” said Stéphane Dion, who was foreign minister at the time. What’s hardest to understand is that he was saying this as violence was increasing against religious believers in China, Africa, South Asia and the Middle East.

Then, in 2017, Governor-General Julie Payette delivered an inexplicably offensive anti-religious rant. “We are still debating and still questioning whether life was a divine intervention or whether it was coming out of a natural process let alone, oh my goodness, a random process,” she said in a speech at the Canadian Science Policy Conference, mocking the idea that faith and reason could possibly intersect. Strangely, when the Prime Minister finally addressed the controversy, it was to defend his appointee, and not the millions of Canadians she had insulted.

That same year, we also witnessed the government’s clumsy attempt to require organizations applying for summer jobs funding to attest that their core mandate respects the right to abortion. Although this failed, religious organizations continue to worry, justifiably, about respect for conscience rights. They watch anxiously as the Canadian government broadens the availability of what it refers to as assisted dying by redefining promised safeguards as impediments before steadily sweeping them away.

This is deeply troubling. Perhaps those in power in this country can no longer summon the required reserves of understanding, tolerance and mutual respect that allow religious belief to flourish. But what is certainly clear is that Canadians are unlikely to champion religious freedom in China, or anywhere, if we don’t respect it everywhere – Canada included.

David Mulroney is  the former ambassador of Canada to the People’s Republic of China and an Advisory Council member at the Macdonald-Laurier Institute.

Standing on Guard - Why We Need to Secure Canadian technology and Innovators from the PRC: Henry Geraedts and Shuvaloy Majumdar for Inside Policy