in Domestic Policy Program, Health, In the Media, Latest News
Reading Time: 4 mins read
A A 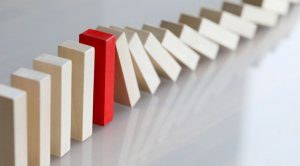 There are more than 7,000 diagnosed rare diseases in the world and over 350 million individuals suffer from them, with nearly one-fifth in India, writes Oommen C. Kurian, Parvathy Krishnan and Vijay Sappani in ORF.

In January this year, the Delhi High Court directed the Union Government to finalise and operationalise the new National Health Policy for Rare Diseases by 31 March 2021. However, this year’s budget made no new allocation for such a plan. Rare diseases, as the name suggests, are health conditions that have a very low prevalence. At first glance, it might seem to be a marginal issue which affects a handful of people, but there are more than 7,000 diagnosed rare diseases in the world and over 350 million individuals suffer from them, with nearly one-fifth in India.

Despite the fact that globally, the total number of people with rare diseases surpasses the population of the United States, efforts to properly diagnose and treat these conditions have been lagging. The small pool of patients has remained an impediment for drug and treatment development. The term “orphan diseases” is often used for these as less than five percent of rare diseases have treatment therapies available, most of which are prohibitively expensive.

This “orphan” status seems to hold true in the policy domain as well. The Ministry of Health and Family Welfare had published a draft of the National Policy for Rare Diseases 2020 for stakeholder inputs, after the Delhi High Court judgements on cases filed by families of rare disease patients in 2016. The policy embraces a minimalist approach and maintains that healthcare is a State subject.

Parallel to the preparation of the draft policy, the Indian Council of Medical Research (ICMR) announced the launch of a national registry, which aimed to cover a set of rare and ultra-rare disorders that are prevalent in India, in 2017. The process of nation-wide data collection is yet to take off and there is little publicly available data to inform decision-making.

However, the absence of data should not be confused with a lack of cases. Estimates suggest that around 70 million people suffer from a rare disease in India and the Government has to take proactive steps to ensure easy access to ‘orphan drugs’. Globally, rare diseases are responsible for 35 percent of deaths in the first year of life. Thirty percent of children with rare diseases will not live to see their fifth birthday. These numbers are likely the same or more drastic in India. However, despite the serious implications on child mortality, innovative ways to integrate rare diseases into the government’s ambitious Ayushman Bharat are absent in the draft Policy.

A rare disease patient’s journey begins before a diagnosis. In the US, it can take up to eight years for them to receive an accurate diagnosis. In India, this journey is significantly more prolonged due to the unavailability of testing, limited access to specialists, and a lack of understanding of the impact of rare diseases on the patient’s quality of life. Early diagnosis can improve avenues for life-saving interventions and therapies in patients with rare disease. Little has been planned at this time to enable access to faster, better testing or to subsidise testing costs.  Nor does the draft Policy make any headway on drug development or the inclusion of Indian patients in international clinical trials. From a policy perspective, rare diseases remain an individual/family’s problem rather than an urgent public health concern.

The draft Policy acknowledges that the annual cost of treatment for some rare diseases may vary from INR 10 Lakhs to more than INR 1 crore per year, with lifelong treatment – the cost of which increases as the patient ages. In addition to treatment, there are other associated overheads such as the cost of therapy, loss of caregiver jobs, and travel and special diets that need to be considered. The cost makes the treatment for rare diseases way beyond the paying capacity of an average Indian household.

Despite these glaring statistics, the money to be allocated for implementing the Policy, according to an earlier version of the draft, was a paltry INR 100 Crores, barely enough to make an impact.

Private initiatives such as foundations and patient support groups do exist to help patients find treatments and families find financial support. But without the allocation of national funds, these initiatives are likely to be stop-gap solutions. The Union government needs to craft a stronger, more holistic and empathetic policy, along with clear direction and support to State Governments, to improve the quality of life for rare disease patients and reduce their medical costs. A multi-stakeholder consensus, across sectors, regions and political affiliations needs to emerge to tackle this invisible yet urgent public health concern.

Canada in the Indo-Pacific – Shifting Economic, Geographic and Technological Context: Dan Ciuriak for Inside Policy

Canada in the Indo-Pacific - Shifting Economic, Geographic and Technological Context: Dan Ciuriak for Inside Policy