Racism is real, but that doesn’t make BLM right: Sonia Orlu in the Toronto Sun 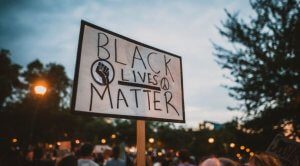 Issues of identity, racism, and policing have dominated the news in the wake of George Floyd’s killing, yet we have collectively lost our ability to have nuanced debates about them, writes Sonia Orlu in the Toronto Sun.

Issues of identity, racism, and policing have dominated the news in the wake of George Floyd’s killing, yet we have collectively lost our ability to have nuanced debates about them.

On one hand, there’s the Black Lives Matter movement. As someone who used to support their aims and objectives, my support eroded when I began critically examining the claims they made and the solutions they proposed.

Unfortunately, BLM distorts the facts or otherwise gets them wrong, painting an inaccurate picture which they then weaponize against critics. Contrary to their arguments, there is no definitive evidence that racism plays a primary or significant role in citizen deaths at the hands of police, as I have discussed in a recent commentary published by the Macdonald-Laurier Institute.

The BLM movement is premised on the deeply flawed “racism of the gaps” argument, which erroneously claims that any disparity of outcomes between racial groups is because of racial differences, as opposed to issues of class, culture, personal choices, or any other factor. But when controlling for other factors, objective evidence shows that racial disparities in outcomes like police violence tend to diminish radically or disappear outright.

Yet, on the other side, those who vehemently oppose the BLM movement often also lack nuance or knowledge about the facts. Inequality in opportunities and outcomes, arising from racist policies of the past, still exist. It is indeed true, for example, that Black people in the US and Canada, men especially, are arrested and convicted at higher rates than their white counterparts for minor crimes like drug possession.

These vestiges of a racist past, and the continuation of policies that disproportionately harm minority groups like Black and Indigenous people, are a reality with real effects. As a result, certain minority communities are unable to access the full range of opportunities that are enjoyed by others in society.

We also know that police violence and brutality are real issues. While the evidence is unclear that racism is the motivation, we should not allow debates over race to distract us from acknowledging this problem and committing to remedying it.

Racism and structural inequality are serious issues. Clearly, we do not live in some post-racist utopia. We can also recognize the serious problems with police brutality, use of force, and in some cases, discriminatory practices that persist. We can commit to finding workable solutions to these challenges.

But recognizing these truths and committing to solutions does not mean that the prescriptions provided by the BLM movement are somehow infallible, particularly when these groups tend to twist the reality of the situation. Rather than engaging in further divisiveness and reducing all issues to matters of racial identity politics, we should orient our thinking towards solutions.

Addressing racism requires elevating minority voices, to let us speak for ourselves and not be put into a box. This means including voices of those who disagree with the often radical Marxist agenda of the BLM movement. Addressing police brutality cannot be achieved with lazy solutions like “defunding,” when what is really needed is better funding to ensure greater avenues for transparency and accountability, such as body cams.

Above all, if we want to improve our society, we must acknowledge the facts about the problems and commit to evidence-based solutions. On both counts, movements like BLM fall short and in so doing, ultimately set back the cause of meaningful progress. But just because BLM might be wrong doesn’t mean that these problems aren’t real or that there’s nothing we can do about them.

Sonia Orlu is a PhD student in political science at Simon Fraser University and is the author of a recent commentary paper for the Macdonald-Laurier Institute.