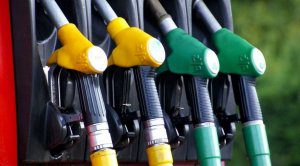 The Supreme Court may have approved the GHG pricing act but leaves to politicians to decide the best approach, writes Jack Mintz in the Financial Post. Below is an excerpt from the article, which can be read in full here.

Now that the Supreme Court of Canada has provided clarity on the Greenhouse Gas Pollution Pricing Act, it is time for the provinces using the federal backstop to move on with their own pricing schemes. The most important goal is to maintain as much independence as possible for the province to develop its industrial structure.

The Supreme Court decision, supported by six of the nine judges, argues that carbon tax legislation is consistent with the federal government’s power over “peace, order and good government.” The majority argued that the pricing scheme as structured is not a tax, but a regulatory system. Greenhouse gas emissions are a concern going beyond provincial borders, (which I might add also goes beyond Canadian borders), thereby requiring national standards.

POGG is a power that could result in significant intrusion by the federal government in provincial industrial policies and control over regulation of resources. The Act enables Canada to comply with its 2015 Paris Agreement but, as the majority notes, “the Act would only apply where provincial or territorial pricing systems are not strict enough to reduce global warming.”

The argument for carbon pricing, which I support, is that markets know best how to reduce the impact of greenhouse gases without onerous government interventions. Pricing is the least costly approach to achieving emission reductions. Revenues should be used to alleviate the impact of the tax on middle- and lower-income Canadians, protect business competitiveness and fund research into carbon-reducing technologies like geothermal energy, battery storage and hydrogen.