Police should abstain from cannabis consumption: Christian Leuprecht in the Toronto Star 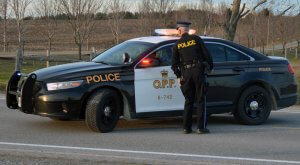 That cannabis consumption can jeopardize safety and operational effectiveness is uncontroversial, and unlike other professions, the cognitive abilities of the police must be at peak performance all the time, writes Christian Leuprecht.

Is the consumption of cannabis a right or a privilege? That depends on your chosen profession.

Professions are held in high regard — and are held to a high standard — because they are thought to be services that are highly prized, that require advanced skills to perform, and that enhance the public good.

In return, under Canada’s social contract, the professions are disproportionately well remunerated, many of them either directly or indirectly by the taxpayer. A first-class constable with the Toronto Police Service makes almost $100,000 for a job the police association likes to remind the public, especially during contract negotiations, is among the more complex, demanding and dangerous in the country.

Many of these professions have a unique mandate. The military, for instance, is the only entity in the country that may legitimately be authorized to use lethal force to advance Canada’s interests: “We are not the public service of Canada. We are not just another government department. We are the Canadian Armed Forces and our job is to be able to kill people,” as an infamous chief of the defence staff put it.

At times, that obviously entails “operating in a highly demanding environment or in a precision-oriented task” as summed up by the Forces’ cannabis policy. In return, Canadians have high expectations of uniformed members of the Forces.

The Forces’ cannabis regulations are a litmus test: although there are some eight-hour and 24-hour bans, effectively the Forces have directed a period of prohibition for cannabis consumption of 28 days under circumstances that require members to carry out duties that are largely unique to the military, including the prospect of having to make consequential life-and-death decision with repercussions for the Forces, the government of Canada and Canadians.

The Department of National Defence knew it had to get it right — balance the rights of its members with the privileges bestowed upon them by virtue of their membership in the profession of arms. It anticipated that its regulations would also be precedent-setting beyond the Forces. That is the case with the Toronto Police Service. With about 100,000 employees and a budget of more than $25 billion, Canada’s DND is uniquely resourced to research and monitor such regulations; that is what it will be doing.

In the meantime, the public has good reason to expect the professions to err on the side of caution.

Realistically, no operational member is going to get 28 days off in a row; so, a 28-day ban before returning to duty is effectively a ban on use. The president of the Toronto Police Association takes issue with that: “Because it’s going to be a legal substance, there’s no indication that impairment would last into 28 days. It seems to be an arbitrary number.” He may well be right; but he may also be wrong. “For of those to whom much is given, much is required,” president Kennedy famously paraphrased the Gospel of Luke.

The difference between the Forces and police is operational tempo. Whereas soldiers typically spend most of their time training and only a small proportion on operations, police are operational the vast majority of the time. Most police have to make critical decisions during every shift. Akin to a high-performance athlete, their cognitive abilities must be at peak performance all the time.

That cannabis consumption can jeopardize safety and operational effectiveness is uncontroversial: it can cause impairment of attention, cognition, mood, memory, judgment and motor skills. When core functions of a job description include driving a vehicle, often at high speeds, making fast-paced decisions with exceptional powers, including detention and arrest, and carrying numerous weapons to protect the public, Canadians will not only hold police to a higher standard, they have every right to expect reasonable sacrifices to ensure those standards are met.

Christian Leuprecht is a Munk Senior Fellow at the Macdonald-Laurier Institute and a professor in leadership at the Royal Military College, cross-appointed to Queen’s University.

Canada can expect more Russian disinformation efforts in the next year: Marcus Kolga On Perspective With Alison Smith

The civil service’s isolation does not serve Canadians: Philip Cross in the Financial Post

The civil service's isolation does not serve Canadians: Philip Cross in the Financial Post