in Latest News, Multimedia, Past Events
Reading Time: 3 mins read
A A

A man fighting against Canada’s publicly-funded health care system squared off against a former politician who helped defend it in another entry to the Great Canadian Debates on May 2, 2017.

Dr. Brian Day, an orthopaedic surgeon whose court case is challenging Canada’s single-payer health care model, argued in favour of the motion: “Our broken health care system is infringing the rights of Canadians”.

If Canada has such a great health care system, says @DrBrianDay, how come none of them are copying our system?

A vote against the motion is a vote in favour of a system that is harming Canadians: @DrBrianDay

We have a duty to look after the sick and injured, says @DrBrianDay

There is no perfect #healthcare system in the world, says @ujjaldosanjh #GCD2017

Private insurance, as @DrBrianDay is suggesting, does not lead to a better #healthcare system: @ujjaldosanjh

The Charter of Rights and Freedoms gives you the right to #healthcare, it doesn’t give you a right to commerce in #healthcare: @ujjaldosanjh

The two debaters discussed the matter on CBC Radio One’s Ottawa Morning. The debate was also livestreamed on CPAC.

Click here for photos and video from the event. 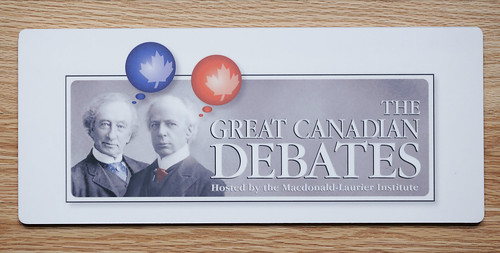