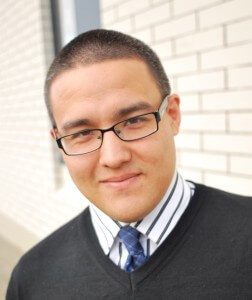 The government’s missteps on defence policy are reminiscent of the detrimental impact its predecessor in the 1990s had on the Canadian Armed Forces, writes Richard Shimooka.

Shimooka, a thought leader on defence policy, is the latest addition to MLI’s roster of Senior Fellows.

The Trudeau government’s recent defence budget has drawn comparisons with the Chrétien era — the one then-Chief of the Defence Staff General Rick Hiller once described as a “decade of darkness.”

In the 1990s, the collision of funding cutbacks, high operational tempo and an acrimonious relationship with the Chrétien government had a detrimental impact on the morale of Canadian Armed Forces (CAF) personnel. Few spoke out publicly — that’s not something the military’s ethos permits. Rather, they “voted with their feet” and left the service, leaving fewer personnel with the required knowledge and experience to carry the growing burden. Senior military leaders gamely defended the situation, insisting they had sufficient resources to do the job.

The decisions made by the current Liberal government are calling up memories of that period. The armed forces are straining under the burden of poorly-considered political decisions that have increased its international profile — while reducing the resources it needs to adequately do the job. Prime Minister Justin Trudeau suggests that the Canadians should wait until the Defence Policy Review is released before making any judgments. But the contours of that review are largely set.

The current and planned military commitments require a wide spectrum of military capabilities, including those needed to confront possible high-intensity conventional warfighting in Eastern Europe, counterinsurgency operations in Iraq, training and security sector reform in Ukraine and a nebulous promise to contribute to a UN peacekeeping mission.

Deployments have increased dramatically, from Iraq to Ukraine to Latvia. The Armed Forces now have more troops deployed than in any period since the end of major combat operations in Afghanistan.

Several of these missions were agreed to after political pressure by allies forced the government’s hand. Moreover, the token nature of these contributions (none involve more than 500 personnel) creates more strain for both personnel and the logistics systems than just one or two large deployments would.

And in order to save funding by reducing the financial benefits available for the CAF personnel involved, many of these operations have been classified as “training missions” — misleading, since they are all inherently dangerous.

At the same time, the government must address the failing capabilities of the Canadian Navy and Air Force. To this end, the decision to defer procurement projects until after 2025 clearly indicates the government does not intend to address the forces’ growing obsolescence. This, combined with a much higher operational tempo, recalls the guidance set out in the 1994 white paper: Do more with less.

The Royal Canadian Navy (RCN) has watched its combat capability literally rust out of service, losing two destroyers and two supply ships in the past five years. Few expect there will be sufficient funding to fully replace the entire fleet of frigates and destroyers. Indeed, in recently disclosed correspondence, Vice Admiral Mark Norman characterized political interference in a desperately-needed supply ship replacement contract as “blatant politics” and “soul-destroying”.

The Royal Canadian Air Force (RCAF) faces a similar situation with the announced “interim buy” of 18 Super Hornets to fill a suddenly discovered capability gap. That gap was a wholly political construct, intended to avoid the embarrassment of procuring the F-35 in a competition after a misguided pre-election promise.

As in the 1990s decade of darkness, the current situation will leave Canada with fewer resources to meet the defence needs of the country.

This decision has been universally panned, most notably by thirteen former RCAF commanders. It will waste upwards of $7 billion, diminish the Air Force’s combat capability and delay the actual replacement of the CF-18 fleet by at least five years. In short, doing absolutely nothing would be both cheaper and more effective. (To avoid embarrassing public disclosure, the government has placed an unprecedented gag order on procurement staff to coerce their silence.)

Some Canadians may believe the Liberal government is doing an acceptable job in this field, in part due to the public assurances of CAF leaders. However, informed Canadians — and those very same CAF leaders — know better. Political interference in operational military matters, insufficient funding and the ever-increasing operational tempo have negatively affected retention of highly capable and essential technical and operational personnel.

As in the 1990s decade of darkness, the current situation will leave Canada with fewer resources to meet the defence needs of the country. Few citizens or politicians will notice — at least until the next security emergency when they look to the CAF and find that the required forces are no longer there.

Richard Shimooka is a Senior Fellow at the Macdonald-Laurier Institute.

Canada “completely at a loss” on tackling economics of an aging society, Philip Cross tells BNN

Canada “completely at a loss” on tackling economics of an aging society, Philip Cross tells BNN