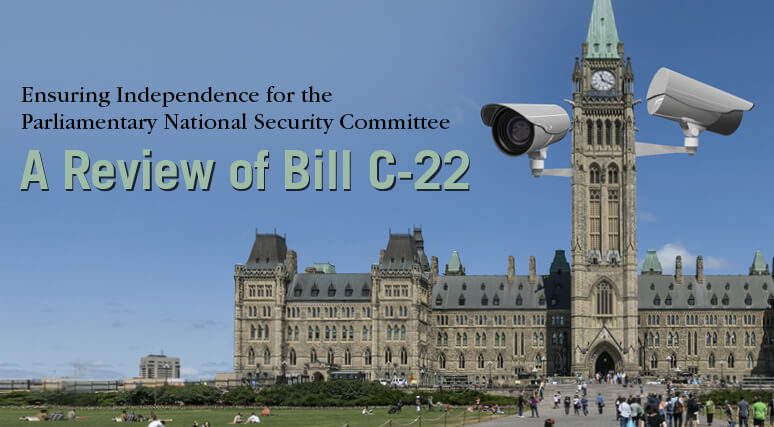 OTTAWA, Nov. 10, 2016 – Ottawa should be applauded for implementing a system of Parliamentary review of the government’s national security policies, but the new legislation will need tweaks to ensure that the Prime Minister doesn’t have too much power over the process.

That’s the message from Scott Newark in a new Macdonald-Laurier Institute paper that critiques Bill C-22. The proposed law would create a new Parliamentary committee of MPs and Senators that will review the activities of security agencies and offer recommendations for how to improve the government’s approach to national security.

But without changes to the legislation, Newark says, the proposed committee risks being overly dependent on the control of the Prime Minister’s Office and cabinet ministers.

“The independence and authority of the Committee is critical if it is to deliver on its promised role”, writes Newark.

The proposed Committee is expressly defined as not being subject to the regular committee procedures like power of appointment, election of chairs, scheduling meetings and filing of reports. Contrary to regular committee practices, the executive branch of government (PM and Ministers) has significantly heightened control including the power to authorize investigations or provide information, all expressly without challenge or appeal.

The PM appoints the Committee Chair, which is unprecedented. As the Committee would only meet at the chair’s direction, the Prime Minister’s hand-picked chair would wield significant power.

Further, Committee reports would be provided to the PM for screening before being filed in Parliament and while the Committee can conduct special reviews and provide reports to the PM, they are not provided to Parliament.

Why is effective review so important?

It offers an “after-the-fact” examination of large policy issues, such as the massive national security legislation, Bill C-51, and information sharing between various national defence agencies (such as CSIS and the RCMP).

It also derives possible “lessons learned” on specific operations. For example a specially authorized parliamentary committee could review how Ali Mohamed Dirie, a terrorist convicted of attempting to attack targets in Toronto and the area, was able to fly out of Canada to Syria following his release from prison.

But, Newark writes, work needs to be done if Bill C-22 “is to live up to the government’s stated commitment to parliamentary independence”.

Newark offers several recommendations for improving the process, including:

Scott Newark is a former security and policy advisor to both the Ontario and federal Ministers of Public Safety. During a 30-year criminal justice career, he has also served as an Alberta Crown Prosecutor, Executive Officer of the Canadian Police Association, Vice Chair and Special Counsel for the Ontario Office for Victims of Crime and Director of Operations for the Washington D.C. based Investigative Project on Terrorism.

Election 2016 opens an uncertain chapter for Canadian free trade with the US: Lawrence Herman

How Canada can turn the Trump presidency to its advantage: Brian Lee Crowley in the Globe

How Canada can turn the Trump presidency to its advantage: Brian Lee Crowley in the Globe