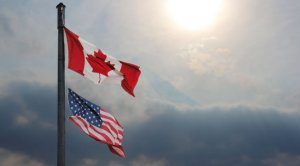 The aim of Canada-U.S. energy cooperation should be broader than just dealing with climate-change policies, writes Jack Mintz in the Financial Post. Below is an excerpt from the article, which can be read in full here.

Rumours abound that U.S. President Joe Biden will use the Climate Summit on Earth Day (April 22nd) to push forward the Democrats’ left-wing climate-change agenda. Expect some pretty tough global policy proposals, such as climate-related financial regulation. After the Trudeau-Biden virtual meeting a couple of weeks ago, Canada will be gung-ho, too.

Canada-U.S. co-operation to harmonize carbon policy may well help improve the effectiveness and reduce the cost of climate-change policies in North America. But it is too narrow an agenda. Instead, Canada and the U.S. should seek a sensible North American energy package that pursues multiple objectives.

The expected energy transition will take time. Almost every study of net-zero emission paths to 2050 shows that coal, oil and gas will remain a smaller but substantial part of the energy mix for reasons of technology, not to mention economics. So the aim of Canada-U.S. energy cooperation should be broader than just dealing with climate-change policies.

To promote North American competitiveness, both governments should be seeking policies that promote cheap, reliable and clean energy. That sounds like virtue-signalling; in fact, these goals are not easily achieved since they conflict with each other. As we saw with the debacle in Texas, cutting costs to prevent equipment from freezing can lead to severe outages. Neither can we achieve reliability if we put all our chips on wind and solar energy, which are intermittent, without back-up supply and cheap battery storage.

Clean energy isn’t cheap, either. Reaching net-zero GHG emissions by 2050 will require trillions of dollars of spending on new sources of energy, distribution lines and charging stations, as well as on technologies to put carbon underground or take it out of the air. These all come with a hefty cost that someone will have to cover, including the middle class. So far, both governments have picked their target but have little clue as to the least-cost path to achieving it — assuming it is feasible.