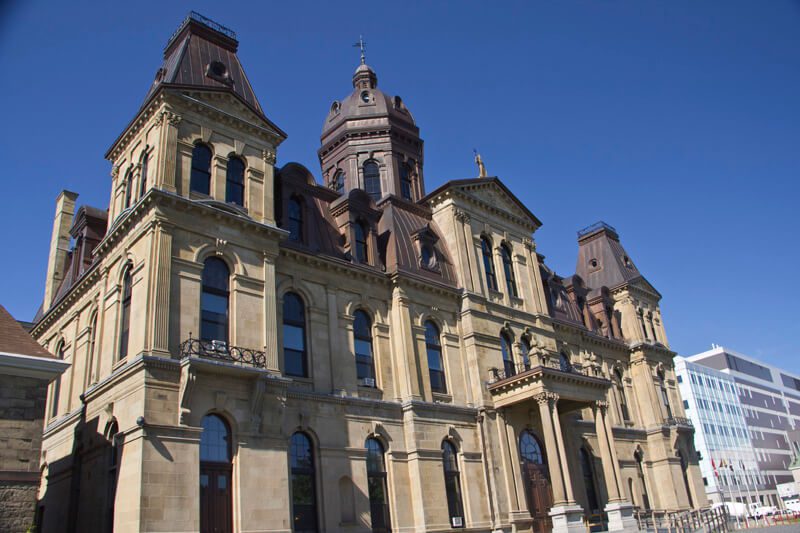 We cannot expect to attract and retain skilled workers without attractive employment prospects and we will only lure job-creating enterprises with an attractive business environment. Just being competitive is not sufficient, writes Daniel Nowlan.

I am worried about New Brunswick, which faces existential threats to its economic well-being from several fronts.

The province, including NB Power, has a crushing level of debt of close to $19 billion. With a population of only 750,000 people, that comes to over $25,000 a person. While not a direct parallel, Puerto Rico went bankrupt with a debt burden of $74 billion for 3.4 million people or $22,000 per capita.

The provincial government currently receives one third of its annual budgeted revenue from federal transfers and equalization payments rather than its own source revenues. Our population is stagnant and aging and we have a real problem attracting and keeping immigrants. We also have difficulty attracting new businesses. Yet we simply can’t sustain an aging population in our precarious financial state without economic growth. Nor can we support health care and the other vital social services New Brunswickers have come to expect.

Radical action is needed to deal with these challenges. Even painful austerity would not fix anything. Unless the province can attract capital, our standard of living will languish and even decline.

Unfortunately, it is extremely difficult to convince business people to set up shop in New Brunswick for a host of reasons, including one of the highest tax burdens in North America.

We cannot expect to attract and retain skilled workers without attractive employment prospects and we will only lure job-creating enterprises with an attractive business environment. Just being competitive is not sufficient. We need to be better and better doesn’t mean the best package of corporate welfare. New Brunswick has tried that for years and it just doesn’t create long term sustainable employment.

We need to set a goal for growth in population and private sector jobs. Maine and Nova Scotia are similar in size, but both have larger, denser and slightly growing populations. If New Brunswick had the same population density as Nova Scotia we would have just over 1.2 million people. What if we set an ambitious but achievable goal of 1 million people in New Brunswick in 10 years?  The private sector needs to generate 130,000 or so long term sustainable jobs to attract the 250,000 more residents we need over the next 10 years.

We have all seen successive provincial governments come forward with marketing campaigns that essentially say that New Brunswick is “Open For Business”. Yet those campaigns simply haven’t worked without substantial government subsidies. And even then, the jobs never last. Corporate taxes represent just $300 million of the province’s $9.5 billion budget, and most of those taxes come from successful employers in order to subsidize unsuccessful ones. The best message New Brunswick could ever send to the global business community would be a zero percent corporate tax rate.

My former boss, Minister of Finance Joe Oliver, used to say governments are bad at picking winners and losers but losers are great at picking governments. From Bricklin to Atcon to wind mills that freeze in the dead of winter, it’s been a long string of failures for New Brunswick. It is time for a bold step – use a zero percent corporate tax rate as our brand and stop subsidizing failure by ending corporate welfare. This measure alone would get New Brunswick in the conversation when boards of directors and investors are making capital allocation decisions. If we can get considered in the discussion we can win, we have a bilingual, skilled population, great educational institutions and we are next door to the largest economy the world has ever seen.

Our personal tax burden is also among the highest in the country. We need to make New Brunswick an obvious choice for skilled medical professionals to practice, business leaders to build companies, scientists to innovate and artists to create. We can encourage them to come here and contribute to our great province by letting them keep more of the money they earn. New Brunswick should move to one flat low tax rate like Ralph Klein’s famous “Alberta Advantage” 10% flat tax structure.

We should also work with the Province’s first class educational institutions to attract more out of province and foreign students. And once they are here we should make every effort to keep them with high paying jobs or the opportunity to create companies of their own.

In addition to lightening the tax burden on people and businesses we also need to look at best practices throughout North America for how to exploit our resources and build a regulatory approval process that will be as efficient as possible, without sacrificing the environment or our workers’ health and safety.

If we can grow our population by creating the business environment that will foster long term, high paying, rewarding jobs, New Brunswick can be what we all want – a place where our kids will want to build careers and families, not a place they just visit in the summer. Donald Savoie recently said “New Brunswick requires nothing short of a Churchillian effort to deal with the province’s daunting economic challenges”, I agree, the need is urgent. The time for bold action is now.

Daniel Nowlan was chief of staff to finance minister Joe Oliver. A native of New Brunswick, he sits on the board of regents at Mount Allison University and is a board member of the Macdonald-Laurier Institute. He currently serves as vice-chairman at National Bank.