in Aaron Wudrick, Columns, In the Media, Latest News
Reading Time: 3 mins read
A A 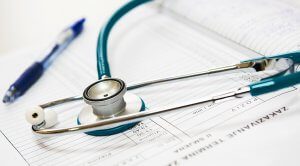 The real threat to Canadian health care isn’t private sector involvement. It’s politicians who confuse the issues, defend the status quo, and attempt to stifle any debate or attempt at reform, write Shawn Whatley and Aaron Wudrick in the National Post. Below is an excerpt from the article, which can be read in full here.

Twitter promptly slapped a “manipulated media” warning on Freeland’s video, which had been edited to take O’Toole’s comments out of context. Freeland’s accusation was clear: O’Toole was pledging a dramatic change to the status quo for health care in Canada.

If Freeland had dropped the charge, we could overlook this as a bit of political theatre. Instead, both Freeland and leader Justin Trudeau doubled down on their message. However, their claim cannot survive even the most basic scrutiny.

For starters, it would be impossible for any politician to “bring” for-profit health care to Canada — it’s already here. For decades, medical imaging, laboratory, and diagnostic services have operated as private, for-profit services within Canada’s publicly-funded, universal health care system. Even though the clinical and business aspects of medicine are heavily regulated in Canada, doctors’ medical offices are still almost all privately owned.

Indeed, the fact that many Canadians are completely unaware that these services are already privately provided proves it is possible to incorporate private elements into the system while maintaining universality.

Opponents of “for-profit” health care tend to focus on the United States as the only alternative health-care model on earth. It might be a deliberate tactic. Horror stories about six-figure hospital bills from the states scare the daylights out of people, and can effectively end the debate about privatization for most voters.

But a broader international comparison clearly shows that both Canada and the United States are outliers at opposite ends of the spectrum on health-care design. The U.S. does not have universal access; Canada does. America allows private, for-profit care paid for by patients directly, or with medical insurance; Canada insists that all medically necessary care must be paid for using tax dollars. Virtually every other country with a modern health-care system comes somewhere in between.

1000 Days: How Canada Should Fight Back Against Global Hostage-Taking