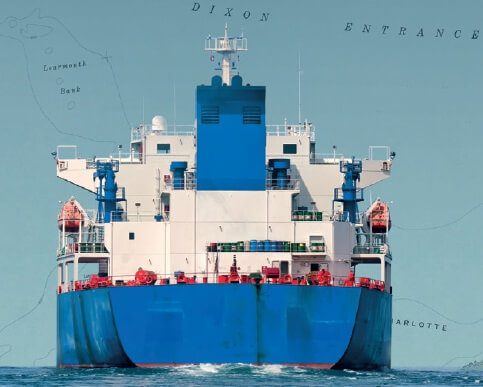 OTTAWA, March 14, 2012 – Recent opposition bills in Parliament have proposed a ban on oil tanker traffic through West Coast waters with the goal of pre-emptively preventing the possibility of an oil spill. According to a new report released today by the Macdonald-Laurier Institute, these opposition bills would add little to the goal of environmental safety, directly damage the legitimate and profitable use of Canada’s petroleum resources, and open a Pandora’s Box of legal problems. The report, Making oil and water mix: Oil tanker traffic on Canada’s West Coast, comprises three essays by leading experts who examine the environmental, economic and legal arguments in favour of an oil tanker ban.

On the safety and environmental impact of oil tankers, Dr. Philip John provides compelling data that Canada’s record of managing oil tanker traffic safely in ecologically sensitive waterways is already much envied in the international shipping community. The number of oils spills in Canada has declined dramatically over that last 30 years from a high of 18 in the 1980s to six during the 1990s, to zero in the 2000s. Only the Netherlands and Sweden can match Canada’s perfect record in the last decade. Dr. John attributes this success to Canada’s regulatory standards and a keen sense of awareness for safety and environmental consciousness. Moreover, Dr. John finds that banning oil tanker traffic in coastal waters will only force its delivery by other modes of transportation resulting in an increase in its price and exacerbating environmental risk. From the perspectives of efficiency, cost-effectiveness, and reduced greenhouse gas emissions, tanker-based shipping is far superior to rail and truck.

On the economic impact of a ban, internationally-recognized energy economist Roland Priddle finds enormous negative consequences for the Canadian economy and individual workers. He cites conservative estimates of the national economic benefits of a pipeline and port project on the West Coast, which would be nullified if a ban on tankers were introduced. Such benefits included increased GNP of $270 billion, revenues to government of $81 billion, and some 558,000 person-years of employment. In addition, Priddle points out that banning oil tanker traffic means forfeiting a nationally important opportunity to further diversify our trade and investment relationships with Asia, the world’s largest and fastest growing economic region.

Finally, legislative efforts to ban oil tanker traffic would open an unnecessary dispute with the United States based on jurisdictional claims over West Coast waters. According to Robert Hage, bills designed to ban tanker traffic assume recognized and well-defined water boundaries, but the opposite is true on Canada’s West Coast. Canada has been vague about the boundaries, relying on fisheries closing lines instead of drawing more standardized and accepted boundaries. Such ambiguities would inevitably lead to serious disputes with trading countries that rely on such tankers. In addition, opposition bills such as Bill C-211 would block U.S. access to the Alaska Panhandle, which would cause further irritation with the U.S.

Jason Clemens, co-editor of the series and MLI’s director of research commented, “According to these authors, the proposed ban on oil tanker traffic would cost Canada entry into the Asian crude oil market, forgo economic growth, tens of billions in lost revenue for government, and tens of thousands of jobs. The ban would also force Canada to abandon an extremely safe and efficient way to transport oil. Finally, it would undoubtedly be challenged under international law because it would seem Canada does not have the right to prohibit all passage in the area in question. By any measure, the costs of the proposed oil tanker ban are extremely high with little corresponding benefit.”

Dr. Philip John is the Marine Fleet Manager of the Woodward Group of Companies of Newfoundland and Labrador.

Roland Priddle is an economist and energy consultant with over 30 years of experience in the energy industry and federal government. Priddle is a member of the Order of Canada, the Canadian Petroleum Hall of Fame, and was Canadian Energy Person of the Year in 2006.

For more information or to arrange interviews, please contact Tripti Saha at tripti.saha@macdonaldlaurier.ca or call (613) 482-8327, ext. 105.

The Macdonald-Laurier Institute is the only non-partisan, independent national public policy think tank in Ottawa focusing on the full range of issues that fall under the jurisdiction of the federal government. www.macdonaldlaurier.ca

Ottawa Citizen: Regardless who wins the U.S. election in November, Canadians will be holding more cards than we have in the past