Mining is on a strategic roll: Ken Coates in the Hill Times 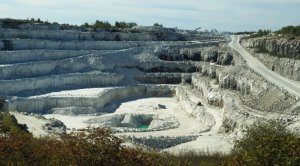 With the rapid expansion of the global innovation economy, the availability of strategic minerals has become a critical element in the development of the 21st century economy, writes Ken Coates in the Hill Times.

The Canadian mining sector has been a vital cog in the country’s economy during the pandemic, with the importance of the industry growing steadily over time. Operations and exploration continued during the COVID-19 outbreak, collaborations with Indigenous communities expanded, technological sophistication accelerated, and, at a time when environmental assessment processes deter investment in Canada, international companies find this country a solid business environment. With the rapid expansion of the global innovation economy, and given the foundational importance of selected elements, the availability of strategic minerals has become a critical element in the development of the 21st century economy.

While Canada has a well-deserved reputation for producing industrial scale minerals, like iron ore, copper, nickel, lead, and the like, and numerous precious minerals, including gold and diamonds, it does not have a strong presence in the strategic mineral sector. These commodities, which include such minerals as lithium and a group of hard-to-find rare earth minerals, play a critical role in the development of 21st century commercial and industrial products, including many in the high-technology sector.

The list includes such minerals as antimony, beryllium, indium, magnesium, niobium, tantalum, and tungsten. Tantalum, for example, is used in the alloys incorporated in mobile phones, computers, and video game components. Niobium is used in the making of steel alloys for gas pipelines, advanced engines, and superconductors. Lithium plays a key role in the production of lithium batteries that are crucial in the renewable resource economy, and is perhaps the best known of the strategic minerals. These minerals are described as technology-critical elements.

Strategic minerals fit into crucial niches in the global industrial supply chain. Their importance is underscored by the fact that most are in short supply. In most instances, the amount of minerals needed is small, but nonetheless critical in industrial processes. The global markets, therefore, are often quickly satiated, making it difficult to attract sustained investment for exploration and development.

However, these strategic minerals are so important to vital industrial and manufacturing processes that ensuring a steady supply is crucial to long-term technological viability. At present, much of the production is controlled in risky political environments, including China (which produces more than half of the world’s rare earth metals), Russia, Brazil, and several less-than-dependable regimes. The well-being of the high-technology sector depends on steady and competitively priced access to these essential elements but supply remains uncertain.

Clearly, 21st century industrial processing relies on a consistent supply of strategic minerals. Canada has substantial quantities of these critical industrial components, often produced as the byproducts of other mineral production. Unlike Canada’s large-scale mines, strategic minerals often come from smaller operations or subsidiary production. Rio Tinto, for example, has developed a valuable scandium oxide facility in its production plant in Sorel-Tracy, Quebec. The mineral is used in aluminum production. The scale of planned production is comparatively small—three tonnes per year representing 20 percent of the global demand—but vital to global manufacturing processes.

The national situation is complex. Canada has substantial deposits of strategic minerals often available as byproducts of other mining activity. The demand in Canada and globally, while essential in dozens of high-technology production processes, is comparatively small. Adding extractive capacity in selected minerals could easily swamp the commercial market. With most of the current and future production likely coming as the byproduct of other mining activity, the search for and the development of strategic mineral capacity is understandably connected to the viability of the broader mining industry.

Moving forward with a national strategic minerals strategy requires extensive consultation and creative engagement. First, Canadians need to learn more about the importance of the field, including the variety and need for a broad range of strategic and rare earth minerals. The connection to Canadian and global high-technology production also has to be highlighted. The country must come to appreciate the scale of available minerals and the barriers to careful and thoughtful development.

Other countries are moving forward aggressively in this area. The United Kingdom has made critical minerals a matter of national urgency, working with allies in producing and industrial nations to lock down long-term supply. Collaboration on rare earth production between the U.S., India, Australia, and Japan is also ramping up. Australia, a key natural resource competitor nation to Canada, has made significant investments in strategic minerals production and supply chain integration, binding its mining industry to several of the world’s most active high-technology industrial countries.

Strategic minerals have to be afforded high priority within the resource economy, with the country working with Canadian producers and manufacturers and key industrial clients in partner countries to identify medium- and long-term needs. Given the centrality of these minerals to the renewable energy sector, high-technology firms and strategic production generally, forecasting and publicizing the downstream demand for these minerals is essential. While intense government investment would distort an already complicated field, a coordinated effort to promote the field is essential and will help expedite development processes.

Natural Resources Canada has started the national effort, promoting national discussion about critical minerals and raising the profile of this previously little-known area. Canadian-based companies, many with strong connections to global supply chains, have existing and future properties of global significance. While the country’s high-technology industrial sector is underdeveloped, the availability of a steady supply of critical minerals could be turned into a marketable advantage. There are two crucial areas of opportunity: the development of specific properties, such as northern Ontario’s rare earth mineral deposits, and the production of a wide range of strategic minerals as by-products of other mining activities.

It is time for Canada, as a nation, to follow Australia’s lead in promoting and supporting mineral development as a key element in 21st century competitiveness and not, as is too often the case, according to the old image of mining as a key element in the “old economy.” We need to streamline regulatory and assessment systems, involve Indigenous communities earlier and more comprehensively in development processes, and encourage collaboration between the mining and industrial sectors in Canada and with trusted partner nations.

Canada does not have many areas of global strategic economic advantage. Mining remains foremost among them. It is vital that Canada treat the mining sector as the critical element in national prosperity in the age of rapid technological change.