Military efforts at home are increasingly the norm. A Joint Task Force Canada is the next logical step: Christian Leuprecht in the Globe and Mail 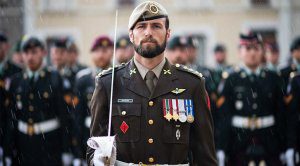 Evidently, domestic operations are no longer a part-time sideshow, yet the CAF still responds to emergencies with pick-up teams, writes Christian Leuprecht in the Globe and Mail.

Two years ago, few could have imagined that the Canadian Armed Forces (CAF) would end up managing a global supply chain for national vaccine distribution and backstopping the provincial mismanagement of 54 long-term care homes. The pandemic also showed that no one in government fully understands national supply chains across Canada. Still, no part of the country ran out of personal protective equipment even when supply was critically short, because CAF logisticians had the managerial savvy to locate it, CAF planners executed without having to rely on other partners or equipment, and the Royal Canadian Air Force transported it where it needed to go.

Time and again, the Department of National Defence has been called on as the only federal organization with the highly trained, well-educated and experienced roster of specialists and assets to plan and execute complex and large-scale operations in short order. Under Operation Laser, the CAF had a COVID-19 plan that it was able to execute while coming to the assistance of other government departments. Major-General Dany Fortin’s cross-appointment as the Public Health Agency of Canada’s VP Operations and Logistics speaks volumes to the government’s confidence in the CAF to deliver on the vaccinations that are now a top priority for Canadians.

The Canadian defence policy document “Strong, Secure, Engaged” has technically and effectively enshrined concurrent foreign and domestic operations. So why has no part of the Forces been designated exclusively for domestic operations?

In 2006, then-chief of the defence staff Rick Hillier re-organized the CAF into Canadian Expeditionary Forces Command and Canada Command. Once the Olympics and G7 had passed, in the pursuit of staffing economies to support the Afghanistan mission, both commands were collapsed into the Canadian Joint Operations Command (CJOC). As the only force employment headquarters across the CAF, CJOC manages everything from UN observers in North Korea to floods in Manitoba. The pandemic experience is a prompt to reprise retired general Hillier’s vision for the CAF in the 21st century.

Over the past decade, Canada has become more reliant on the CAF to respond to domestic emergencies: the number of CAF’s domestic taskings has doubled and tripled over the two previous decades. These operations have proven well within the capabilities of the CAF. But in the event of floods, forest fires, or a grave international crisis, CAF assets currently dedicated to the pandemic may have been unavailable. Climate change is bound to multiply the frequency of crises such as wildfires and floods in the coming years, and that will increase demand for CAF resources. The pandemic is a harbinger of future CAF domestic operations that are more frequent and complex, longer and larger without the ability to rely on help from allies. Although the CAF has been able to deliver, after 15 years of efforts focused on counterinsurgency and building partner capacity, Canada’s military still has much to learn and re-learn about large-scale operations.

For decades, the CAF has prioritized a strategic culture premised on Army expeditionary operations despite the fact that Afghanistan represented the only such mission in the past 60 years. Since the late 1950s, CAF leaders have vehemently resisted anything seen as diluting the combat role: they argue that it is easier to “scale down” from combat than to “scale up” from domestic operations. But that is a false dichotomy, and politicians are looking for a broader contribution to national security from their annual defence investment of $22-billion.

This is an opportunity for the CAF to reflect on its operational logic. Is the current command and control construct sufficient? On the one hand, Operation Laser headquarters were built for overseas operations, not domestic ones. On the other hand, the mission apportioned 24,000 troops, about 14 times the CAF’s total allocation to its domestic Immediate Response Units.

Evidently, domestic operations are no longer a part-time sideshow, yet the CAF still responds to emergencies with pick-up teams. CJOC needs a dedicated Joint Task Force (JTF) for domestic operations, composed of regular and reserve forces. The newly appointed Chief of the Defence Staff, Vice-Admiral Art McDonald, is experienced at conducting domestic operations: he was the commander of JTF Pacific from 2016 to 2018 and ran humanitarian assistance and disaster relief operations as maritime component commander of JTF Haiti in 2010. That background should come in handy as the CAF ponders how to optimize its force structure in response to growing domestic, continental and international demands on its limited assets.

Christian Leuprecht is Class of 1965 Professor in Leadership at the Royal Military College, cross-appointed to Queen’s University and senior fellow at the Macdonald Laurier Institute.