in Columns, COVID-19, In the Media, Latest News, Shawn Whatley
Reading Time: 5 mins read
A A 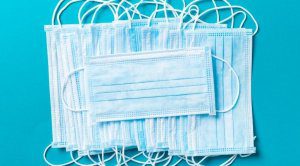 We can beat both pandemics, respiratory and mental. But we must first acknowledge they both exist, writes Shawn Whatley in the Epoch Times.

COVID-19 has caused two pandemics. The first infects our bodies. The second corrupts our minds. A respiratory virus caused the first; a mental virus the second.

We can beat the first pandemic with reason, science, and experimentation. People will need comfort with ambiguity, uncertainty, and changing information. But it is not impossible to beat. We must embrace the exploratory nature of trial, error, and experiment.

The second pandemic cannot be beaten in the same way. It must be abandoned. We can inoculate against the nonsense caused by fear, but it will require hard work to learn things long ignored. Although fear caused the second pandemic, the disease itself manifests as political nonsense.

What can we do about COVID-19? We swab, social distance, and hand-wash. But we have no treatment. Our entire plan rests on preventing transmission while we wait for a vaccine.

Masks seem a reasonable way to block a respiratory virus, but not everyone agrees. Despite public recommendations, some simply refuse to wear a mask.

This exasperates politicians and those working on the front lines of care. Even if we do not have perfect evidence, masks seem the neighbourly thing to do. Maybe we have no choice but to force people to wear them?

Mask laws are not the same as masks. While obvious to most, some find this nuance strange, almost mischievous. They attack anyone who doubts the wisdom of mask laws by flinging out evidence in support of masks. Even if we knew that masks worked perfectly (which we do not), we would still need to debate whether we should pass a law about them.

Some insist masks are the same as seatbelts. Seatbelt laws save lives, but aside from both being things that people wear, seatbelts and mask are entirely different. Seatbelts protect drivers and passengers, not the pedestrians they run over. The causal connection between exposure and outcome for seatbelts is clear for those riding in the car.

The level of evidence supporting seatbelts cannot compare with that for non-medical face coverings. Whether or not, and to what degree, non-medical face-coverings decrease the burden of disease in the community remains unknown. This ecological relationship offers a place to start scientific study. It is not a point to start writing laws. True, some populations have high mask use and low transmission rates, but we don’t know whether masks cause the benefit or something else entirely.

Some day we might have enough evidence to prove that wearing masks decreases disease. But even if we had proof, could we implement a mask law? How would we define and oversee proper mask use? How far down one’s nose must a mask fall before we consider it illegal? Can we tell if masks are in good working order? Are they new, clean, not soiled, and so on? Do people need letters of consent for mask exclusions?

Notwithstanding these difficulties, some argue mask enforcement is the same as enforcing drunk driving laws. Here again, they are entirely different. A weaving car with a staggering drunk driver used to demand expert sleuthing by police. Today, breathalyzers remove the guesswork; a number on a machine determines guilt, not an opinion about the smell of booze on a driver’s breath.

We have had many pandemics, such as HIV, with clear connections between cause and effect. After extensive debate, we have never passed barrier laws.

Our society has run for decades on fumes from a different age. Although voters support slogans such as “tell your own truth,” the state machinery still attempts to function on old ideas about reason and logic, where truth is not an opinion and never “your own.”

Regardless of how we fail in trying, Parliament still rests on debate and division of power (see Monstesquieu). Our British form of government combines the best of monarchy, aristocracy, and democracy. It grew from the fact that men find ways to corrupt any political system. We insure against corruption by using the best of each approach to limit the worst of all the others.

Students no longer learn about the Westminster parliamentary system, let alone what it tries to achieve or avoid. Why is our system better than others which came before? Hint: It is not because capitalism creates cool stuff to buy. Do we even know what our system tries to avoid?

We seem to have lost a collective sense of the fragility upon which our balanced system of freedom and order rests. We need a firm grip on why we have our system of government and the dangers we are trying to avoid. Without it, we remain ignorant of how to manage the danger of a pandemic, while avoiding the even greater danger of bad government.

We need to immunize against fear and the nonsense it inspires. Inoculation against nonsense already exists, but it requires hard work and serious study.

When it comes to mask laws, we might start by learning about legal instrumentalism—passing laws to solve social problems—and how this differs from the rule of law. Then, we might explore why the Founders of Confederation designed Parliament the way they did. They knew about threats to national security. But what did the founders fear most? What were they trying to achieve? Modern narratives aside, the founders were not trying to cheat, steal, and colonize the world. They were trying to build a peaceful nation, free of government tyranny. We should understand the options they considered.

For most people under 65, COVID-19 is about as lethal as influenza. Even though we have had flu vaccines for years, most younger patients refused them and did not suffer for it. We will survive COVID-19, whether or not we get a vaccine.

A vaccine for the second pandemic presents a bigger challenge. Fear infects a naive host that has been taught to reject the treatment that could save it. The second pandemic infects society and causes vital organs to fail, starting with parliamentary process and the rule of law.

We are long past worrying about civil liberties in pandemic planning. We must now focus on the fabric that holds together government, law, and civilization itself.

We can beat both pandemics, respiratory and mental. But we must first acknowledge they both exist.

Shawn Whatley is a physician, past president of the Ontario Medical Association, and a Munk senior fellow at the Macdonald-Laurier Institute. He is also the author of an upcoming book titled “When Politics Comes Before Patients—Why and How Canadian Medicare is Failing.”